Strange Path to a Nobel Prize 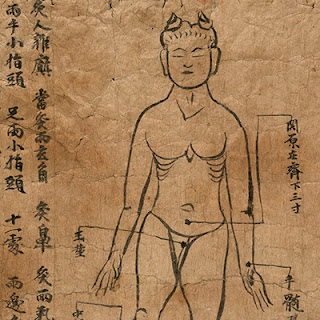 One of the winners of this year's Noble Prize in medicine was Chinese doctor Youyou Tu, born 1930:


Dr. Tu won a Lasker Award in 2011 for her discovery of Artemisinin. During the Cultural Revolution, in the 1960s, the Chinese government began a project to find a new malaria drug that could replace the standard treatment, chloroquine, which was losing effectiveness as malaria parasites developed resistance.

Dr. Tu and her colleagues pored over the literature on ancient Chinese remedies and collected 380 extracts from 200 herbs that offered promise. One of the plants they studied was sweet wormwood, or Artemisia annua, which was used by Chinese herbalists centuries ago to treat fever. They found a way to extract an active substance from the plant, removed a toxic portion of it and show that it wiped out the malaria-causing parasite in animals. Today, Artemisinin and its derivatives are typically coupled with other therapies as the “first-line treatment” to combat malaria.

Artemisinin, when used in combination therapy, is estimated to reduce mortality from malaria by more than 20 percent over all, and by more than 30 percent in children. In Africa alone, it saves more than 100,000 lives each year.

So somebody actually did find a way to get something good out of the Cultural Revolution. I imagine the command came down from Beijing to cast aside western imperial medicine and rely on the wisdom of the people, or something like that. Youyou Tu and her colleagues took that as a call to get serious about the scientific testing of traditional remedies, with spectacular results.
Posted by John at 7:29 AM

I was always under the impression that in the 1960s, the Chinese were violently rejecting their historical traditions as being "backward" and insufficiently modern. Hence the Great Leap Forward, with all the wanton destruction of anything deemed too "old" for the tastes of the roaming militias and mobs.

Okay, so I just did some quick research, and it turns out the research program that produced this development only began in 1967, and actual discovery didn't occur until 1972, which is cutting it pretty close to the end of the Cultural Revolution. Meanwhile, the major convulsions of the Great Leap Forward were more or less over and done with about an entire decade earlier than that, so that seems like more than enough time to reverse direction on the general issue of finding value in the "old".