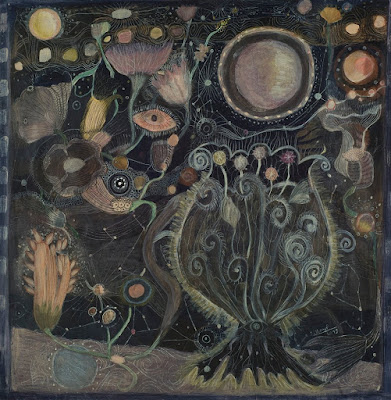 Solange Knopf is a self-taught Belgian artist born in 1957. Her gallery says this about her:


Like many others of her generation she dipped in and out of the world counterculture of the 60’s and 70’s and travelled the globe (India, Afghanistan, Iran, Morocco). Circumstances led to some personal tragedies and drawing became a way of assuaging pain, depression and confusion, confronting her own and other’s demons to give her life a focus. 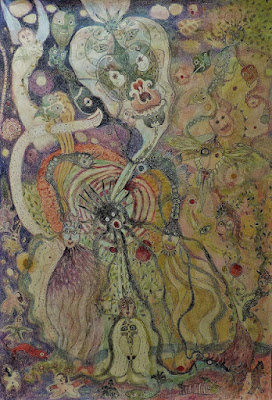 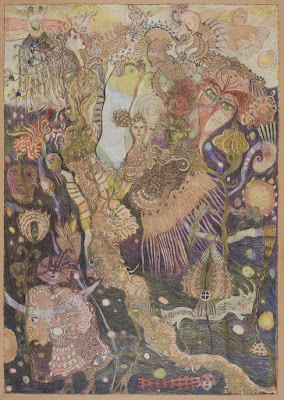 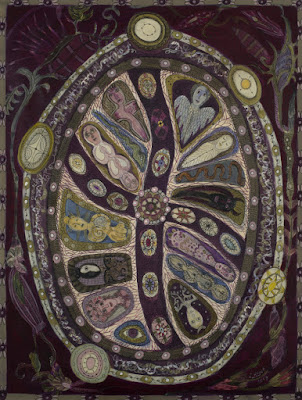 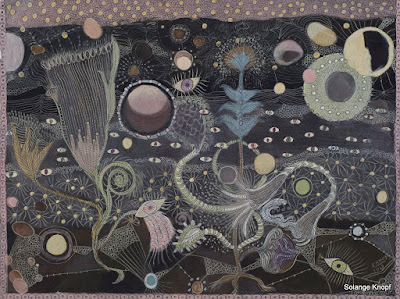 Spirit Codex No. 18, 2014. I suppose one could dismiss these as mishmashes of Austrialian and Indonesian imagery by a mad white woman, but I like them a lot. 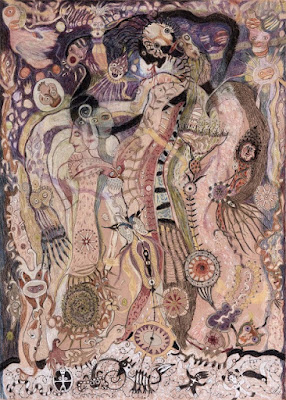