Scythian Treasures from the Hermitage 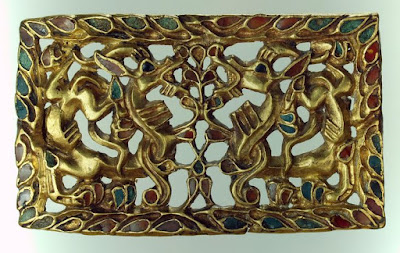 Since I have something like an obsession with the archaeology of the ancient Scythians, of course when I was searching the Hermitage Museum web site I looked for more Scythian wonders. (Belt plaque with dragons) 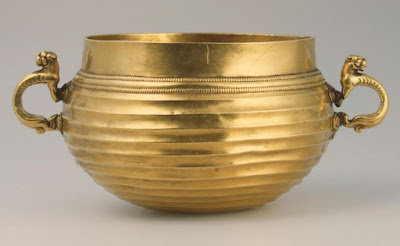 I already posted images of Scythian treasures here, here, here, and here. Many of the most famous objects from Scythian tombs were actually made by Greek craftsmen in the cities around the Black Sea, although sometimes obviously for Scythian clients. Today I emphasize things made by Scythians themselves, or at least by craftsmen working more in the steppes tradition than in the Greek. (Golden vessel) 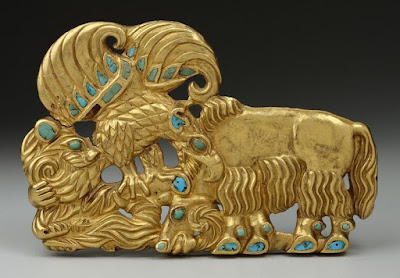 The Scythians were a violent people whose main pleasures, according to our sources, were war, hunting, drunken banquets, and shamanistic rituals involving mind altering drugs. Their fascination with violent struggle comes out in works like this one that depict predatory animals tearing at their prey, or at each other. This is half of a belt buckle; the other half was often but not always a mirror image. 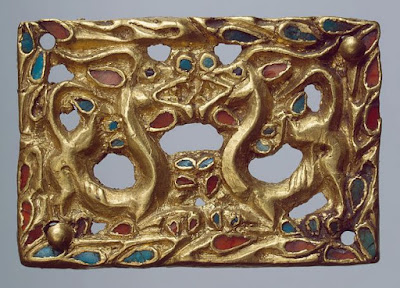 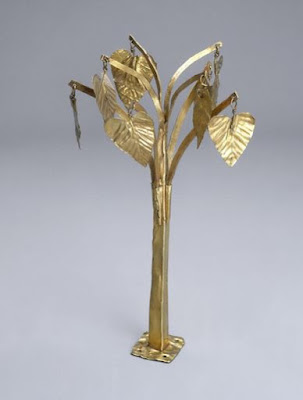 A golden representation of the shamanic world tree. 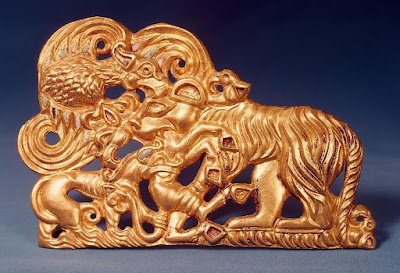 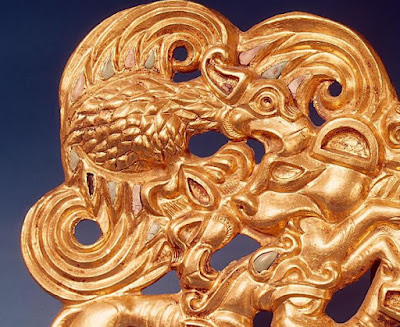 Another horrific belt buckle, and detail. 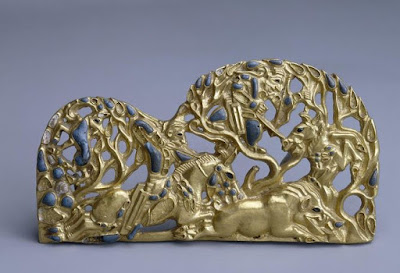 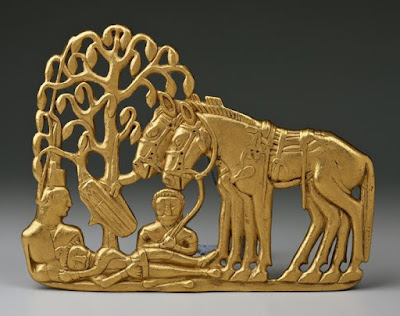 A scene from a myth? 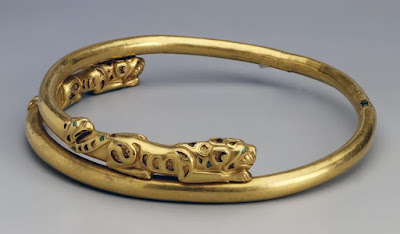 The torque interests me, as I wouldn't have expected a steppe culture to be terribly familiar with leopards.

Then again, the leopard may very well have had a much different global range over two millenia ago. Upon reflection, it doesn't seem like much of stretch to imagine them reaching north in Scythia during that time period.