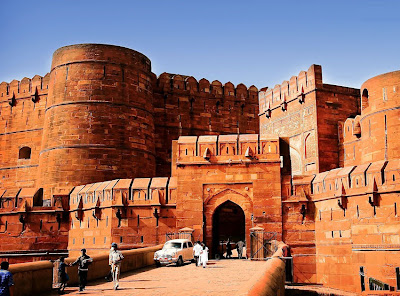 Today's Indian palace is the Red Fort at Agra, great citadel of the Mughals. The modern fort was built by the Muslim emperor Akbar in 1565-1573, but the site had already been fortified for hundreds of years. 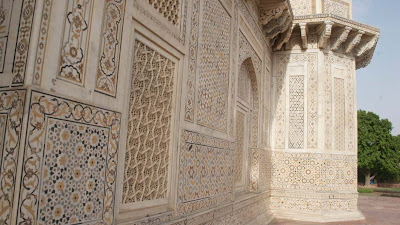 Before the Mughals arrived, Agra had belonged to the Muslim Sultans of Delhi. The Mughal conqueror Babur took Agra in 1526, after the First Battle of Panipat (notable in that it featured about a thousand war elephants). He seized a great treasure there, including the famous Koh-i-noor diamond. Agra was passed back and forth between various Muslim and Hindu rulers for the next thirty years, until Babur's grandson Akbar solidified his control of northern India at the Second Battle of Panipat (which featured 1500 war elephants and showed conclusively that war elephants were no match for artillery). Akbar decided that Agra was the strategic key to his realm, so he moved his capital there. The old brick fort, known as Badalgarh or Cloud Fort, was largely in ruins, so Akbar built an entirely new citadel. 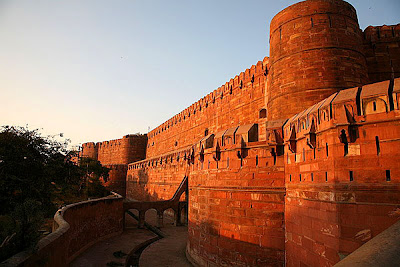 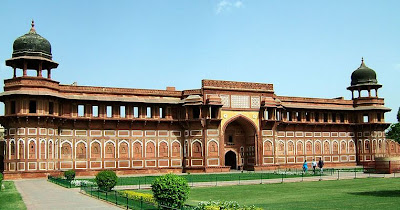 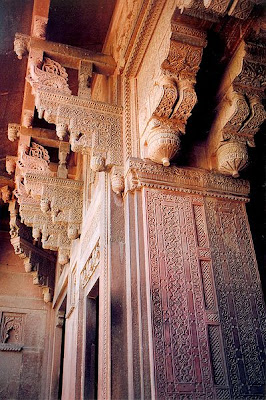 Within this huge enclosure are many palaces, mosques, and other structures. One of the best preserved is the Jahangiri Mahal, which was actually built by Akbar as a residence for his son Jehangir. 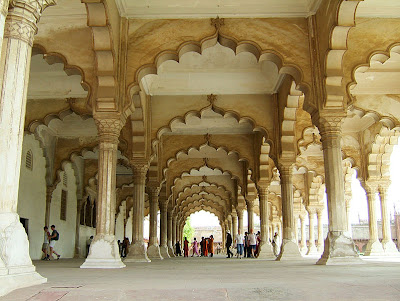 Akbar liked to receive visitors in a tent, in keeping with the traditions of his nomad ancestors. It was left to his grandson Shah Jehan (reigned from 1628 to 1658) to build this impressive Diwan i am, or Hall of Audience. Shah Jehan was one of history's great patrons of architecture, responsible for the Taj Mahal, the Jamma Masjid in Delhi, and many other wonderful buildings. 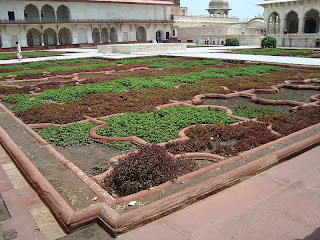 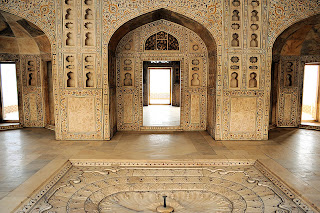 Inside the Khas Mahal. 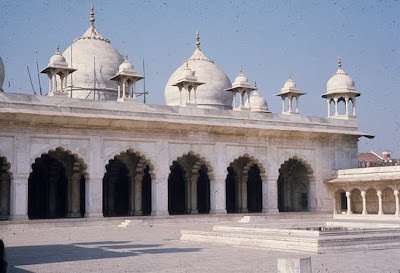 The fort holds two famous mosques. This is the Moti Masjid or Pearl Mosque, also built by Shah Jehan. 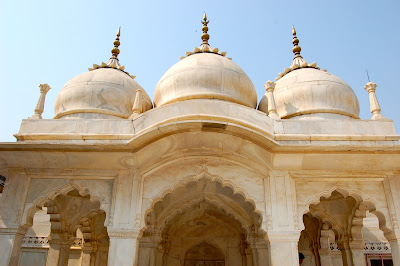 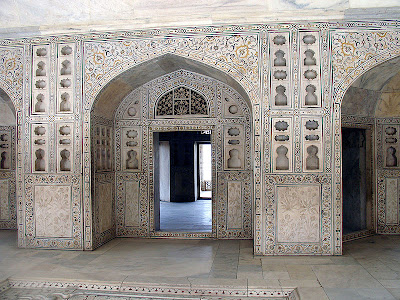 Aurengzeb rebelled against his father and overthrew him, and Shah Jehan spent the last three years of his life under house arrest in the Musamman Burj, a tower with a view of the Taj Mahal. The interior view above shows that this was probably not a very harsh confinement. 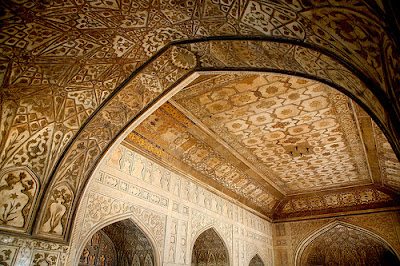 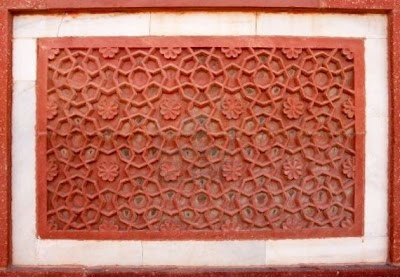