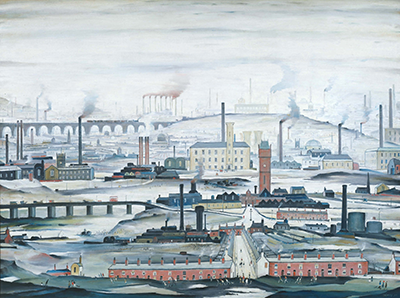 L.S. Lowry (1887-1976) was an anomaly among British artists, a painter who took his inspiration from the sort of urban neighborhoods where most of his countrymen lived. From Constable to David Hockney, British painting has focused on idyllic rural scenes or the life of the upper class. Above, Industrial Landscape, 1955. 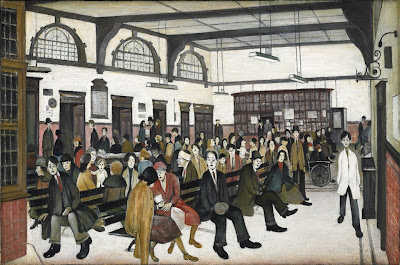 So Lowry's scenes of urban life and industry seem almost startling in their honest ugliness. Lowry is now the subject of a major retrospective at the Tate, and the British critics are mostly praising his originality and truthful eye.  Ancoats Hospital Outpatients’ Hall, 1952. 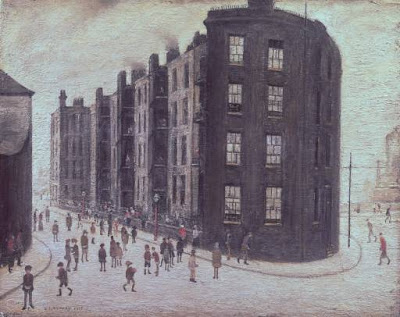 Lowry lived for most of his life in the middle class Manchester suburb of Salford. He never owned either a car or a telephone, and he traveled no more than most middle class people. Dwelling on Ordsall Lane, Salford, 1927. 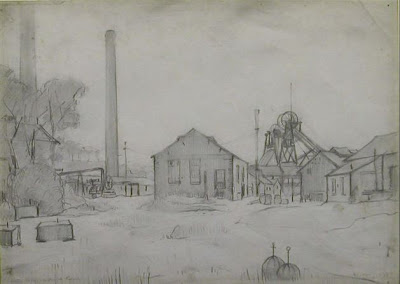 Lowry lived in the age of mass media, and people were always asking him about his work. He responded with a charming inarticulateness, saying things like 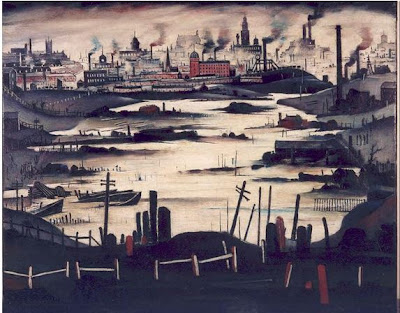 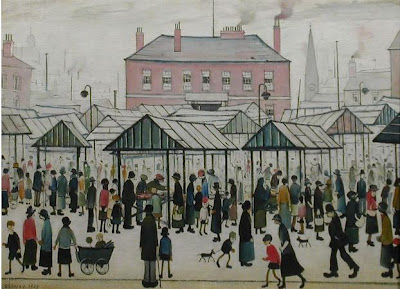 Lowry did not escape nostalgia; by the time he stopped painting in the late 1960s the world he depicted was gone, but he continued to paint scenes that were by then decades in the past. Market Scene, Northern Town, 1960. 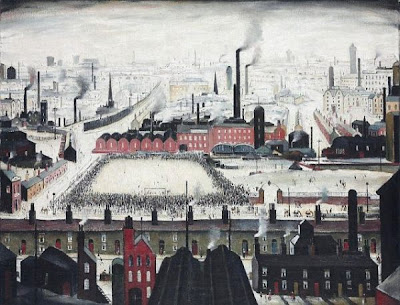 Lowry is really hot right now, his paintings selling for as much as $10 million. Galleries are advertising to buy his works. Funny that an artist who worked so hard to avoid the world of the London elite has now been adopted by it, his paintings hanging in the sorts of houses he never entered himself. The Football Match, 1949. This sold in 2011 for £5.6m. 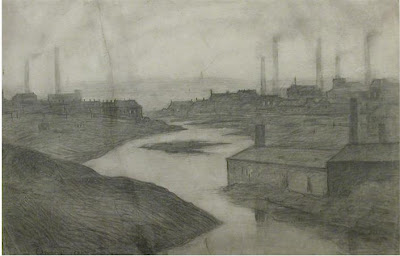 The River Irwell at Adelphi. Lowry also has his own museum in Manchester, The Lowry, and their web site has a large collection of images with many of his sketches and drawings. 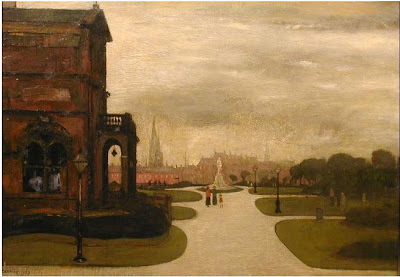