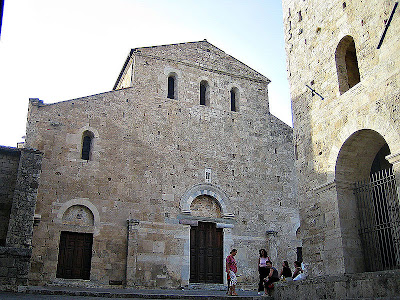 From the outside, Anagni's cathedral is quite plain looking. It was built in 1072 to 1107, and its Romanesque facade looks like many others in Italy. 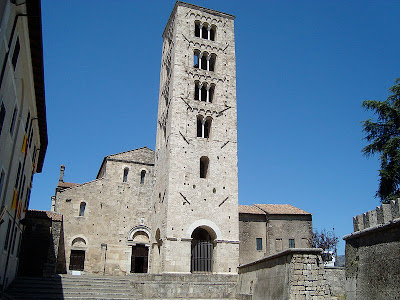 The thirteenth-century bell tower is striking but also rather plain. 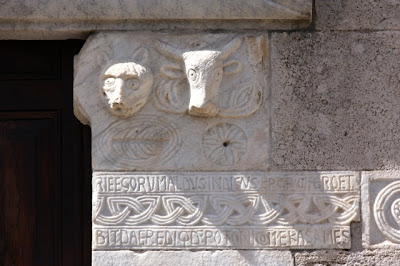 The sculptural details on the outside are charming but rather limited. 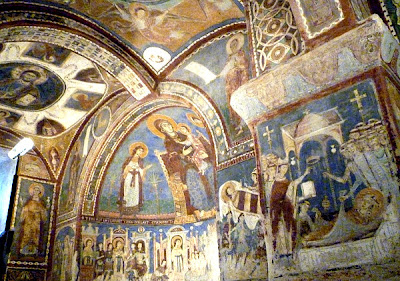 But step into the crypt and things suddenly change. 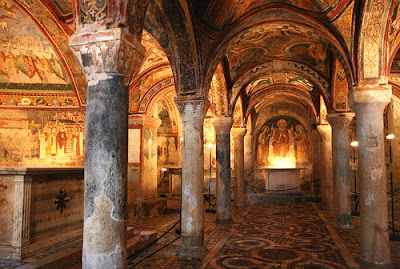 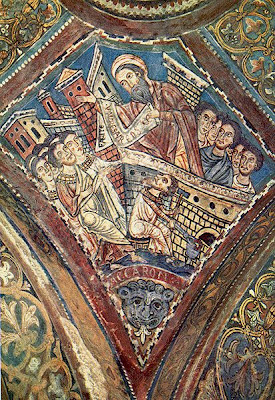 The extraordinary frescoes, many of them dating to 1237, blaze with color and startle with their range of images. 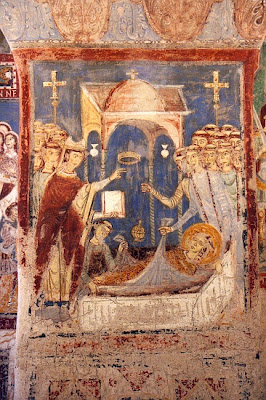 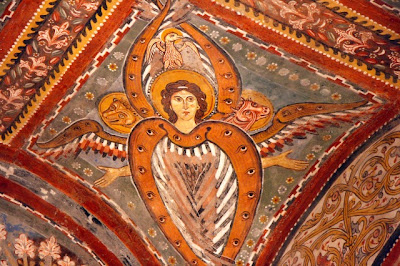 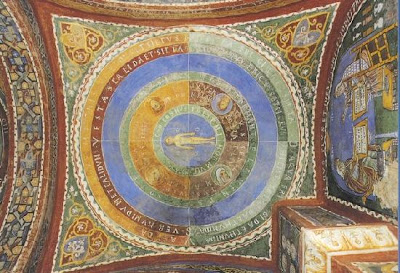 Some of the originals were painted by a certain Friar Romanus, but nothing is known about this person beyond his name. 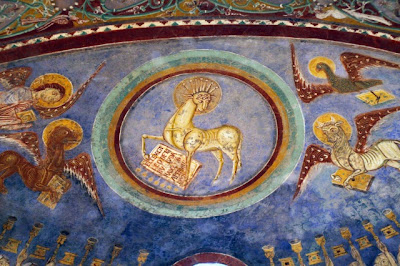 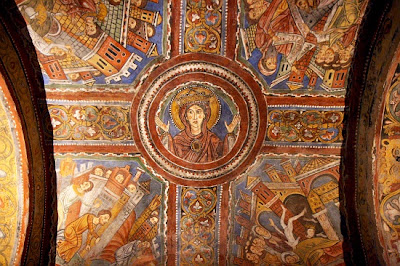 As a bonus, the 15th-century statue of Pope Boniface VIII on the Cathedral's south side. Boniface was at Anagni in 1303 when soldiers sent by Philip the Fair of France roughed him up and held him prisoner for three days; he died soon afterward, and the incident was remembered in Italy as the Slap (schiaffo) at Anagni. 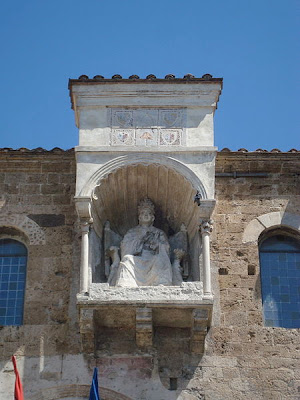