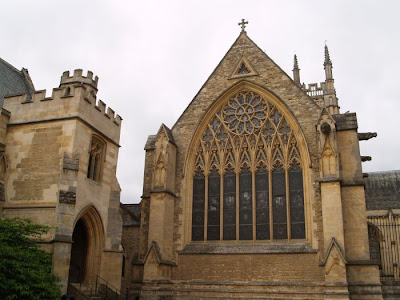 Today's medieval church is the chapel at Merton College, Oxford, built in 1290-1294 and enlarged in the 14th century. 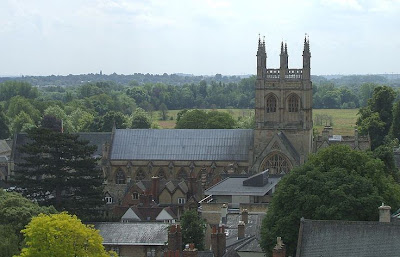 Merton is the oldest of Oxford's residential colleges. It was founded in 1264 by William Merton, Chancellor of England and Bishop of Rochester, "to make some return in honour of God's name for the abundance of his bounty towards me in this life." 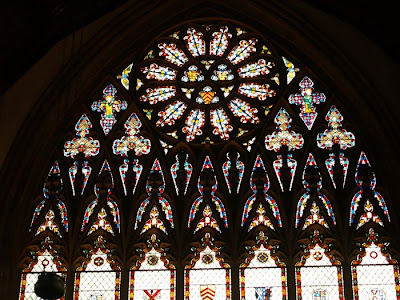 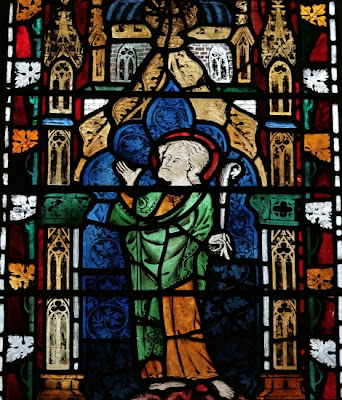 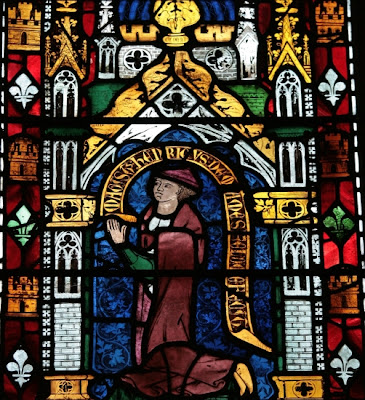 The chapel has much medieval stained glass, some of it dating to the around 1300. Above is Henry de Mamesfield, an otherwise obscure person who insured his immortality by paying for this window. 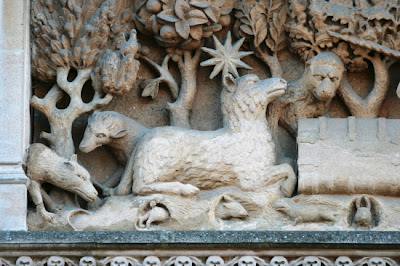 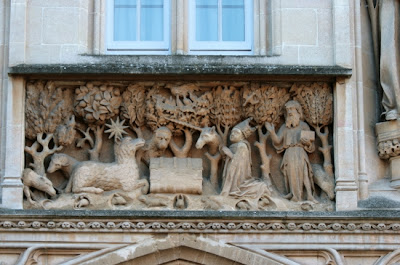 Charming 15th-century carving of John the Baptist in the wilderness, accompanied by bishop Merton. 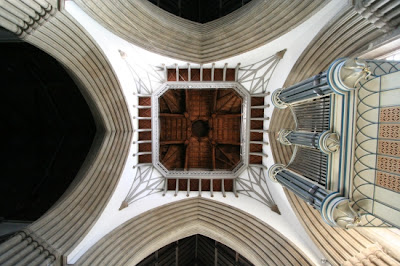 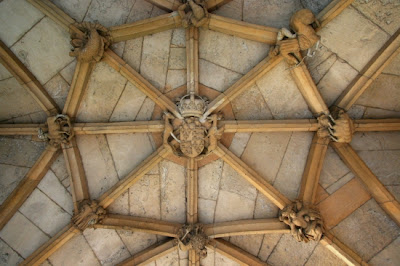 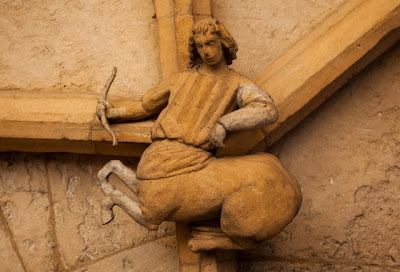 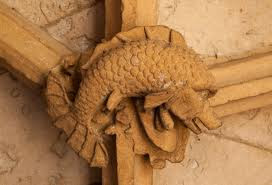 Carving of the zodiac in the Fitzjames gateway, built 1497. The chapel suffered from thereligious strife of the sixteenth and seventeenth centuries and from a roof collapse; in the 1860s it was "restored to its medieval appearance" by the sort of Victorians who had definite and not very accurate ideas about the Middle Ages. It seems that the original floor was black and white, and most of the color was added by these Victorians. Looks great, though. 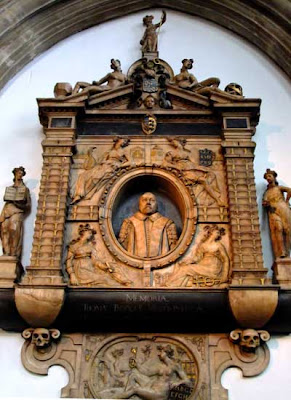 Among the many tomb monuments is this one to Sir Thomas Bodley, founder of the Bodleian Library. Note the columns made of stacked books.
Posted by John at 8:03 AM