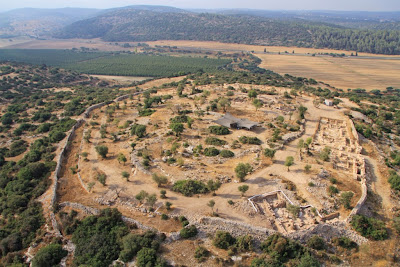 Israeli archaeologists have announced the discovery of two large buildings in the fortified town of Khirbet Qeiyafa, which may be the Biblical town of Shaarayim. One appears to be a warehouse, the other a large house or palace. 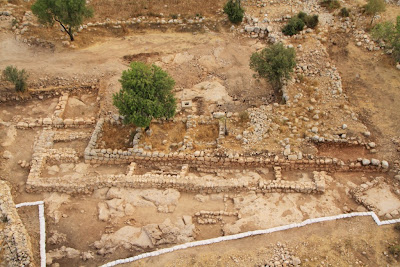 You can see the palace in the picture above, with a Byzantine fortified villa built across the top of it. 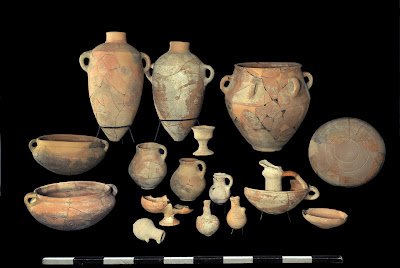 Find from the site.

This is a great discovery, and it adds to the picture of Judah in the 10th century BCE as a kingdom of some substance, not just a bunch of hill bandits as some have claimed. But it bugs me that most of the press is repeating the excavators' claim that this is "King David's Palace." If King David really existed, which is disputed, we have no idea of his exact dates or exactly what he did and where. There is no convincing evidence that this building was a royal palace -- seals, inscriptions, that sort of thing -- and nothing to associate it with King David beyond the assertion that this site is the Biblical Shaarayim.
Posted by John at 6:49 AM