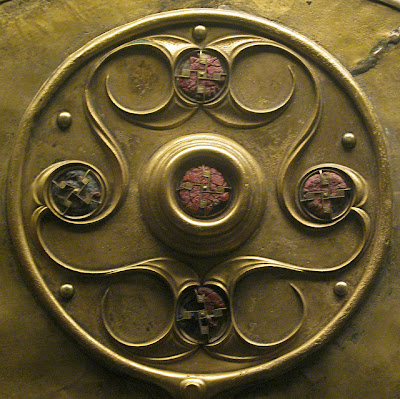 From a review of How Ancient Europeans Saw the World by Peter Wells:


Wells is concerned with the visual experience of the European Bronze and Iron Ages (roughly the last two millennia BC), and, in particular, with what he identifies as two revolutions in visual culture. The first revolution occurred in around 500 BC, with the emergence in northern Europe of what is commonly known as “Celtic Art” (better described as the Early La Tène Style) . . . For a millennium and a half, from say 2000 to 500 BC, north European pottery, jewellery, swords and scabbards had usually been decorated with regular geometrical patterns. This sedate repertoire of triangles, spirals, zig-zags and rectangles was abruptly replaced around 500 BC by an explosion of strange curvy things. Prestigious objects are now covered in swinging S-scrolls, weird hybrid creatures, squiggly tendrils and labyrinthine patterns: the Battersea Shield (c.350–50 BC), in the British Museum, is a famous example of the style. 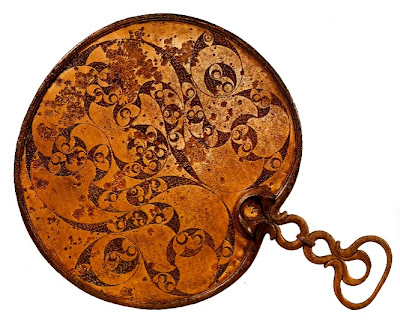 Wells must surely be right that we are dealing not just with new artistic techniques, but with “a whole new way of seeing”. If we want to see the dragons and whirling horses of the Early La Tène style through Iron Age eyes, we have to picture them not under the hard, clear glare of museum spotlights, but moving back and forth through firelight and shadow. “Flickering light creates patterns of illumination and shadows that give objects decorated with zoomorphic ornament a lifelike character, almost as if the creatures are moving with the light.” 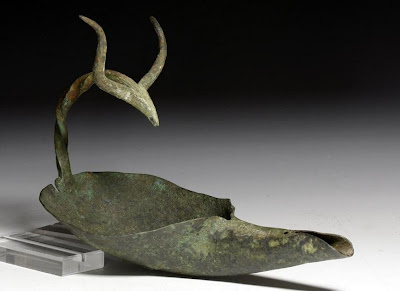 A very interesting observation; La Tène art certainly has a revolutionary look. But you have to remember that especially in these first few centuries this was entirely an elite phenomenon, a culture shared only by the aristocratic rulers of Celtic Europe. Remembering this helps us evaluate the "explanations" Wells proposes for the new style:


For Wells, the ambiguity of Early La Tène animal figures – is it a deer, a horse, or something in between? – was part of the point; these strange shapes were designed “to make people look, to attract and hold their attention, to engage them in fascination and problem-solving”. The origins of this exuberant new ornamental style are still obscure. Wells, all too obviously, has no real explanation to offer: S-curves, spirals and animal ornament were, he suggests, “a way of expressing new feelings of cosmopolitanism”, and hybrid animals served a “symbolic function in the contention for authority in a newly expanding world”. 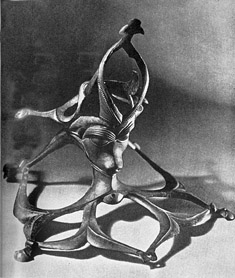 Problem solving? Cosmopolitanism? Surely a much better explanation is at hand for this swirling, ambiguous style: the religious thought of the Druids.  La Tène art was almost certainly created at the same time as the Druids were articulating their model of a cosmos in constant flux, within which all objects were being constantly transformed into something else. Caesar described the druidical idea of the transmigration of human souls, which is also expressed in several surviving fragments of druidical verse: 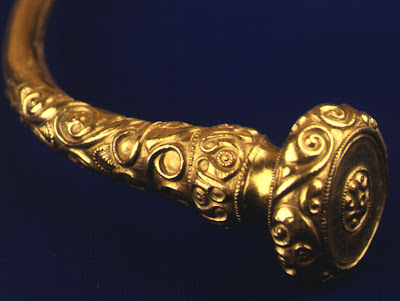 Such verses were intentionally obscure. The teachings of the Druids were esoteric, never articulated in bald prose and never explained to outsiders; their secrecy was a great part of their power. If La Tène art is intentionally ambiguous, is it not simpler to see this as a reflection of the druidical disdain for prosaic thoughts and words? That only insiders could understand the message fits perfectly with the elite, aristocratic culture of the Celts, who shocked even elite Romans with their disdain for the common herd of men. 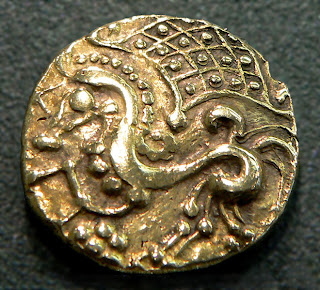 The origins of artistic styles and the relationship between the imagery and the rest of the culture are often obscure, but I find the connections between La Tène art, druidical theology and the aristocratic culture of the Celtic tribes to be perfectly clear.
Posted by John at 7:35 AM