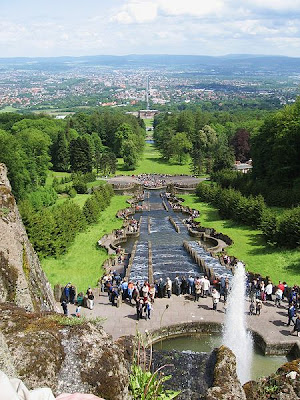 Kassel, Germany was long the capital of the Dukes (later princes) of Hesse-Kassel, and among their legacies to the people is this magnificent park. 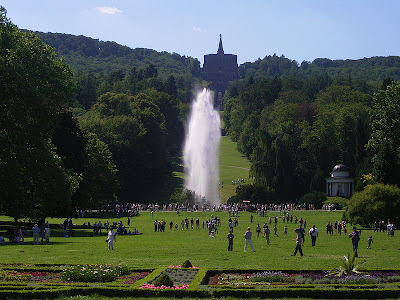 In the Middle Ages this area belonged to a monastery. After the princes converted to Protestantism, they closed the monastery and converted its land to a royal hunting preserve. Construction of the palace and its elaborate park began in 1696, and various pieces of the landscape were built over the next 150 years. 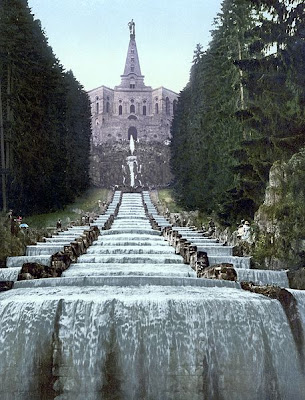 The palace and the Grand Cascade, 1100 feet (350 m) long, were built in the French Baroque style. This color photograph was taken around 1903. Note the famous statue of Hercules on top of the pyramid. 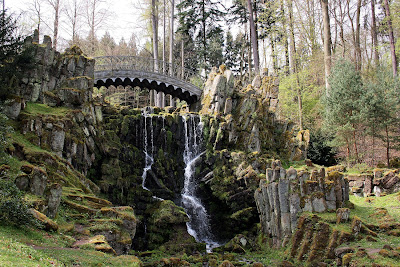 But Duke Wilhelm IX (1785-1821) hated all things French, so when he added to the park he chose to use the style of English romanticism. This is the Devil's Bridge, which spans an artificial stream. 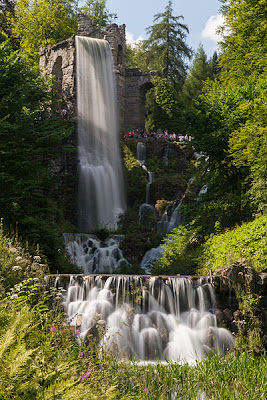 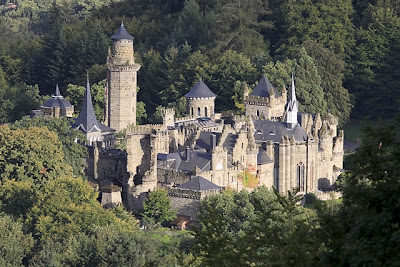 The anglophile Duke also added this fantasy castle, the Löwenburg. 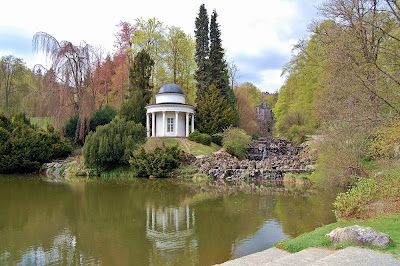 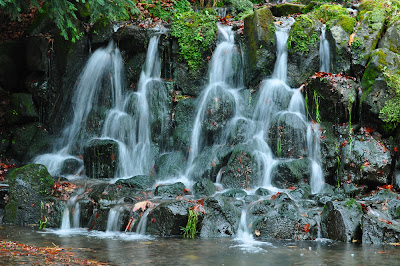 Looks like a lovely place, and now it's is a World Heritage Site.
Posted by John at 6:51 AM