Bam Rises from the Ruins 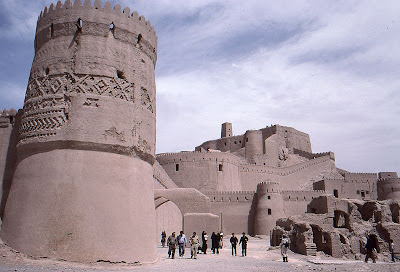 Once upon a time Bam in eastern Iran was one of the great cities of the silk road, a place where caravans sought safety and ordinary people huddled under the protection of warlords. Founded nearly 2000 years ago, the city reached its height under the Safavid Dynasty (1501 to 1722). 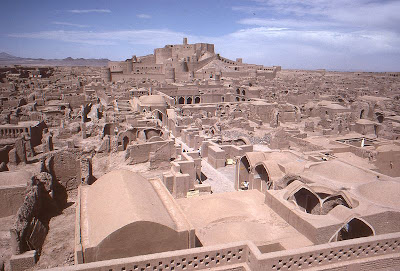 The city was attacked by Afghan armies in 1722 and began a long decline. Eventually modern commerce and the Cold War rendered the silk road obsolete, and the city was largely abandoned. 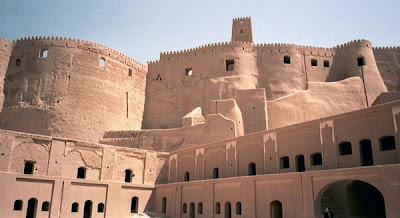 In the 1950s Bam found a second life as a capital of the international tourist trade. Filmmakers, adventurers, tourists in search of something different flocked to the ancient citadel, and its decline was halted. 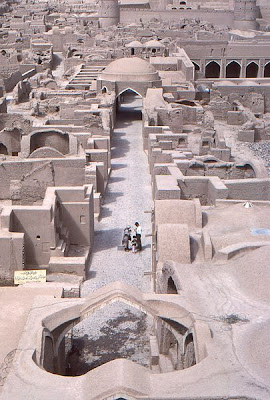 Pictures from this era show the wonderful citadel looming over a half empty city with hundreds of roofless houses. The population was actually over 40,000, but most of the residents lived in suburbs outside the old walls. 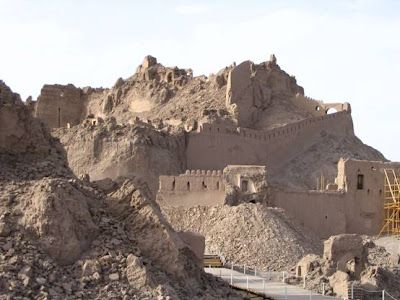 Then in 2003 a devastating earthquake struck the city. It was not that powerful, 6.6, but the city and its mud brick buildings were horribly vulnerable. 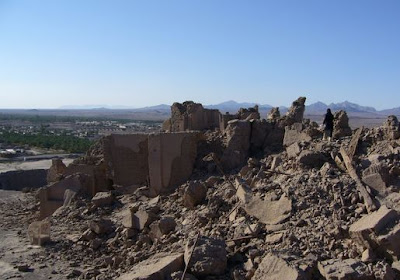 I stumbled across a strange coincidence today; Bam was a World Heritage Site, and because of inadequate maintenance UNESCO had placed the city on its list of "threatened" sites in danger of losing their status. But Iran launched a major restoration program and in June, 2003 the city was removed from the "threatened" list. In December it was leveled. 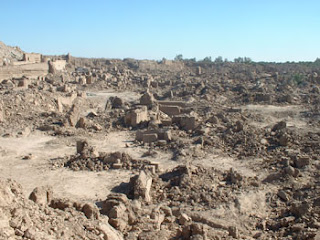 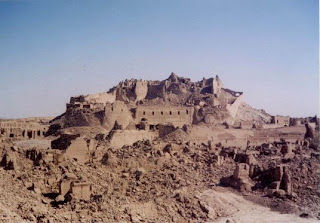 The death toll reached 26,000, and 70 percent of the city's buildings were destroyed. 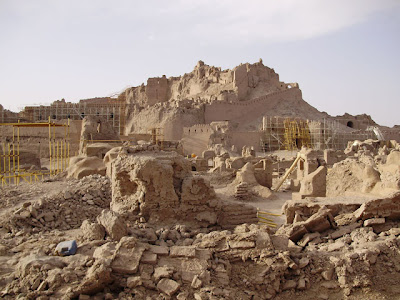 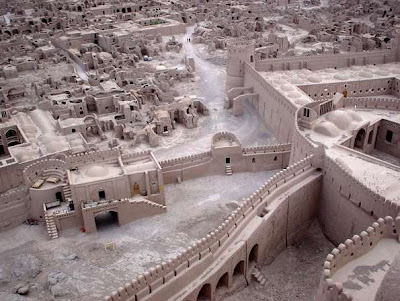 But with international help, Iran began reconstructing the citadel. The cost for earthquake relief and reconstruction came to around a billion dollars. 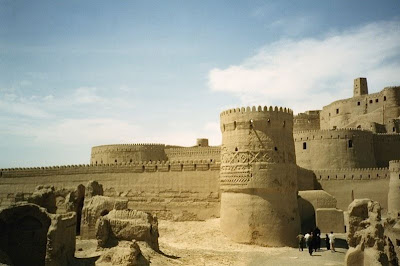 But the work was completed in just a few years, and by 2010 Bam looked like this. So it is back on the international tourist route, and what it lacks in authenticity it makes up for by its gritty return from the rubble.
Posted by John at 7:23 AM