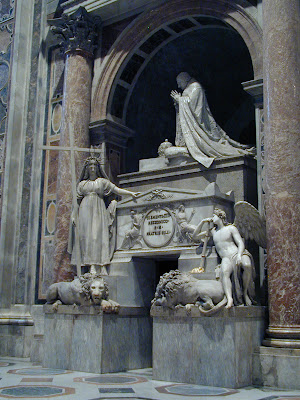 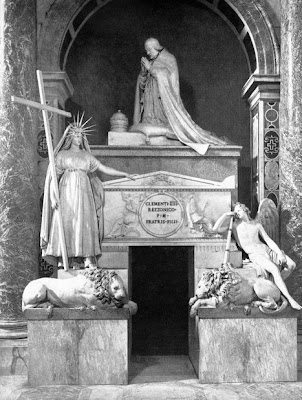 Venetian sculptor Antonio Canova (1757-1822) is widely considered the greatest master of neoclassical sculpture. My introduction to him is here. The sense of calm that a neoclassical artist usually strove to achieve made this a wonderful style for tombs, and I like Canova's tombs best of all his works. Above, tomb of Pope Clement XIII. 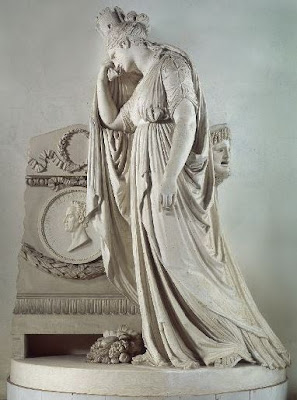 Canova made preliminary casts in plaster of many works that were never completed; this is a cast of figures for a tomb of Vittorio Alfieri. Many more casts here. 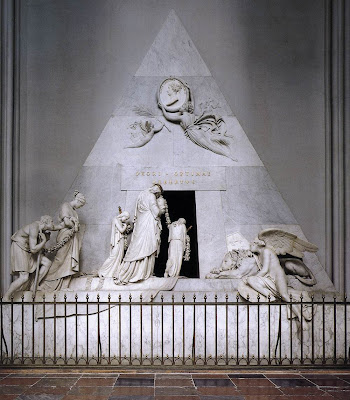 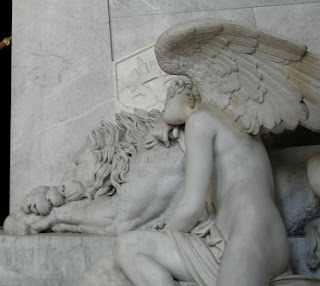 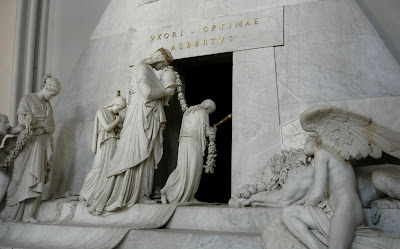 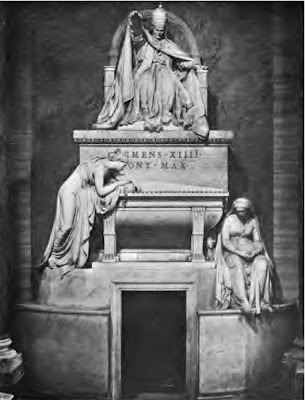 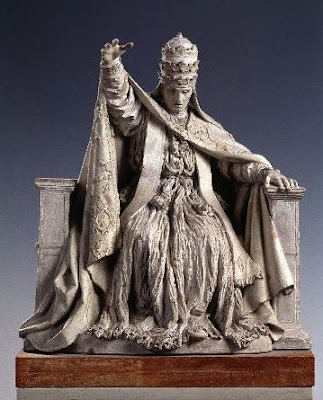 Plaster cast of the central figure, 1783. 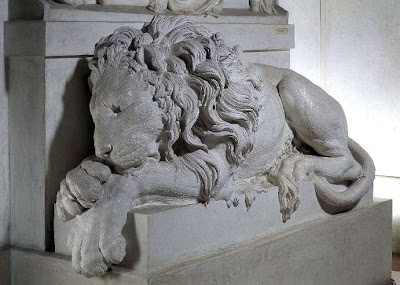 Sad lion, cast from a monument to Pope Leo XIII. 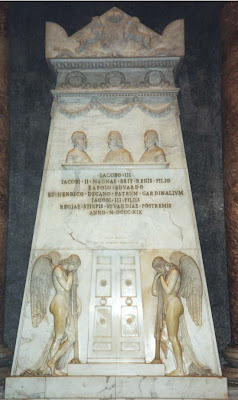 Monument to the last Stuarts, Rome. 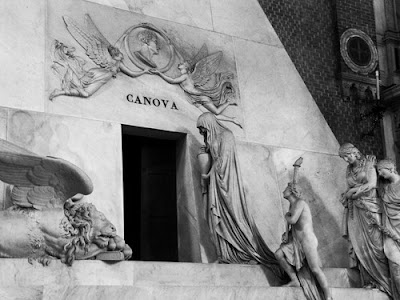 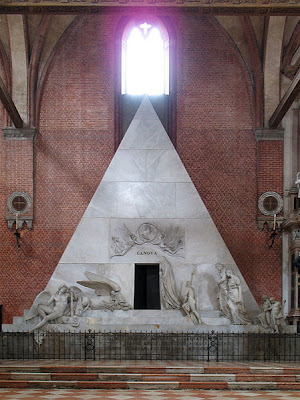 Monument that Canova designed to honor Titian but that ended up holding his own heart.
Posted by John at 7:08 AM