The Casual Looting of Etruscan Tombs 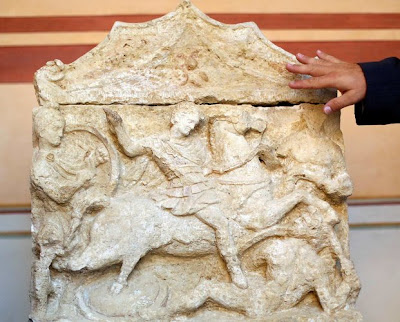 If you were digging the foundations of a new garage and stumbled on an Etruscan tomb filled with wonderful marble funerary urns, what would you do? Well, if you were Italian you would probably keep this a secret, hide the urns in a warehouse and start looking for a clandestine buyer. At least that's what police say happened near Perugia a few years ago. Unfortunately for these amateur tombarolli, they lacked the connections needed to move their loot quickly, and eventually the police got wind of it and swooped in. 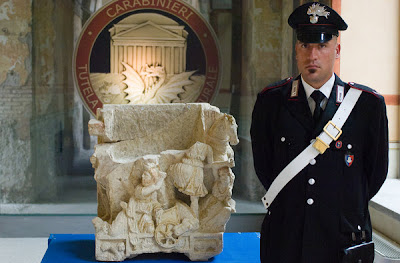 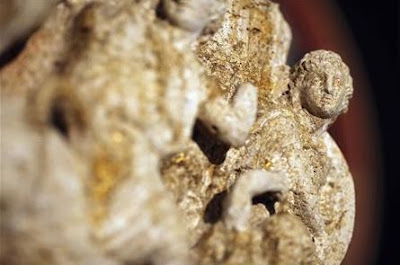 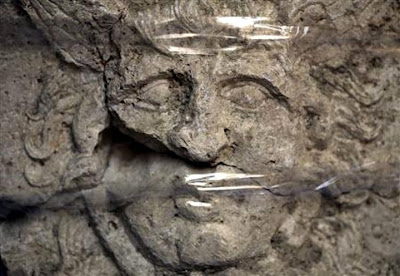 The urns date to the third or second century BCE. Such tombs were built by noble Etruscan families to house multiple generations of their kin, and they have produced many artistic wonders. 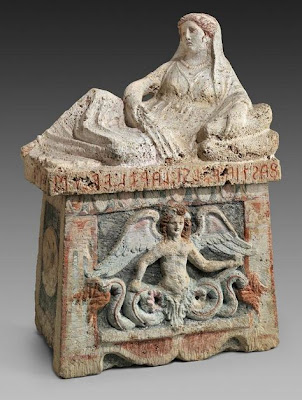 This story puts me in mind of this, which is my favorite such urn. Now in the MFA, it was found near Chiusi in the tomb of the Velsi family. It bears an inscription reading, “FASTIA VELSI LARZL, VELUS PUIA,” that is, “Fastia Velsi, wife of Larza Velu.” Yes, we can read a few words of the mysterious Etruscan language. You can decipher almost anything if you have enough of it from a clear context, and since we have lots of tomb inscriptions we have been able to work out this sort of thing.
Posted by John at 8:03 AM