J.P. Mallory, The Origins of the Irish 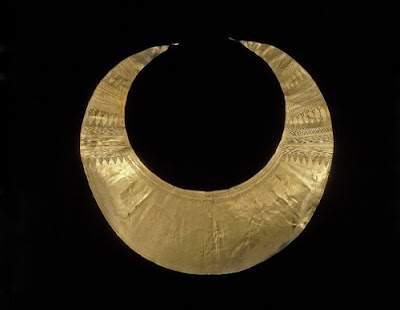 I picked up J.P. Mallory's The Origins of the Irish (2013) Saturday morning and there went my weekend; writing, gardening, housework and my children all had to wait until I had finished this a delightful and fascinating book. The tone is wry, bemused, skeptical, the voice of an old man who has seen too many academic fads come and go to have much confidence in the latest version. The problem he takes up is a very hard one: who are the Irish, and how and when did they come to Ireland? He considers the problem mainly through archaeology, but he also devotes much attention to linguistics and some to genetics. He achieves what I always regard as one of the greatest scholarly accomplishments, finding his way through a great thicket of uncertainty toward a tentative conclusion without in any way glossing over the many, many problems with the evidence or the weaknesses of his own position.

A rough sketch of the early history of Ireland would go like this: The first inhabitants arrived around 8,000 BCE, in what Europeans call the Mesolithic period. These were hunter-gatherers. They must have arrived by boat; older scholars used to posit land bridges, but the latest science shows that the land bridges were gone by the time any people arrived in post-glacial Britain. Once they reached Ireland they found a comparatively impoverished environment, with few large mammals -- no aurochs, no red deer -- few freshwater fish, and few edible plants. Their population was probably very low, 1,000 to 3,000. 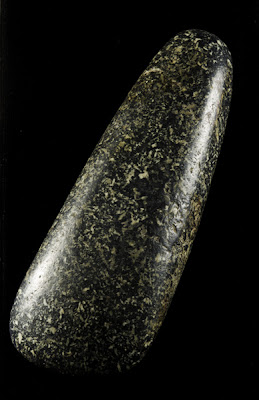 Around 3800 BCE the first farmers arrived. Their Neolithic culture swept across Ireland within a few centuries, and the Mesolithic way of life completely disappeared. Despite intensive efforts, nobody has found any evidence of continuity between Mesolithic and Neolithic ways of life. Neolithic Irelanders mainly lived in small settlements of 1 to 3 square or rectangular houses, the largest of which measured 20 by 40 feet (6 x 12 m). These people most likely came from Britain. I find it amusing how hard some Irish archaeologists have tried to find a non-British origin for these first farmers, as if arrival from hated England 5800 years ago somehow negates the Irish-ness of these people. The most remarkable products of these Neolithic people were the megalithic tombs, including Newgrange and Knowth. These tombs are much like others in Britain, western France, and northwestern Spain, and they evolved together across this large area, which shows that Ireland was connected to a broader cultural sphere. 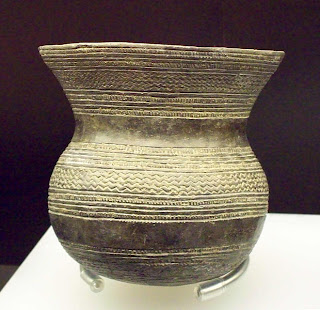 Around 2500 BCE a new culture appeared in Ireland, the mysterious Bell Beaker "phenomenon." This is one of the most puzzling episodes in European prehistory, the spread of a set of artifacts that includes distinctive ceramic pots, copper tools, and elaborate archery kits across a vast area from Hungary to Portugal. But nowhere outside their apparent lower Rhine homeland did this assemblage ever replace the native culture. It existed side-by-side with whatever came before, and the objects are found almost exclusively in burials. Digging in villages, in most places, you would have no idea that anything had changed. A warrior elite? Priests of a new religion? Wandering coppersmiths? Nobody knows. And therefore nobody knows what they were doing in Ireland. Not to mention that the phenomenon is quite different in Ireland than elsewhere, with few clear beaker burials and instead numerous beaker artifacts found mixed with the normal trash of domestic sites. Some genetic evidence suggests that the Bell Beaker folk were among the first speakers of Indo-European languages in Europe, and if you are curious about this phenomenon I recommend Mallory's introduction. 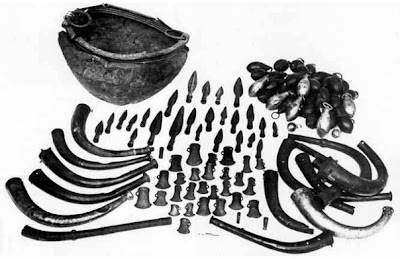 The alloying of copper and tin to make bronze reached Ireland around 2000 BCE. Because Ireland had great sources of copper, some of its people grew wealthy in this period. Bronze Age Ireland is known largely from hordes of bronze objects found in rivers or bogs, a religious habit that spread across much of Europe. With the Bronze Age comes our first good evidence for the sword-wielding warrior elites who would dominate the continent for the next 4000 years. There is also much evidence of ongoing connections with the broader civilization of Europe and especially Britain; for example, hillforts, which first appeared in central Europe, were being built in Ireland by 1200 BCE. One of the commonalities between Ireland and Britain is that in the middle Bronze Age both places completely gave up making pottery; another is that the archaeologists of both countries have no idea why. 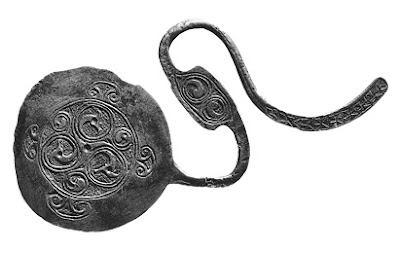 Around 600 BCE iron reached Ireland, replacing bronze for certain key purposes and introducing what we call the Iron Age. This is a key period for Irish history because the Iron Age elite were the first Irish to be part of Celtic civilization. They used many artifacts made in the La Tene style, which on the continent was made by the people the Greeks and Romans called Celts. Many of these objects were parts of elaborate horse harnesses or chariot fittings. Old-school archaeologists believed this was when the Irish language came to Ireland, brought by chariot-riding, iron-sword-wielding Celtic warriors. Certainly this was the period when the culture depicted in the Tain and other classic Irish stories developed.

Mallory also reviews the genetic evidence for the origins of Irish people, based on studies of the modern population, and explains why it tells us little about where they came from. The newspaper interpretation of the findings to date has been that the Irish are mainly descended from the original Mesolithic inhabitants. However, this is hard to square with the complete cultural break represented by the Neolithic and as Mallory shows it is not the only or even the most likely interpretation of the evidence. Progress has lately been made in answering these questions in other parts of Europe, but that has come from studying the DNA from ancient skeletons, and no such studies have yet been done in Ireland. 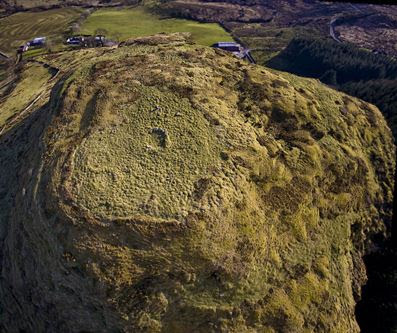 Mallory ends up concluding that the Irish language probably arrived in Ireland around 1200 BCE, with the hillforts and other innovations of the late Bronze Age. He admits that the evidence for this is weak, but then the evidence is weak for any major influx of people into Ireland after the arrival of farming, which is too early to be associated with Indo-European languages.

As I have argued before, I don't see this as a problem. Calculations based on the modern gene pool in Turkey suggest that the population is genetically between 2 and 12 percent Turkish, and while this is not a number in which I have much confidence it is only what you would expect when a tribe of nomads conquers a densely settled nation of farmers. 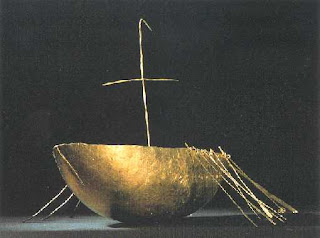 If you are curious about any of this, read Mallory. But especially read Mallory if you are interested in the very great problems of interpreting the archaeological record. Mallory is fabulous on this. His work is full of questions, multiple interpretations, conflicting evidence and scholarly blanks. He does not just throw this stuff at the reader, though, but provides clear and often witty guidance through it, and he does end up with many fairly firm conclusions. I love this book.
Posted by John at 8:27 PM