The building once known as the Victoria Terminus, in the city once known as Bombay, is one of the masterpieces of Victorian architecture. It was designed by British architect  Frederick William Stevens in a style that wildly mixes the Gothic, Italian Renaissance, and Mughal styles. 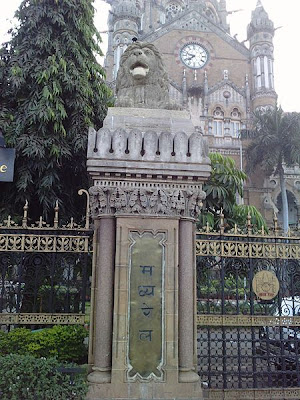 The building was opened in 1887 to celebrate Queen Victoria's Golden Jubilee. 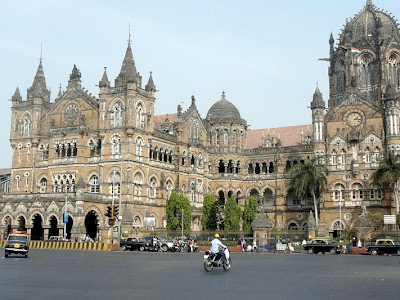 These days the great city is known as Mumbai, the building was renamed the Chhatrapati Shivaji Terminus in 1996. Shivaji (1627-1680) was the found of the Maratha Empire of India's south and a great promoter of Hinduism and India's native languages -- in his time even many Hindu rulers used Persian for administrative purposes, but Shivaji insisted on using Marathi and Sanskrit. So an obvious hero for the Hindu nationalists who controlled Mumbai at the time. 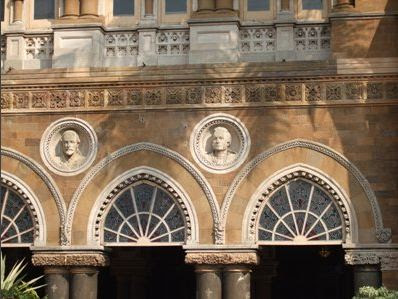 The station was one of the targets of the 2008 terrorist attack, and 58 people were killed here. The building was damaged and the repairs were completed only recently . 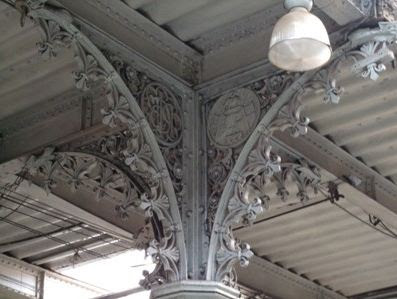 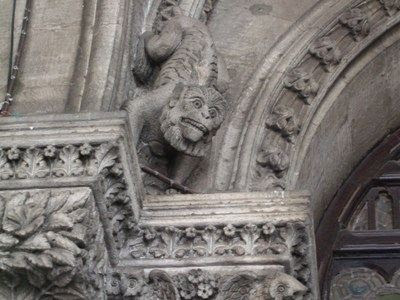 Visitors say the outside of the building is much more impressive than the interior, which has been reconfigured to support modern facilities and a much greater number of tracks. But there are still nice interior details. 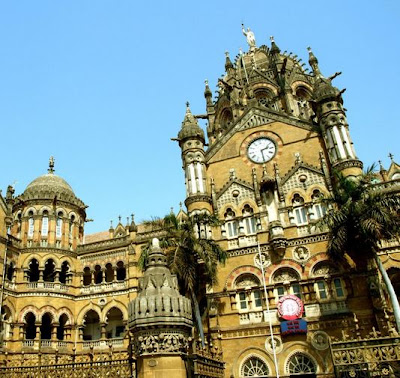 Is there any airport anywhere in the world that compares to these wonderful train stations? Comparing a wonder like this to any of our ghastly airports, would an alien believe that we are actually much richer than they were? 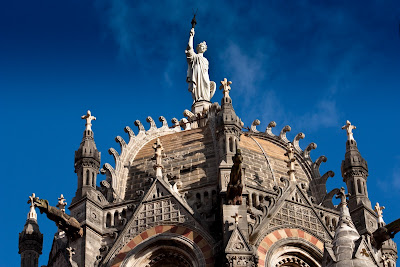