The Petroglyphs of Helankou Gorge, China 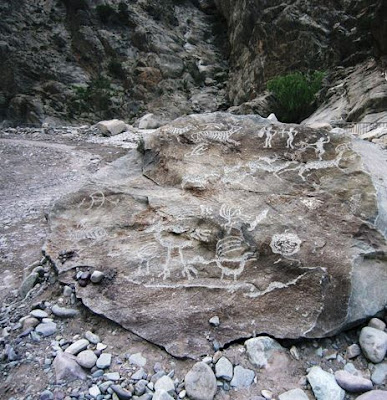 The Helan Mountains of western China long divided the land of nomads from the land of settled farmers. The passes through the mountains were gateways between different civilizations. One of those passes, Helankou Gorge, has long been famous for its astonishing array of rock art. 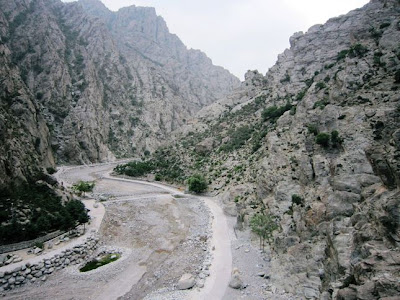 Some petroyglyphs are scattered all along the gorge, but at its eastern end is a dense mass of more than 5,000 carvings. 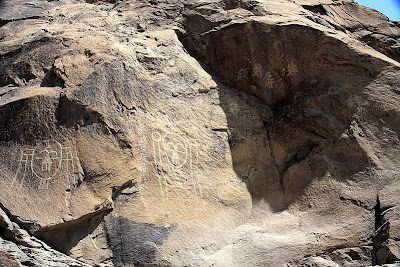 These are now a Chinese state park, and a World Museum of Rock Art has been built nearby. 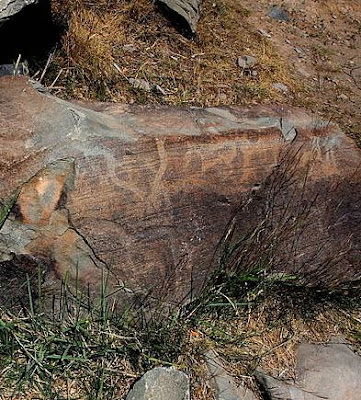 Petroglyphs are very hard to date, but those at Helankou obviously span a long range of time. Some are Buddhist inscriptions, like this one, which dates to the the first or second century BCE. 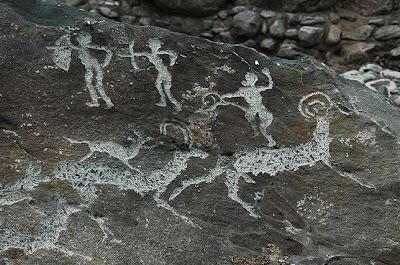 But others are older, possibly as much as 5,000 years older, like this very traditional hunting scene. 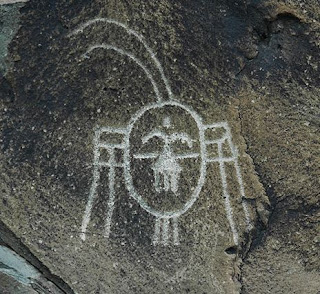 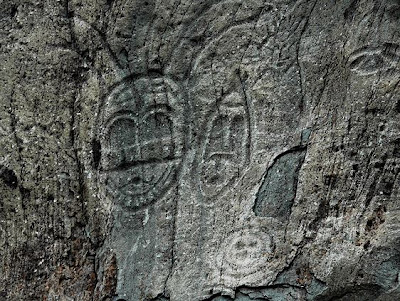 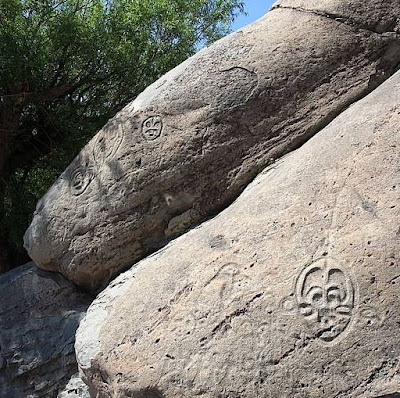 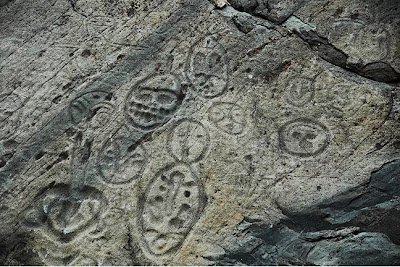 The gorge is best known for these "masks." They have often been interpreted as images of masks used in shamanistic rituals, but although this makes a lot of sense it is still just a guess. 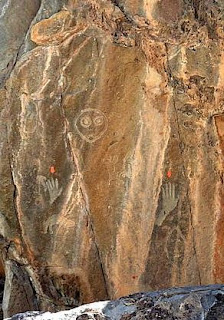 Why are carvings from so many periods concentrated here? Probably because this is an ancient borderland. Petroglyphs were often used in that way, marking off territories. 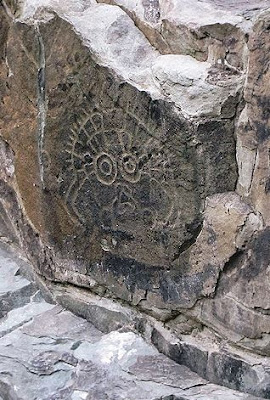 Another theory is that this is a sacred way or pilgrimage route, one taken over by Buddhists and maintained. The continuity certainly speaks to the spiritual power of the landscape. (The peculiar image above is called by Chinese archaeologists the "sun god.") 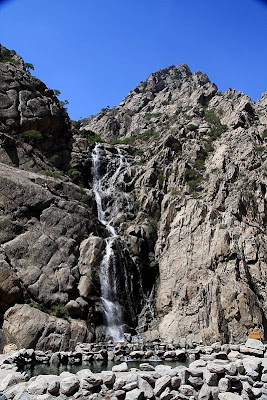