Physics: Another Triumph for the Standard Model 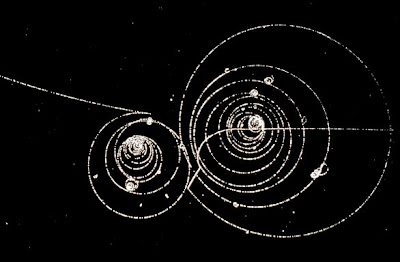 The confirmation that there seems to be a Higgs boson has been big news, but the Standard Model of subatomic physics makes several other predictions physicists are still testing. One of them is an event that was first observed back in 2011, the decay of a Bs (B sub s) meson into two muons. Physicists at CERN have found several such events in the mass of data from the Large Hadron Collider. They have now announced that they have measured the frequency of this rare event and the time it takes to happen, and both of these numbers are in line with predictions.

Many physicists are publicly expressing their frustration that no holes can be found in the Standard Model. After all, it is incompatible with Einstein's equally flawless theory of gravity (general relativity) and has nothing to say about the cosmic mysteries of Dark Matter and Dark Energy. Yet it passes every test we have figured out how to put to it:


"This is a victory for the standard model," said Joel Butler of the United States' Fermi National Accelerator Laboratory, near Chicago. "But we know the standard model is incomplete, so we keep trying to find things that disagree with it."