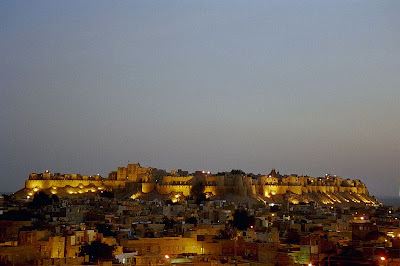 Jaisalmer Fort was built in 1156 by King Rawal Jaisal. The imposing fort sits on a prominent hill in far western Rajastan, in the desert country near the border of India and Paistan. Rajastan was a part of India never really conquered by the Muslim invaders. In this dry, thinly populated landscape, coalitions of petty warrior princes -- rajas -- made things so hard for the conquerors that they found it wiser to accept vague submission and some tribute, rather than insist on direct rule. The ancient, Hindu warrior tradition therefore survived here as nowhere else in northern India. Occasionally an emperor would send an expedition to Rajastan to remind the locals of his power, as Feroze Shah Tughluq did in the 1360s when he besieged Jaisalmer, forcing the defenders to commit mass suicide. But things usually ended in compromise. 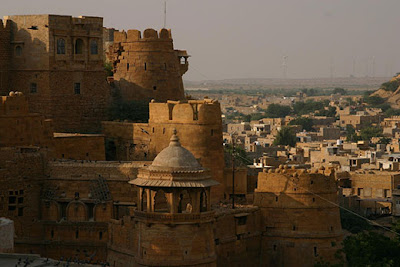 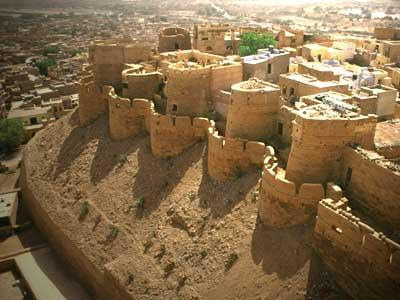 The fort is an endangered resource, threatened by tourism, leaking sewage, and increased rainfall. 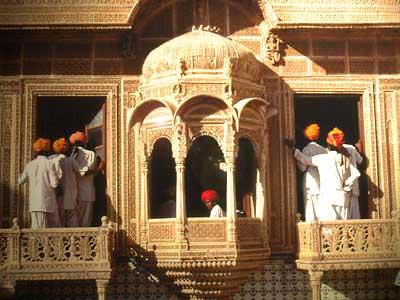 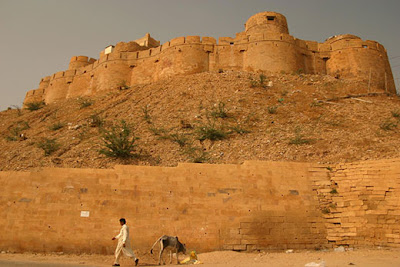 Restoring the fort has in recent years been a project of the World Monuments Fund, which says this about the citadel:


The magnificent complex, also known as Sonar Kila (Golden Fort) for its gleaming golden sandstone walls and buildings, flourished on the east–west caravan route connecting India and Central Asia to the Middle East and North Africa. Merchants built elaborately designed Havelis among the numerous palaces, temples, bazaars, and residences inside the walls of the complex. The superb architecture within the fort was protected by double fortification walls and circular bastions, key physical components used for defense and battle. Additional features of the fort include a pitching wall to hold the clay soil of the hill in place, a toe wall, and the Mori, a pathway between the inner and outer fortification walls that allowed soldiers and horses to move throughout the structure in times of war. 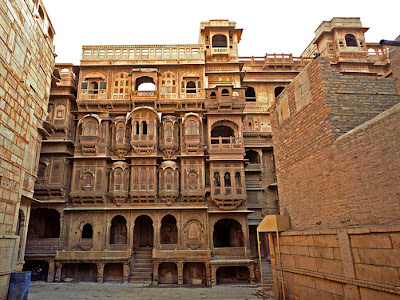 One of the private mansions built by merchants within the walls. Part of the royal palace. 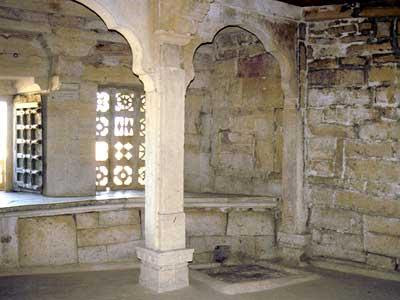 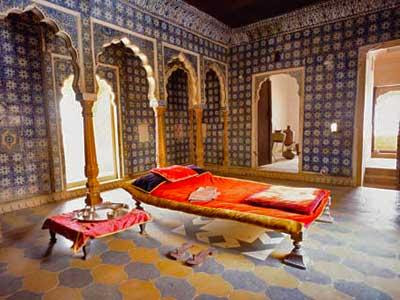 Interior views of the palace. 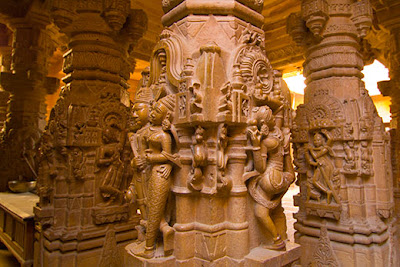 Sculptures in one of the several Jain temples within the walls. I find it interesting that the Jains, the most uncompromising pacifists ever seen in civilized society, were always supported by military men like the princes of Rajastan.
Posted by John at 6:34 AM

I truly like to reading your post. Thank you so much for taking the time to share such a nice information.
Tour and Travel Companies in Chandigarh