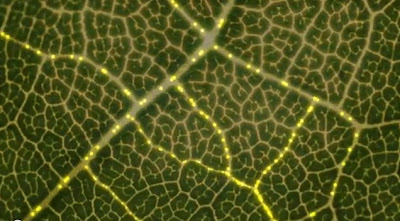 
The miraculous is everywhere. In our homes. In our minds. We can share every second in data dressed in pixels.

A billion roaming photo-journalists uploading the human experience. It is spectacular. So why would you cap that? . . .

I need to upload all of me.

I need, no, I have the right to be unlimited.

On the screen: I AM UNLIMITED


In our cultural moment, the idea of limits is an offense. Limits suggest that my desires can be thwarted or perhaps even that my desires should be thwarted. But who has a right to do that? By what authority—social, natural, or divine—can my desires be hemmed in, circumvented, and directed? If the miraculous can be delivered to us through technological innovation, there is little reason to believe that the miraculous itself is limited or even beyond human control. Indeed, we are the gods of a brave new world wherein miracles are for sale in the form of electronic devices, where appetitive desire is dressed in the language of rights, and where limits present themselves as an affront.

I suppose for Mitchell the point is that the insistence on a right to birth control or homosexual marriage is part of a refusal to accept any limits on human behavior.

In one sense this is silly; this is just an ad, after all, an attempt to sell a not-very-popular product. And marriage, the focus of this debate, is a voluntary assumption of limits on behavior, a rejection of the pre-AIDS gay culture of sexual liberation. Yet I confess that my reaction to this ad was the same as Mitchell's -- the slogan "no limits"  has real appeal in American today, and there is something wrong with that.

I think the reason serious environmentalism has never gotten real traction in America is that we can only protect our planet by limiting what we do, and we hate to be forbidden anything. Poor Americans are falling away from the culture of healthy bourgeois family life that defines the American mainstream, unwilling to accept its strictures, while those of us within the mainstream dream about becoming rich or famous enough to somehow break through the walls around us and live free. Limits on health spending are "death panels," limits on American military action are unpatriotic weakness. We worship power and freedom, and scorn boundaries.

What irritated me about this ad was the appeal to narcissism.

I agree with both of you, but go beyond that:

What most annoys me about the ad is the suggestion that we *should* be uploading everything. There is far too much dross surrounding us every day, often masking the wonders John speaks of in his post about the miraculous (and yes, those are my miracles, too, John!).

I want my internet to be screaming fast, whether on desktop or mobile phone. But I wish more people would grasp the *value* of limits on what they upload and what they bloviate about on blogs and Facebook pages.