Ancient America at the LACMA 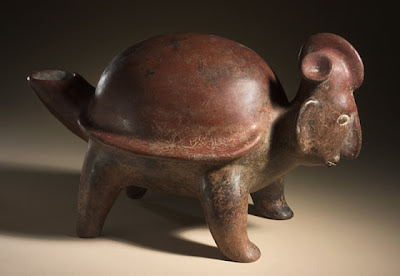 The Los Angeles County Museum of Art has starting putting high quality images of their enormous collection online. Their holdings in Ancient American art are especially famous, so I am celebrating their online project with some pictures. Above, a human-headed turtle figurine from Colima, Mexico, dating to between 200 BCE and 500 CE. 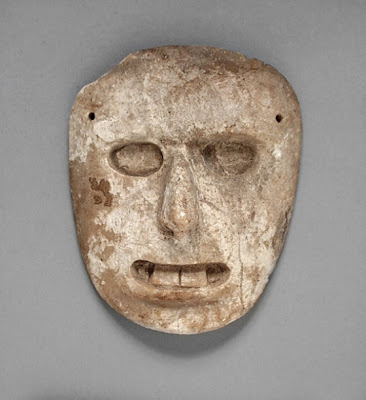 Many of their objects were purchased by California collectors in the early 20th century, after having been excavated or looted from archaeological sites. So for many there is very little provenience information, and they can only be dated by style. For some objects this is fairly precise, but for others they can do no better than a very broad guess. The mask above is dated "500 BC to AD 1000," and the provenience is "Mexico." The LACMA has dozens of these simple figurines and masks, maybe hundreds. 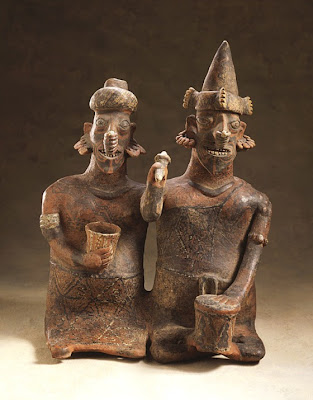 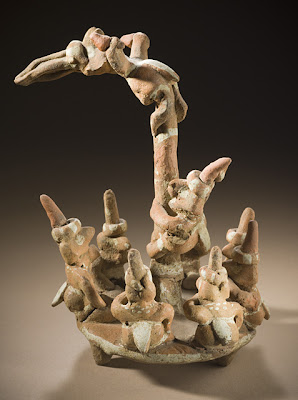 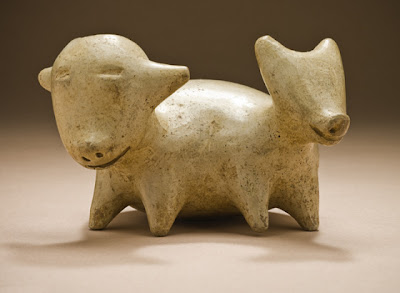 Figures from the Nayarit Culture of western Mexico, 200 BCE to 500 CE. A married couple with many nose rings, a pole ceremony, and a two-headed dog. 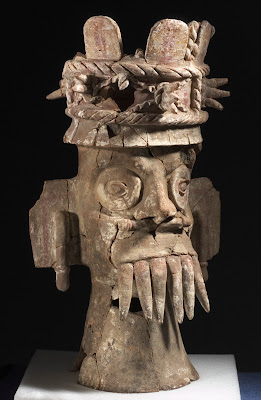 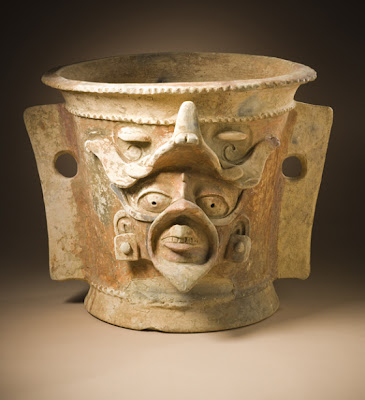 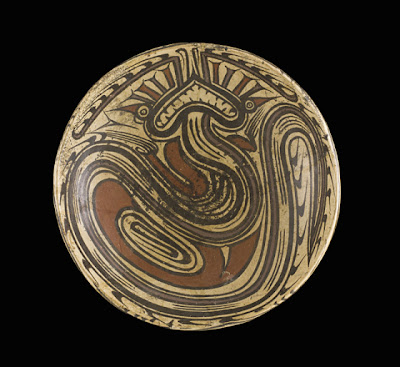 And a vessel from Panama depicting a sea serpent, dated 500 to 700 CE. 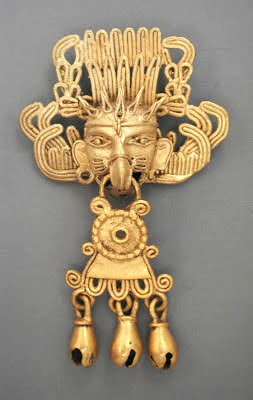 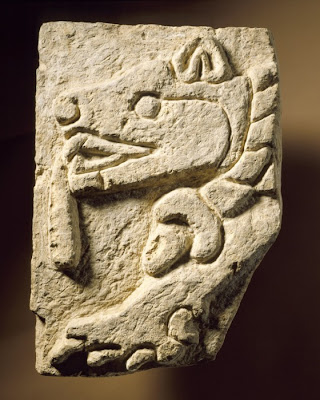