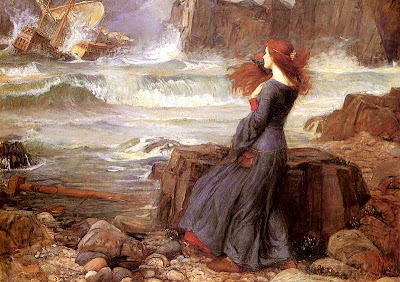 John William Waterhouse (1849-1917)  is one of my favorite painters. He was not very original, not very profound, and had a limited range, yet I just love his stuff. A painting like the one above, Miranda - The Tempest (1916) touches my imagination in a way that no path-breaking work of the avant garde ever will. 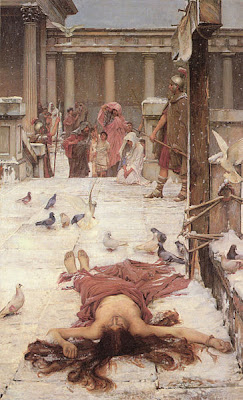 Waterhouse's work looks so much like the Pre-Raphaelites that many people think he was one, but actually he came along a generation later, and he was still painting in this mid-Victorian style as World War I and Dada raged around him. Saint Eulalia (1884)

People say that his brushwork was influenced by the Impressionists, and I guess I see that in the roughness of some of his images. But mainly he was the heir of Millais and Burne-Jones. Circe Invidosa (1892) 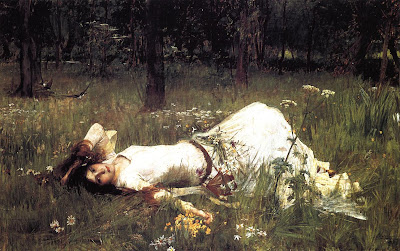 You can already see that many of his paintings focus on a woman with magical qualities and tragic associations. In fact he painted Ophelia and the Lady of Shalott each three times, and Circe four. But who cares! I love paintings of magical, tragic women. This is his first Ophelia, done in 1889. 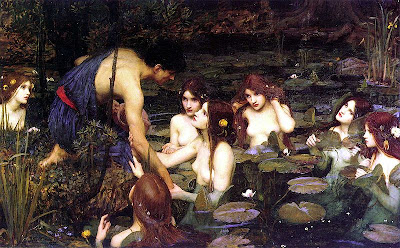 This is Hylas and the Nymphs (1896), which I love because those wide-eyed girls are so creepy and dangerous looking. 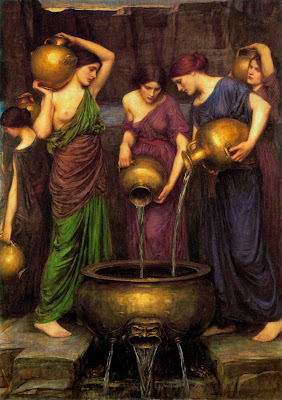 The Danaïdes (1904). They're the ones who murdered their husbands on their wedding night and were condemned to carry water to a vessel that could never be filled. Futility never looked so beautiful. 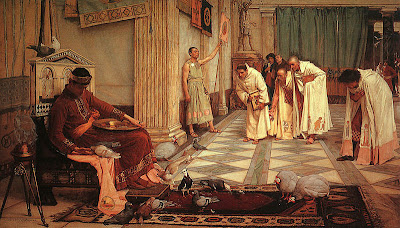 For variety's sake, here's one with no magical or tragic women: The Favorites of the Emperor Honorius (1883), which copies Alma-Tadema about as closely as it is possible for one artist to copy the style of another. But it's beautiful, so away with your original, creative, mold-shattering work and let me look at things I like. 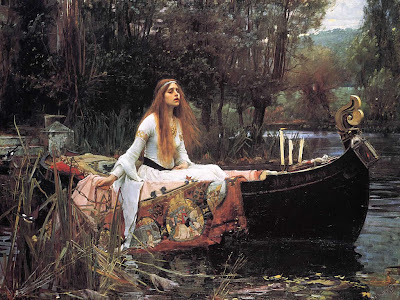 And his first The Lady of Shalott, from 1888. She was the one who loved Lancelot so much that when he rejected her, she either (depending on the version) drowned herself or wasted away. 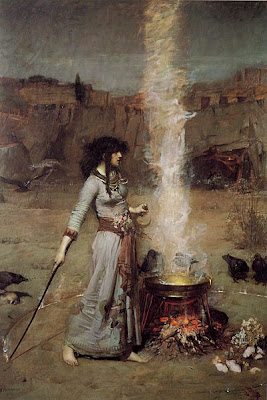 There is a place in the world for the shocking and the bold and the new, but to me it will never match that which beautifully expresses ancient tradition. The Magic Circle (1896)
Posted by John at 8:39 PM