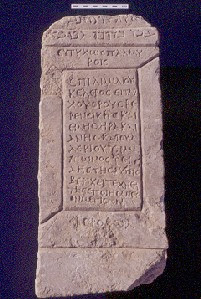 Berenike was an ancient port on the Red Sea coast of Egypt. Our ancient sources tell us it was founded in 275 BCE by Ptolemy II Philadelphos, Macedonian ruler of Egypt, to import elephants. The overland route to India had been cut off by rival Macedonian generals who ruled Syria and Persia, and elephants were a key weapon in Hellenistic armies. The city prospered in Roman times due to the seaborne trade with India, for which it was a major emporium. The site was never really lost, and it was revisited by several European explorers, including the famous former circus strongman Giovanni Belzoni in 1818. But nobody did more than visit because of logistical difficulties. The lack of water was an especially severe problem; in ancient times it had to be carried on donkey back from springs in the mountains several kilometers away. 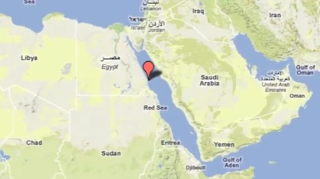 Because of the difficulty of sailing in the northern Red Sea, the ancients found it easier to land cargoes at Berenike and send them by road overland to the Nile -- traces of this road, and some of the forts that guarded water sources along it, still exist -- then float them down the river to Alexandria. I find this puzzling, but I guess they knew better than I do. 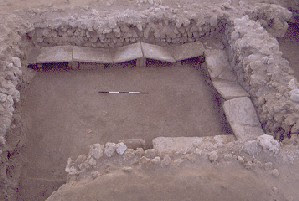 Aided by a paved road that reached the site a few years before, archaeologists from the University of Delaware began working at Berenike in 1994. This work quickly showed that the site was occupied into the sixth century CE. Archaeological evidence suggest two periods of intensive occupation, in the 1st to 2nd centuries CE, and the 4th to 5th centuries. During those busy times the city probably had a permanent population of about a thousand, much swelled when the fleets from India, sailing with the seasonal monsoons, were in port. Some of the buildings were downright luxurious:


In all periods of occupation the inhabitants of Berenike had access to luxury items, such as finely decorated glass and imported ceramic fine wares. Their houses, although built of local materials of poor quality, such as fossil coral heads, gypsum blocks and sand bricks, were furnished with rich tapestries. Some of the buildings were decorated with marble flooring or wall revetments, imported from Asia Minor. Most food was imported from the Nile valley, over a distance of at least 375 km (235 m). Water was supplied by a number of wells at the foot of the mountains of the Eastern Desert, approximately 8 km (5 m) from the town. 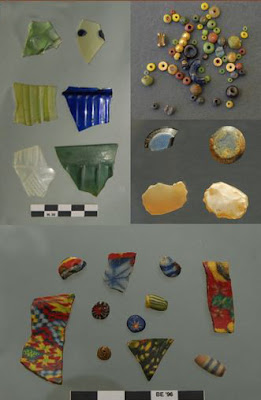 The U of Delaware excavations ran from 1994 to 2001. Work at Berenike resumed in 2008 as a joint American-Polish project,  running through 2011. Their web site includes a nice summary of each year's work. 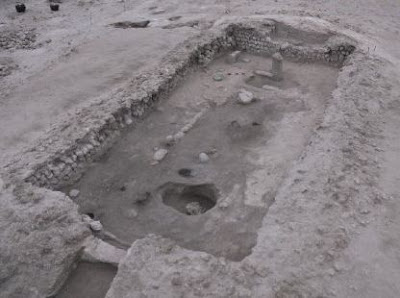 Several temples have been identified, sailors being a superstitious lot. The largest seems to have been dedicated to one of those wonderful Hellenistic synchretisms, Zeus-Serapis. Large warehouses have also been found, and a structure on an island in the harbor that may have been a lighthouse. 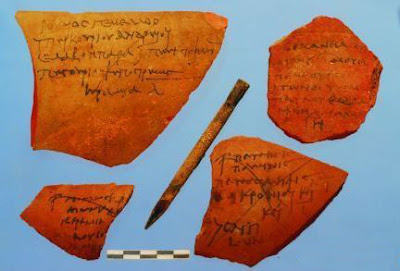 One of the most exciting finds was a dump of potsherds that turned out to be the documents of the Roman administration. In the ancient world bits of broken pottery were regularly used for simple documents, such as the famous ostraka of Athens. Here, passports and permissions to trade were written on sherds. These little documents show that the place had a Roman governor and several military officials, whose titles appear regularly. Most are written in Greek, some in Latin, some in Palmyrene, and some in "other languages which have yet to be identified." The sherds confirm that water was rationed in the town, since many document grants of water to individuals or temples. 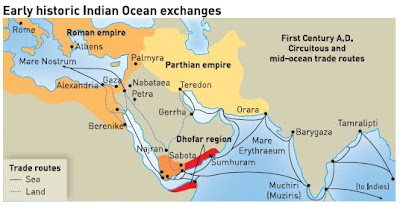 Another remarkable feature has been the large amount of preserved plant material, including more than a thousand peppercorns, coconut fragments, pieces of teak wood, and other exotica. These finds, along with the documents, confirm that the Romans maintained a very large and profitable trade with India. The Indians had more goods that the Romans wanted than vice versa, so part of the cost of the imported silks and spices was paid in silver, which worsened the Romans' long-term problem with maintaining a stable coinage. The excavators of Berenike estimate that a single ship coming from India might have carried cargo worth a million denarii, from which the state took 25 percent as a tax. No wonder the place had its own governor and garrison! 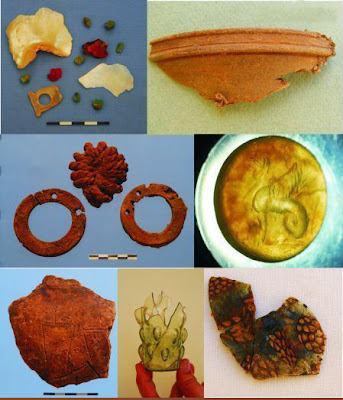 It's an amazing story, and reminder of how much happened in the past that doesn't make it into our textbooks.
Posted by John at 3:59 PM