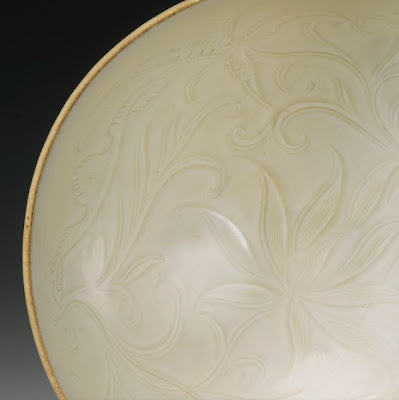 This bowl was made in China during the northern Song Dynasty, probably in the late 12th century. Its style called "Ding," one of the "Five Great Wares" of Song Dynasty China. The kilns for this ware were in Hebei province. Several years ago, an American couple bought it for $3.50 at a yard sale. Eventually they realized that they might have a treasure on their hands and consulted art experts, who told them it might sell for $200,000 to $300,000. Last week at Sotheby's it sold for $2.2 million. 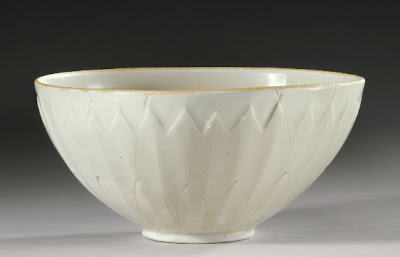 It is very thin and has an unusually pale color. Its diameter is 5 3/8 inches (13.4 cm). The only other known similar bowl in is the British museum. 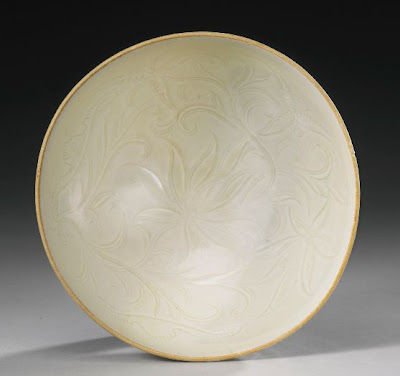 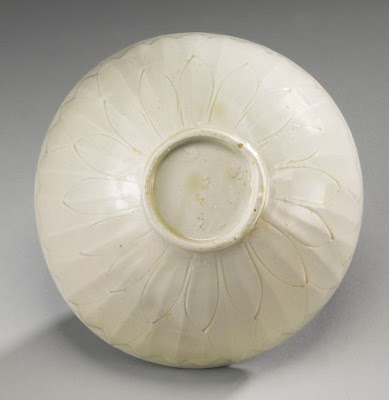