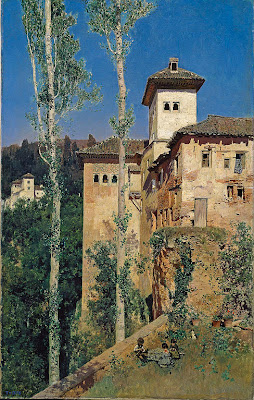 Martín Rico y Ortega (1833-1908) was one of the leading Spanish artists of the nineteenth century. He painted mainly landscapes and street scenes, although he liked to put people in them. Above is one of his most famous works, and my favorite that I have seen, The Ladies' Tower at the Alhambra (1871). 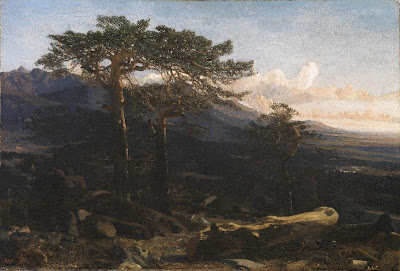 His early works were often mountain scenes in the Romantic mood, like this one from 1858. 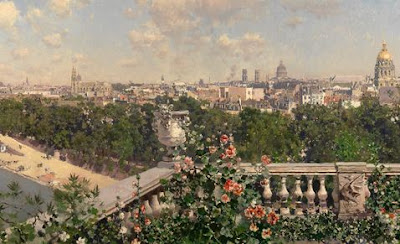 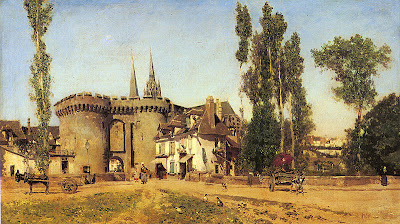 He met and was influenced by Charles-François Daubigny; he seems especially to have copied Daubigny's drab color scheme for rural scenes. This coloring is perhaps accurate, especially for the summer, but I find it depressing, so I prefer the street scenes and other livelier compositions. Above, The Village of Cartres. 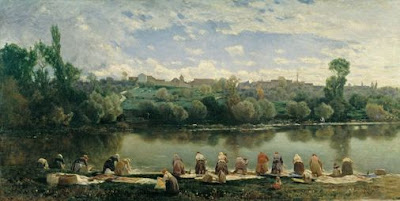 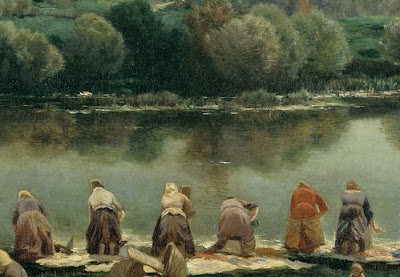 The Washerwomen of the Varenne River (1867), and a detail. 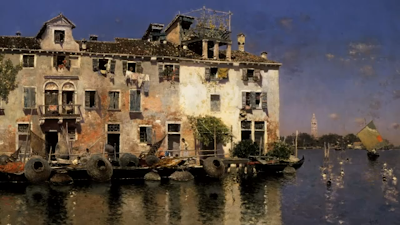 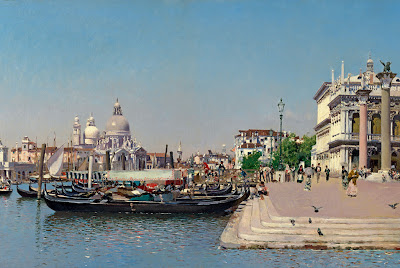 In 1873 Rico discovered Venice. He went back almost every year for the rest of his life, painting, as one account I saw said, "every street corner of the city." These are probably his most popular works --certainly they are the ones most reproduced online -- but I find that they look rather like a million other paintings of Venice, so they don't seem as fresh to me as his other work. 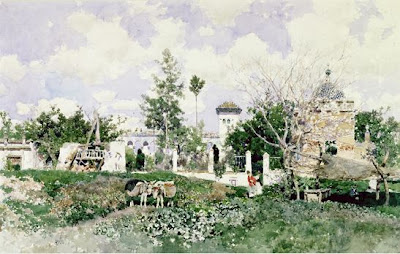 Even though Rico is quite famous, I just discovered his existence today, reading about an upcoming major exhibit in Dallas. Again, the advantage to being only half-educated in art; there is so much that I don't yet know.
Posted by John at 9:27 PM