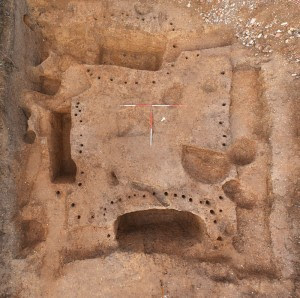 Excavations by the Colchester Archaeological Trust have exposed a Roman, pre-Christian cemetery under a car park. The acidic soil had mostly dissolved the bones, but lots of other things were found. Most interesting, perhaps, was evidence that the graves had been surrounded by fences (above), and divided into groups by other fences. These fences may have represented family plots. 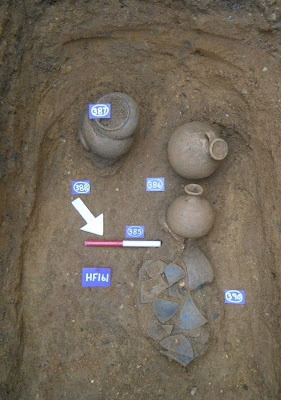 Many children's graves were present, identified by their small size. Most graves contained no artifacts, but some had a few, like the pots above, and the jet Medusa medallion below. 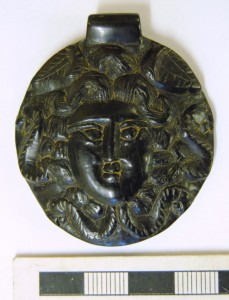