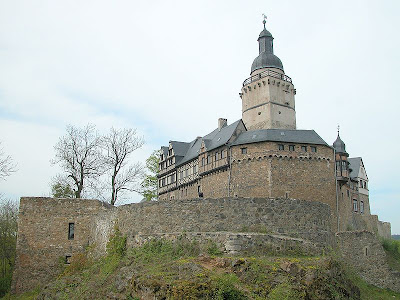 Falkenstein -- Falconstone -- seems to have been irresistible name for German speaking castle builders. German wikipedia lists 27 Castle Falkensteins. Above is the Falkenstein in the Harz Mountains of Germany. This is said to have been built because of a killing in a duel. Around 1080, Egeno II of Konradsburg slew Count Adalbert of Ballenstedt. To settle the dispute, the killer was made to give his family seat up to become a monastery. (Note that wikipedia calls Egeno a "murderer" but this is wrong -- the killing was public, part of an ongoing feud, so not a "murder" as medieval people understood the word.) As a result, Egeno's son, Burchard von Konradsburg, had the new Falkenstein Castle built starting in 1120. 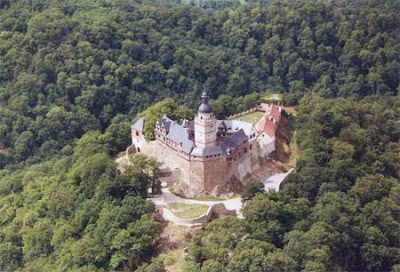 By 1155 the family were calling themselves the Lords of Falkenstein, soon after that, Counts of Falkenstein, a title they held until 1334. Later owners of the castle continued adding onto it into the 17th century, and it was occupied by noble residents into the nineteenth. But it retains its essential medieval form. 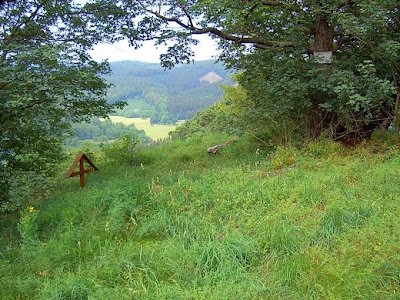 Not far away from that Falkenstein is Alt Falkenstein -- Old Falkenstein -- a ruin constructed in the 11th century and destroyed in 1115, but which had nothing really to do with the other Falkenstein. The above seems to be a view of the hill where the castle was; I can't find any pictures of the ruins themselves, so I guess there isn't much. 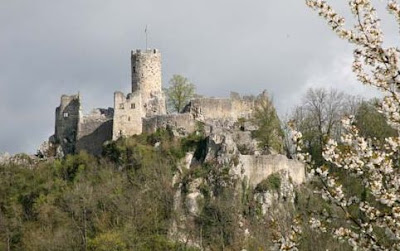 And then there is this Neu Falkenstein, one of Switzerland's most picturesque ruins. This castle was begun in the early twelfth century by a local noble family on a hill overlooking an important crossroads. 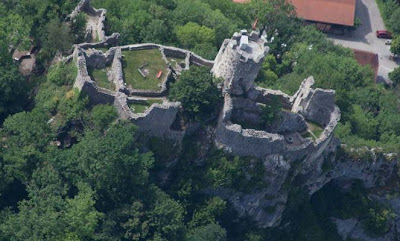 The castle came into the hands of the Bishops of Basel, and in the early thirteenth century they entrusted it to a family named Bechburg. They, of course, came to be known as Falkenstein, and soon (nobody knows by what authority) they were calling themselves the Counts of Falkenstein. 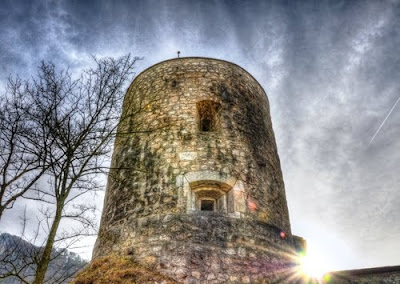 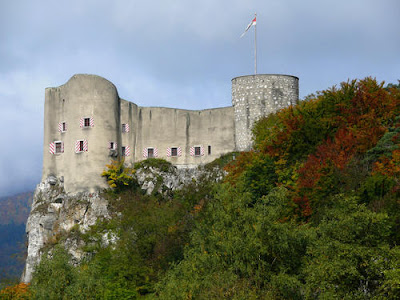 Not far away from that New Falkenstein is another Old Falkenstein, which, confusingly, was build after New Falkenstein, beginning in 1305. This castle was much fought over during the Swiss struggle for independence, twice besieged by the forces of Bern and Basel. Now it is a regional museum. 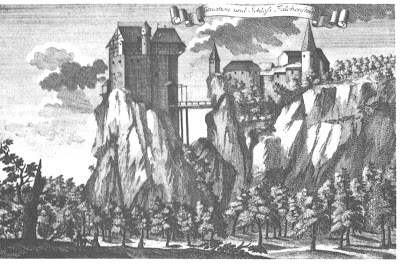 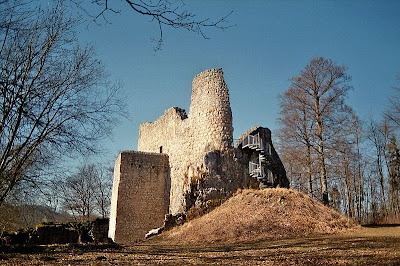 There was another Falkenstein in Baden-Württemberg, Germany, in the Danube Valley, shown above in an illustration from 1750 and a recent photograph. 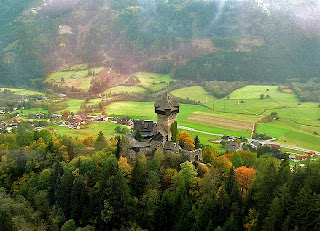 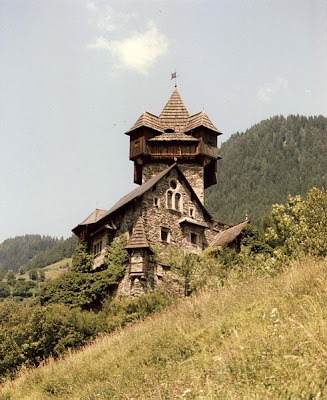 This is Niederfalkenstein (Lower Falkenstein) in Austria, which existed by 1295 but was completely rebuilt in 1772. 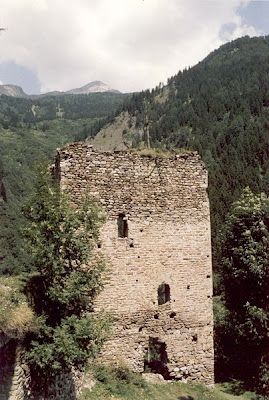 I could go on, but I think that is enough. So if you need a German noble character for your novel, you can call him the Lord or Count of Falkenstein without anybody being able to tell you that you have his family background all wrong. When challenged, you just say, "No, no, I meant a different Falkenstein family, with a different castle."
Posted by John at 4:33 PM