The Slave Cemetery at the University of Virginia 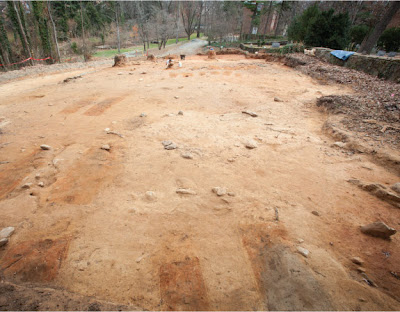 Working just outside the fence of the cemetery at the University of Virginia, landscapers recently uncovered an unexpected array of 67 graves. They found a clue as to these people might have been in an 1898 Alumni Bulletin, where an old alum remembered "in old times, the University servants were buried on the north side of the cemetery, just outside of the wall." In antebellum Virginia, "servants" meant slaves. So the university had accidentally stumbled upon the burial ground for its own slaves, and those of its professors.

As a public service, let me note that I have personally never found that the wall of an old cemetery marked the actual limit of the burials; there are always some forgotten graves outside. So be careful digging anywhere near an old graveyard. 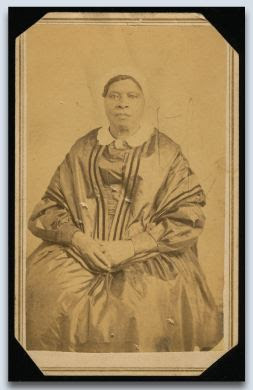 The article about this discovery in the most recent University of Virginia Magazine has some fascinating information about those slaves, including this account of Sally Cottrell Cole (above):


Sally Cottrell Cole was born enslaved around 1800 and worked at Monticello as a maid to Thomas Jefferson’s granddaughter Ellen Randolph. In 1825, the Jefferson family hired Cottrell out to U.Va.’s first professor of mathematics, an Englishman named Thomas H. Key, whose wife required a nurse and maid. Professor Key abruptly resigned in July 1827 and returned to England. Before leaving, he purchased Cottrell for $400 on the condition that she be immediately freed. Virginia law at the time required freed slaves to leave the state within 12 months. Rather than leave, she worked for U.Va. chemistry professor John P. Emmet, then on her own as a seamstress. Cottrell was baptized at First Baptist Church in 1841 and, five years later, married Reuben Cole, a free black man.