The Neolithic Goats of the British Highlands 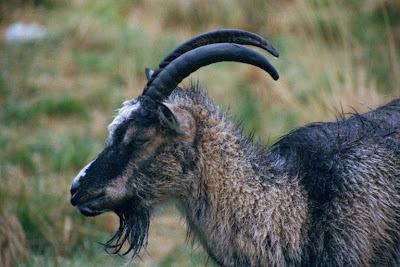 Across the wide spaces of Northumberland's Cheviot Hills roams a creature whose existence I did not suspect until a few minutes ago: the British Primitive Goat. These are feral goats, but not recent escapees. No, they seem to be descended from Neolithic goats brought to the island by Britain's first farmers 6,000 years ago.

Now several distinct populations roam the hills, known by local names such as the Yeavering Bell goats, the Kielder goats of Kielder forest, and so on. Other populations of similar animals roam the highlands of Wales and Scotland. A note on goat society:


Goats generally live in a matriarchal society, with three or more generations of females (nannies) occupying the same home range. Outside the breeding season the sexes tend to be separated. The males, or billies, leave their mother’s home range at about 6 months old and spend most of their time in small groups of billies of a similar age, their ranges may overlap with the ranges of the nannies. During the autumn, billies converge for the rut, competing for access to females. 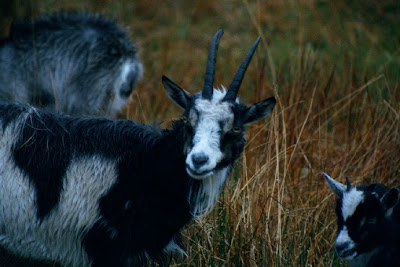 Since they have always been considered just runaway goats, they have been regularly hunted and are protected by no laws. As recently as 2006, the wild herds of Snowdonia were regularly culled to make room for more sheep. The animals have lately drawn the attention of scientists and park managers, and some have been given GPS collars to study where they go and how far they roam. Others biologists are studying goat DNA, to find out if the animals are closely related and how much they have interbred with domestic goats over the centuries. There is even a British Feral Goat Research Group. (Mission: To research the origin, history and present status of British feral goat herds, with the overall aim of identifying the remaining British Primitive Goats and preserving a viable gene bank of these for the future.) 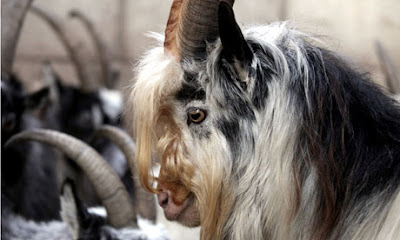 According to the BFGRC, there are 45 herds of feral goats in Britain, with a total population of about 4,000.