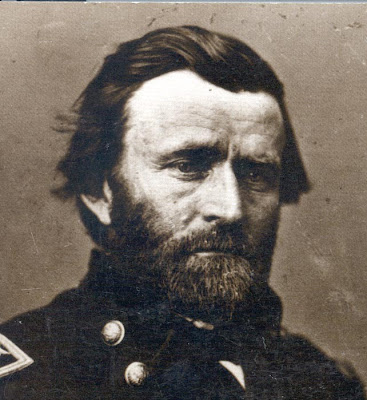 To me, U.S. Grant is a fascinating study in the psychology of military command. His mental strengths and weaknesses combined to make him the right man for a certain military job: hounding the weaker Confederate armies back into the hills. For most of the Civil War he fought predictably and with little imagination, achieving success by simple determination. On two occasions, though, he rose far above himself and carried out complex operations in a masterful way, leading to great victories. Had he been a Confederate commander, he might have been a complete failure, since he was so bad at guessing the intentions of his enemies and responding to them. But as the commander of a superior force, leading them toward a difficult objective, he was outstanding.

The most remarkable thing about Grant as a commander was his indifference to what his enemies were doing. Sometimes this obsessive focus on his own plans and actions was a great advantage; other times it proved a terrible weakness. It was his friend Sherman who first singled out this oddity of Grant’s character as the key to his excellence:

This was Grant’s way. If his enemies got in his way, he would attack them; if they went somewhere else, he would ignore them. As he wrote in 1863,


The art of war is simple enough. Find out where your enemy is. Get at him as soon as you can. Strike him as hard as you can, and keep moving on.

At times, Grant’s single-mindedness led him to near disaster. He was completely surprised at Shiloh, the first of the war’s great, bloody battles. He was so focused on his own preparations for attack that it never even occurred to him that he might be attacked himself, so his forces were utterly unprepared when that attack came. As a result, thousands died.

But it was that same indifference that enabled Grant to chase Robert E. Lee so quickly back across Virginia and besiege him in Richmond, after half a dozen other generals had failed. The other Union commanders had driven themselves crazy worrying about what the Confederates (and Lee in particular) were up to, but Grant didn’t care. He had a plan and stuck to it. Grant has been criticized ever since for his unimaginative, bloody campaign against Lee – in fact he was much criticized at the time. But what else was he going to do? He was certainly not going to surprise Lee with some brilliant maneuver, not on ground where Lee and his officers knew every road and farm, and where their intelligence network gave them exact knowledge of all Union movements. Grant himself was in an uncomfortable position, summoned from the west and placed in command of an eastern army that had been fighting in its own way for nearly three years. He knew little of his subordinates or his men, little of the terrain where they would fight, little of the troops facing him, and nothing of the staff officers he relied on to keep him informed and convey his orders. His first battle in the east, The Wilderness, was a near catastrophe, partly because Grant was waiting for Meade and his corps commanders to get on with the fighting, and they were waiting for orders from him. Yet in the end it didn’t matter. Grant had no way of fooling Lee, who understood perfectly well what Grant was up to, so he didn’t try. But, as Shelby Foote memorably put it, if Grant couldn't trick or outmaneuver Lee he “knew how to whip him and did.”

Grant simply refused to be stopped. Lee excelled at getting into the heads of his opponents, but in that sense Grant didn’t have a head that anyone could get into. He could not be frightened. It may be that the mental trait most important to Grant's success was the way he combined high intelligence with an extraordinary lack of imagination. If it wasn't there, he didn't see it. Not even an illusionist as skilled as Lee could fool him for a moment, and no temporary setback could shake his conviction that in the end his superior army was bound to win.

One moment that showed Grant’s calm indifference to the possibility of defeat came near the end of the dragging siege of Petersburg. In March, 1865, Confederate General John Gordon planned a daring, highly innovative attack on the Union siege lines, using small groups of men to infiltrate the trenches and seize Union forts, turning their own guns against other Union positions. At first they were very successful, and worried staff officers woke Grant before dawn to warn him that he might have to flee from his headquarters. Grant sat calmly while his head cleared from sleep, and then responded that though the Confederates might have overrun the first line, they would never break the second, so his headquarters were safe. After thinking for a while longer he observed that in order to launch this attack, Lee must have weakened his own line somewhere else. Completely ignoring the threat presented by Gordon, Grant wrote out an order for an immediate Union assault all along the Petersburg line. In most places this attack was quickly repulsed, but at the southern end of the lines the Union men overran two miles of Confederate trenches. It was from this position that they launched their own successful assault a week later, sending the Confederates fleeing toward the mountains. 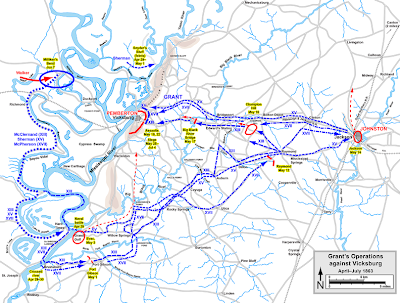 That was Grant, most of the time, more famous for his "4 AM courage" than his cleverness. As I said, though, there were times when he was something much more. The first was during the Vicksburg campaign of 1863, when Grant abandoned his own supply lines and led his three separate corps on a 100-mile march through enemy territory, fighting and winning five battles against forces that were, collectively, a match for his own, until he had pinned down what was left of the Confederate forces within Vicksburg’s defenses. 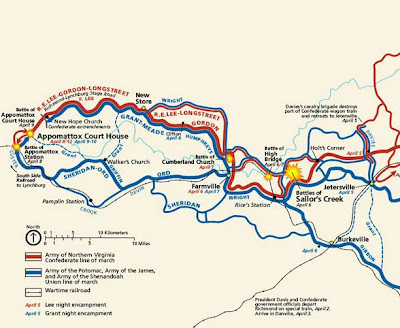 Grant’s other masterpiece is much less well known, because it took place when the war was all but won. But when Lee pulled his army out of Petersburg and Richmond on April 2, 1865, he did not think he was beaten. He had every intention of reaching the mountains and continuing the fight. In this circumstance Grant’s great weight of numbers might have been a disadvantage, enabling a lighter foe to dance away. But with Phil Sheridan’s help Grant drove his army onward in fury, trapping and destroying one piece of Lee’s force after another. Lee found that wherever he wanted to go, Grant’s men were there first, hounding him, harassing him, and running him to the ground at Appomattox Court House just a week later. All through the war Lee had been able to anticipate his enemies' moves, but now it was Grant who anticipated Lee's. 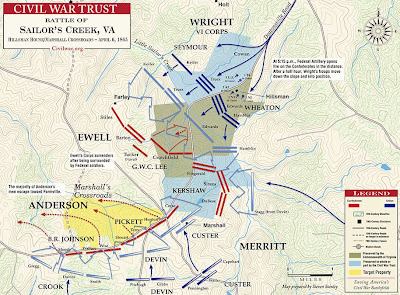 The biggest battle was at Sayler’s Creek on April 6. Here, Sheridan’s cavalry, Custer’s division in the lead, held up the Confederate corps of Ewell and Anderson long enough for Wright’s VI Corps to catch up and launch a powerful assault. Anderson’s men broke and fled, but Ewell’s had nowhere to go and surrendered by brigades. That day the Union took only about a thousand casualties while killing or capturing nearly 8,000 Confederates, one of the war’s most decisive outcomes. Grant’s last campaign was extremely well led, and it did the nation the service of providing a decisive end to a war that might yet have dragged on for months or even years. 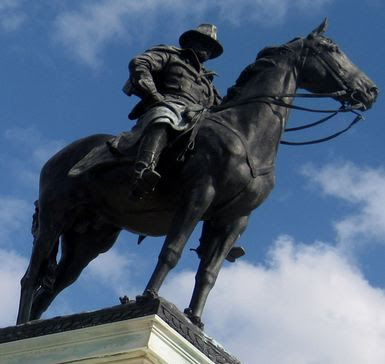 I must admit, though, that the real reason I admire Grant so much as a commander is his ambivalence toward war. He hated the Mexican War, which most of his army colleagues regarded as a grand adventure. He called it, “one of the most unjust wars ever waged by a stronger against a weaker nation.” Another time he wrote,


The Southern rebellion was largely the outgrowth of the Mexican war. Nations, like individuals, are punished for their transgressions. We got our punishment in the most sanguinary and expensive war of modern times.

He thought that the Civil War, by contrast, was eminently just, but he still refused to revel in his victories. As he lacked fear, he also lacked the bloodsport enthusiasm that overtakes so many soldiers, even reluctant ones, in the heat of battle. War allowed him to exercise his powers to their fullest, but it did no really excite him.  Touring Europe after the war, he said


Although a soldier by profession, I have never felt any sort of fondness for war, and I have never advocated it, except as a means of peace.

Although such comments are commonplace among generals, it seems that Grant, more than others, really meant them. So I take the time today to honor him for the part he played in holding the Union together and crushing the cause of slavery, for his determination, and for the way he rose above himself when the stakes were highest, shortening our national tragedy with decisive daring.
Posted by John at 9:05 PM