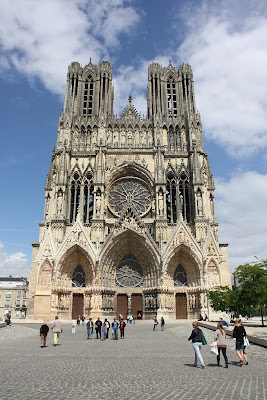 The Cathedral of Our Lady at Reims is one of the great masterpieces of the high Gothic. 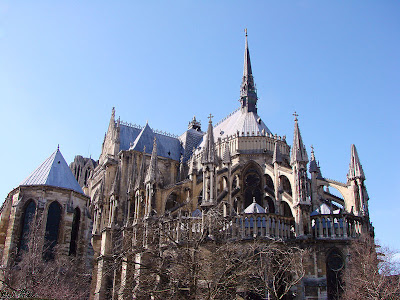 The first cathedral here was built in the 5th century, and it was in that building that Clovis was baptized in 496. Reims thereafter became the place where the kings of France were crowned, giving it an illustrious history. That church was rebuilt in the ninth century. 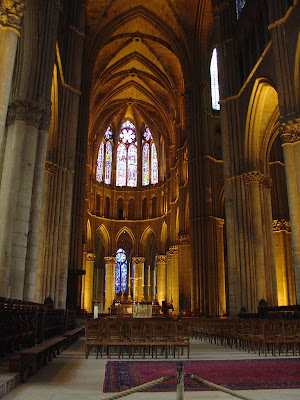 The Carolingian church was badly damaged by fire in 1210. Since the mania for building Gothic cathedrals was then at its height in France, it was decided to tear down what was left and build anew. The cathedral celebrated its 800th birthday in 2011. But of course construction only began in 1211, and the nave was not roofed until 1299. One reason for the delay was a violent conflict between the cathedral chapter and the townsfolk that broke out in 1233, completely halting work for three years. The upper parts of the west facade were completed in the 14th century, but they seem to have followed 13th-century plans, giving the cathedral an unusual unity of design. 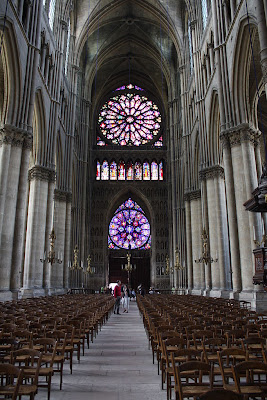 One of the striking things about the design is the use of additional windows above the doors on the west front, rather than sculpted tympanums. 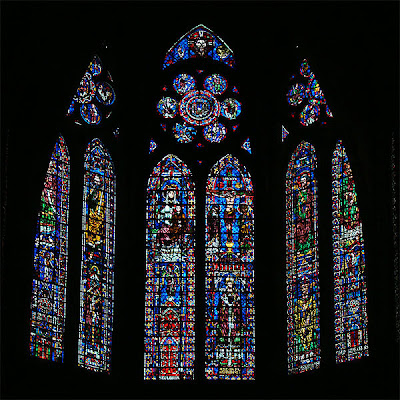 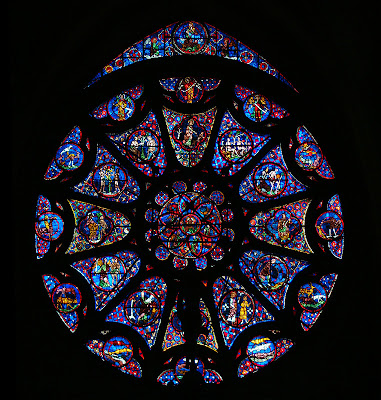 The church still has many original 13th-century windows. 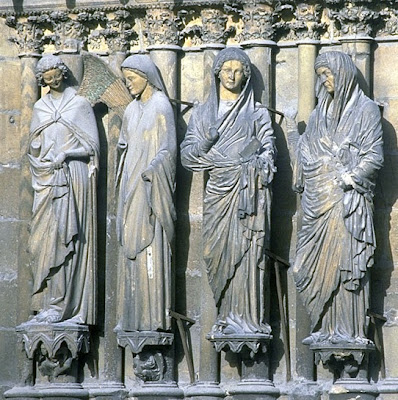 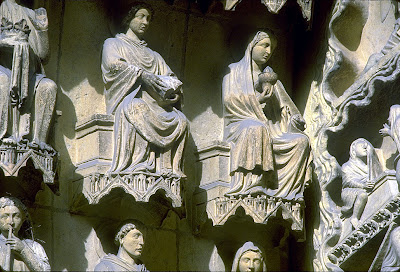 The sculptures in the west front are also very famous. 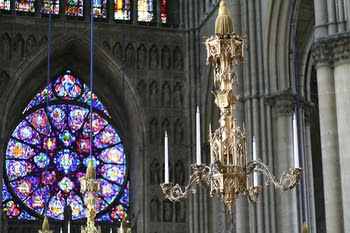 I don't know how old this chandelier is, but it does look nice. 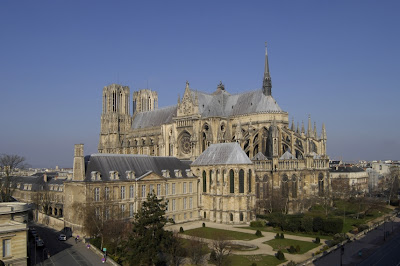