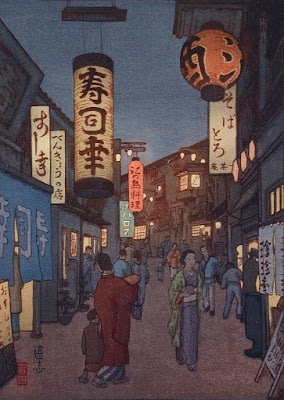 Toshi Yoshida (1911-1995) was a Japanese painter and maker of woodblock prints. He learned print-making from his father, Hiroshi Yoshida, doing what was by the early twentieth century the most normal and traditional sort of Japanese prints. This was an old-fashioned Japanese family business in which the son was still a junior apprentice at 25, filling in details on compositions chosen by his father. The oldest works I can find in his name are from 1938, like this one: Tokyo at Night, Shinjuku. 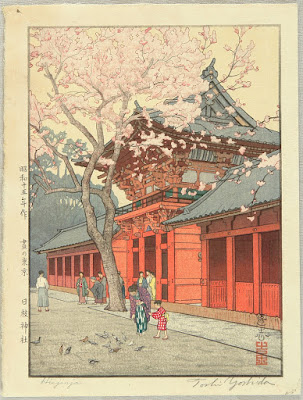 Hie Shrine, Tokyo. Note the signature in Latin letters, which means this print was sold to a foreign buyer after World War II. 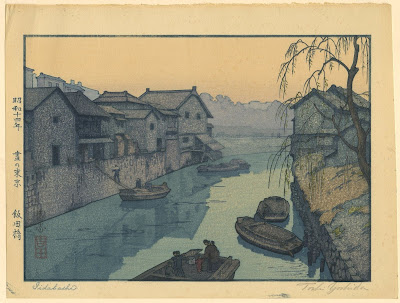 Yoshida managed to become independent during World War II, when he traveled as a journalist. But as you would expect the woodcuts from the war years are also strongly traditional. Idabashi, 1939. 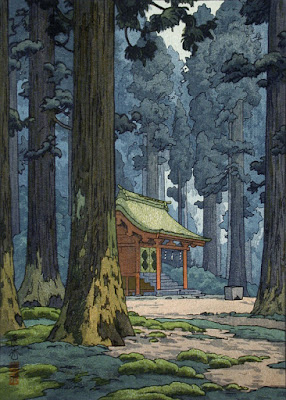 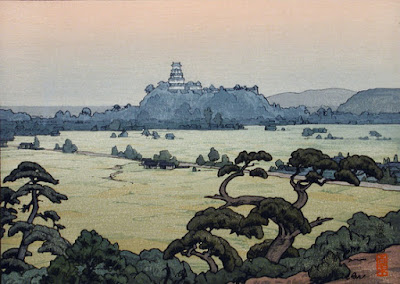 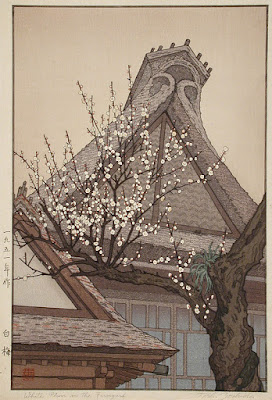 In the poverty-stricken years after the war Yoshida seems to have kept on with the traditional Japanese material, I assume for sale to Americans and other foreigners; or perhaps his works were sold as cheap prints to decorate newly rebuilt homes. White Plum in a Farmyard, 1951. 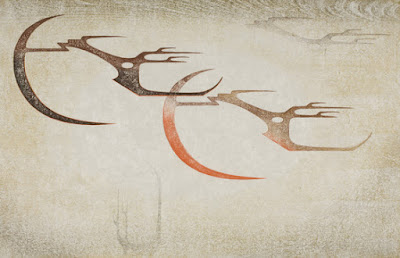 According to online biographies, Toshi always wanted to experiment with abstract art, but never dared until after his father died. Once out from under the paternal shadow he began to experiment in many directions. The Beginning of Day, 1957. He actually produced quite a few abstract works, many of which were collected in the US and Europe. 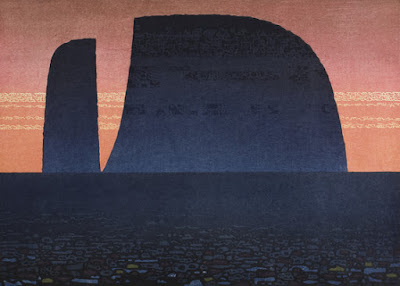 Lost World, 1964. I sense in Yoshida a lifelong ambivalence about the traditional Japanese art in which his father trained him. He never abandoned it, but he kept trying to branch out. 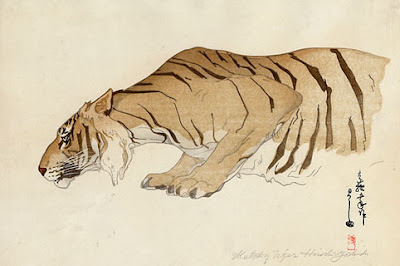 Yoshida had always liked drawing and painting animals, and beginning in the 1950s he began to produce animal prints and picture books for children. 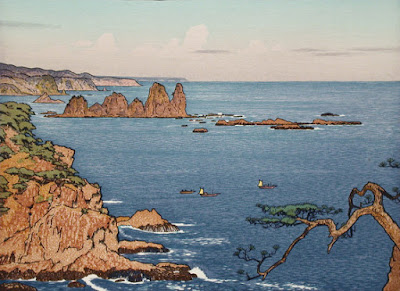 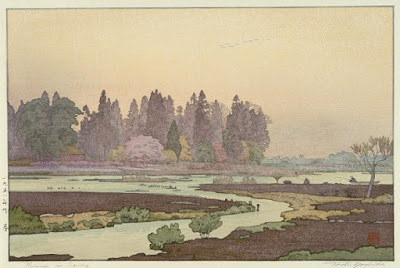 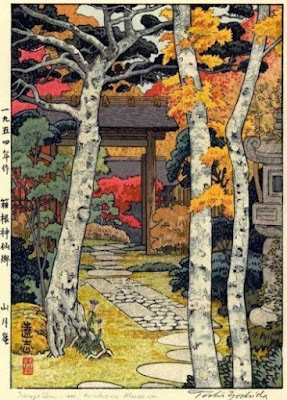 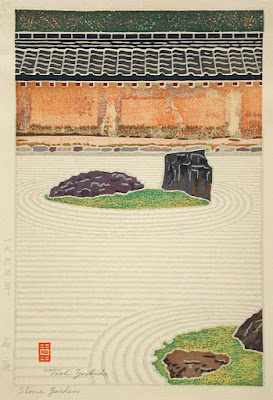 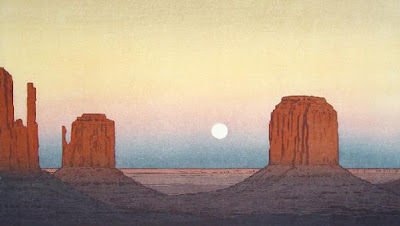 Yoshida traveled to America and made prints of American scenes. Monument Valley, 1970. 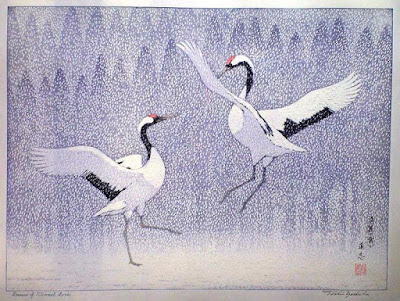 In 1980 Yoshida opened a print-making school in Nagano Prefecture. He trained many future professionals there, including numerous Americans. Dance of Eternal Love, 1970. 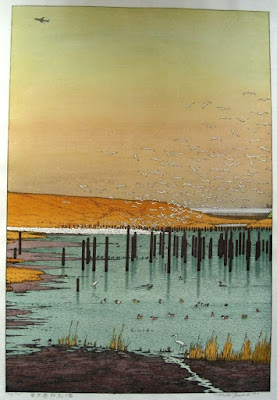 I thoroughly enjoy every single image of the set. That's pretty unusual. Thank you for telling me about Yoshida-san!