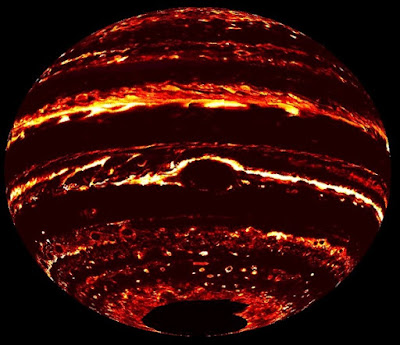 NASA's Juno spacecraft is peacefully orbiting Jupiter these days, on an elliptical orbit that brings it close to the planet every 53 days. It is doing lots of science about magnetic fields, the planet's gravity, and so on, very technical stuff. But it also has an infrared camera, which produced the image above, and a marvelous visual light camera. That camera took the images that were assembled into the portrait of the planet's South Pole shown below. While the equatorial regions are organized into those famous bands, which haven't changed much in 300 years, the poles seem to be a chaotic mess. 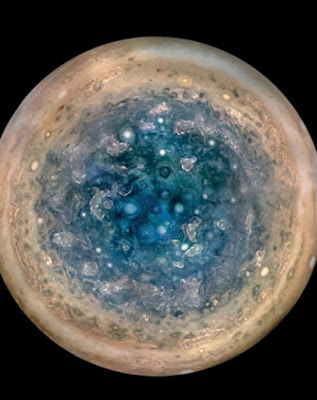 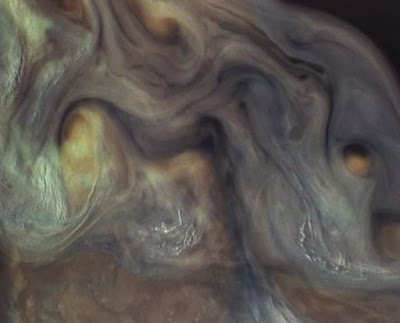