The Galloway Hoard Valued at £1.98 Million 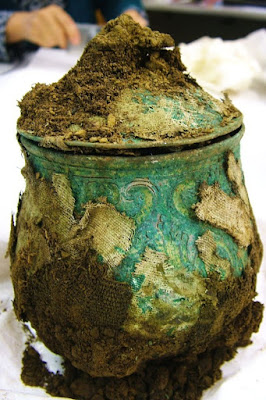 I have written twice before about what is now being called the Galloway Hoard, a Viking treasure found by a metal detectorist back in 2014. Part of it was in this Carolingian pot. At first the pot couldn't be opened, so it was CAT scanned to find out what was in it, but then eventually the thing was opened; I've never been able to find out how. 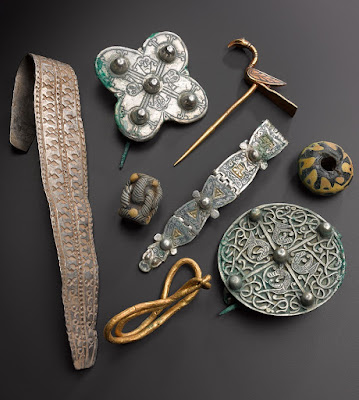 The whole treasure has now been cleaned and conserved, yielding these amazing pictures. 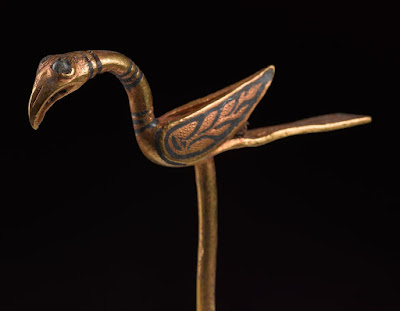 The hoard is in the news today because a Scottish court valued it at £1.98 Million (about $2.5 million) and allowed the National Museums of Scotland six months to raise the money. (Gold pin) 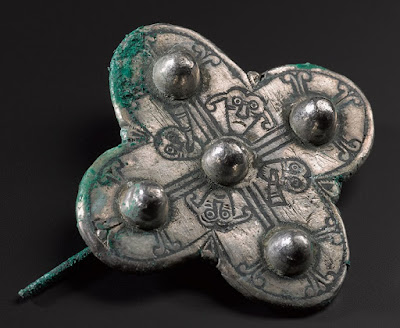 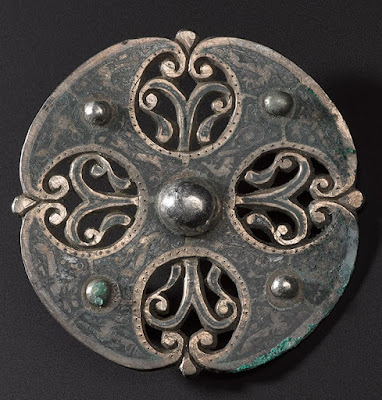 This irritated some locals in Dumfries and Galloway who wanted the hoard in a local museum, but the court held that the find is of "international significance," which means giving preference to a museum of international standing. (Two brooches. Note the faces on the one above) 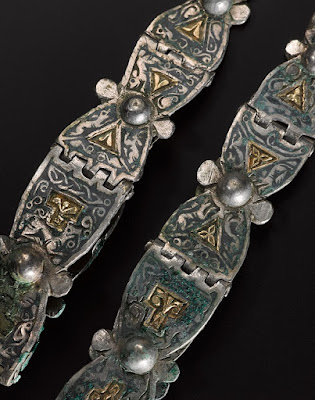 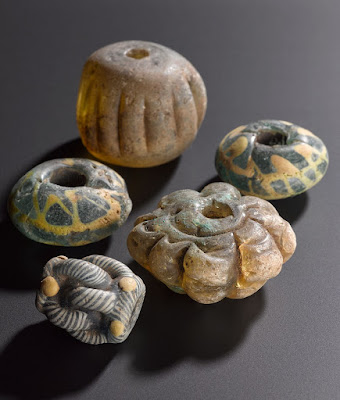 Glass beads from Scandinavia. More at The History Blog.
Posted by John at 8:22 AM

In theory, it does make more sense to give the larger museums the rarer, more important pieces. But in reality, most of the large museums show only a fraction of what they have in their collections, and leave most of it in storage, which defeats the purpose entirely.

It's a pity that we keep finding excuses to give less and less funding to museums of all kinds. The past might as well just remain buried at this rate.