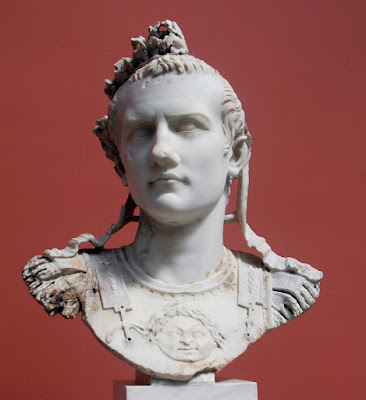 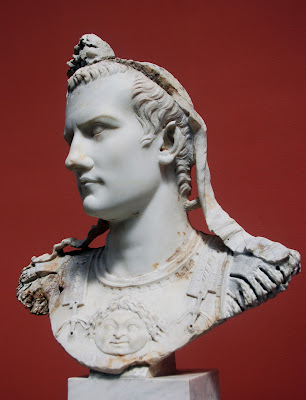 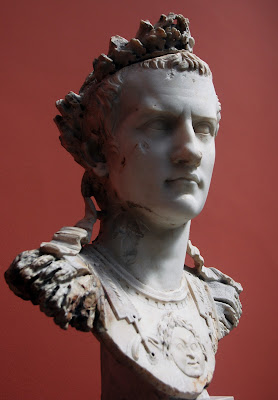 Portrait bust of the depraved (or so they said) emperor Gaius, better known to us as Caligula. This was fished out of the Tiber river, which is interesting because our sources tell us that after Caligula was assassinated in 41 CE, portraits of him were thrown into the river. On the other hand the museum dates it to around 100 CE. That could explain why the emperor looks just the way you would imagine him from Suetonius' account, written in the early second century. This is identified as Caligula partly by the depressed temples, the most salient feature of his physiognomy. This bust is in the Ny Carlsberg Glyptotek, Copenhagen.
Posted by John at 7:57 AM