The Death Song of Ragnar Lodbrok 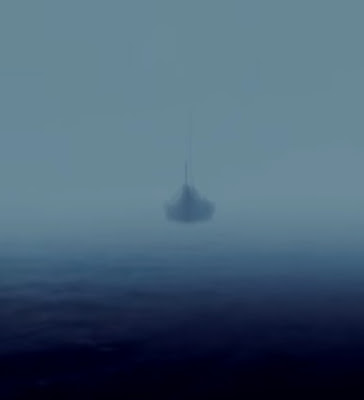 One of the good things to come out of the TV series Vikings is the rediscovery of an old poem called The Death Song of Ragnar Lodbrok. Not that it was ever really lost, but it was so obscure that even people like me had never read it until we heard Einar Selvik perform part of it in the show.

Ragnar Lodbrok (Hairy-Breeches) is my favorite kind of historical character, one who hovers on the exact border of myth and history. Norse sources tell us that he led some of the first Viking raids on Britain, around the year 800, that he also fought in France and in the east, the he married three beautiful noble women in succession, and that he fathered several famous sons: Ivar the Boneless, Björn Ironside, Halfdan Ragnarsson, Hvitserk, Sigurd Snake-in-the-Eye. The first two of these are definite historical figures, attested in sources like the Anglo-Saxon Chronicle, but sadly those more reliable sources make no mention of Ragnar himself. He appears in his own Icelandic Saga, in the Saga of the Sons of Ragnar (both 13th century), in a fragmentary poem that may date to the ninth century, and in Saxo's History of the Danes. Saxo's book was an attempt to turn a mass of traditional stories and poems into a narrative history, and his account of Ragnar seems to be a not-very-successful reconciliation of several incompatible legends. So the historical record is not so great. 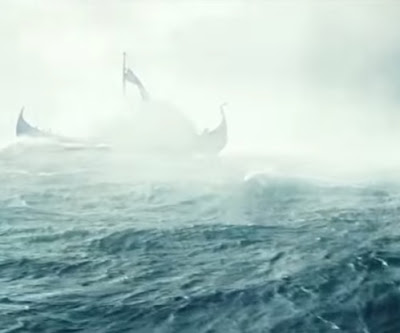 It seems to me, though, that the Vikings would have done great honor to the men who led the first major raids on Britain, and at least remembered their names, so if Ragnar Hairy-Breeches is the name that comes down to us, I am willing to grant him provisional reality. Perhaps he eventually acquired feats performed by other men, as heroes often did, but that he lived and did some mighty deeds I do not doubt.

According to the Icelandic sagas, Ragnar was eventually captured by the King of Northumbria and killed by being thrown into a pit full of snakes. (Wolves, in Saxo's version; take your pick.) Ragnar's Death Song is supposed to be sung by Ragnar from the pit. It is in Old Norse, but not that of the ninth century; the experts think it was composed in the 12th century, most likely in Orkney or the Hebrides. The reason it is not more famous now is that its late date makes it dubious to the people who compile course readers, and even historians who write popular books about the Vikings are leery of quoting it. If you want a few lines of poetry to catch the flavor of the Viking world, we have plenty of fragments composed centuries earlier, including whole poems by the famous Viking Egil Skallagrimson. But 150 years ago it was much more famous, and it did much to shape how Europeans thought about Vikings in the age of Tennyson and Wagner. The Death Song has 29 stanzas, most of ten lines. It starts like this:

You can hear how this would have been spoken here; if you want it sung, go to the Einar Selvik link at the top. 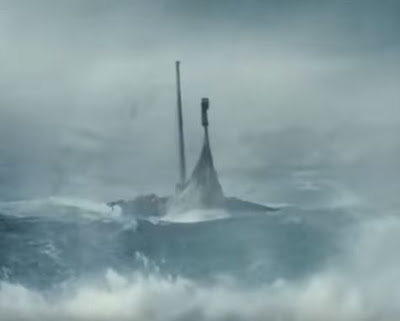 Hjuggum vér með hjörvi is the first line of every stanza; it means, more or less, "We swung our swords." Below, a fairly literal translation of the first two stanzas by Ben Waggoner:


We struck with our swords!
So long ago, it was:
we had gone to Gautland
for the ground-wolf’s slaughter.
Then we won fair Thora;
thus the warriors named me
Loðbrok, when I laid that
heather-eel low in battle,
ended the earth-coil’s life
with inlaid shining steel.

We struck with our swords!
Still was I young when we
went east to Øresund,
carved the eager wolf’s meal.
We gave a great dinner
to the gold-legged birds,
where hard iron clashed, howling
against helmets, tall and well forged.
All the sea was swollen,
in slain-blood the raven waded.

You can see that this was written in the Skaldic tradition, loaded with obscure "kennings" like ground-wolf for serpent, carving the wolf's meal for battle. The lines about heather-eel and earth-coil seem to refer to a dragon.


We struck with our swords!
My soul is glad, for I know
That Balder’s father’s benches
For a banquet are made ready.
We’ll toss back toasts of ale
From bent trees of the skulls;
No warrior bewails his death
In the wondrous house of Fjolnir.
Not one word of weakness
Will I speak in Viðrir’s hall.

Baldr's father, Fjolnir and Viðrir are all ways of naming Odin; his hall is Valhalla. 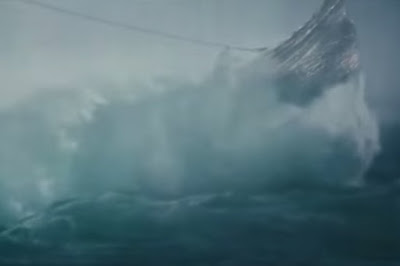 This poem, like the Icelandic Sagas, was composed toward the end of the Viking Age. The great raids were over, the discoveries had all been made, Christianity had replaced paganism, and except in Iceland and Greenland the Viking settlements were gradually being absorbed by the lands where they built their farms. But it was still a violent era, when armed men sailed the northern seas in longships, gathered in firelit halls, and listened to poems chanted by skalds. They still felt great kinship with their mighty ancestors, and they loved songs and stories of those days. 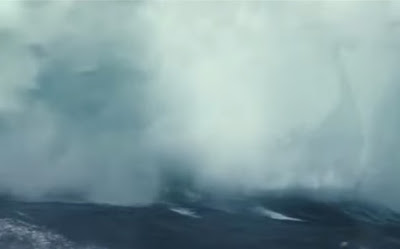 Images of a Viking ship in rough seas come from this video; I think they originate from some European Beowulf film.
Posted by John at 10:10 AM

"Norse sources tell us that he led some of the first Viking raids on Britain, around the year 800, that he also fought in France and in the east, the he married three beautiful noble women in succession, and that he fathered several famous sons"

I was under the impression that the Norse often would take multiple wives? If that is the case, would it be entirely accurate to say he married three noble women "in succession"? Probably technically true, in that he likely held separate marriages, but still...

The sagas were of course written down by Christians, so it is possible that they wished away stories of men with multiple wives. But it was absolutely not the northern tradition for even kings to have more than one wife at the same time. Monogamous marriage between people of equal age and status was the northern model. In the north, queens were important political figures, and there could only be one. So great men who would not be satisfied with a single woman took concubines or bought slaves. Ragnar's wives are all described as noble women of significant wealth and power, and if he really married all three it was almost certainly not at the same time.