I've fallen behind in my plan to present some of the wonderful buildings from The Royal Palaces of India, by George Michell and Antonio Martinelli. So here is another. 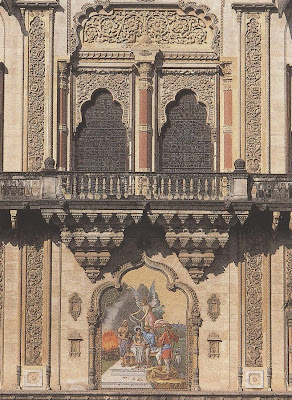 Under the British Raj, half of India was still ruled by Indian princes, with varying degrees of real independence. Some of those princes grew wealthy off the improving trade and so on of the nineteenth century, and they built fabulous palaces for their families. Some of these were built in a style called "Indo-Saracenic," mixing European and Indian motifs and techniques. One of the most famous is the Lakshmi Vilas in Baroda. 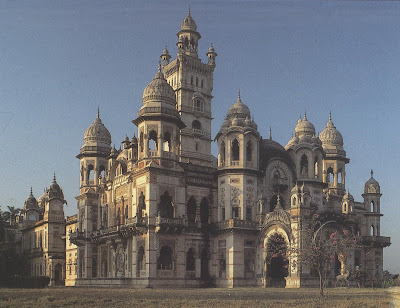 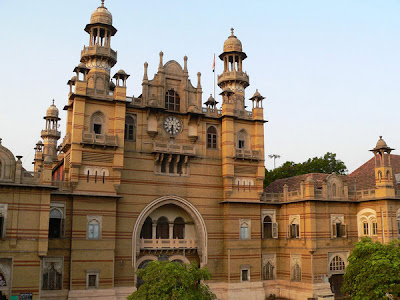 This enormous house, four times the size of Buckingham Palace, was built in 1878 to 1890 by Maharaja Sayajirao Gaekwad III at a cost of 180,000 Pounds Sterling. Major Charles Mant was the architect. 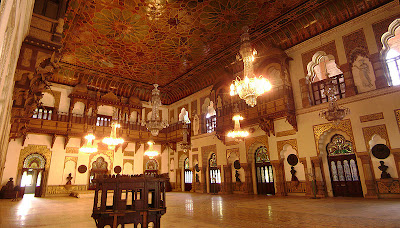 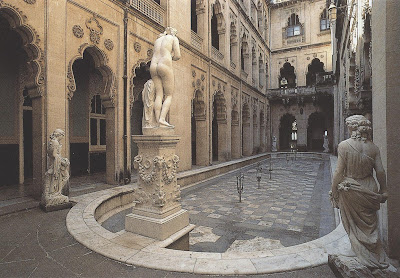 The palace has modern amenities like elevators and plumbing, and a crazy mix of artistic styles. 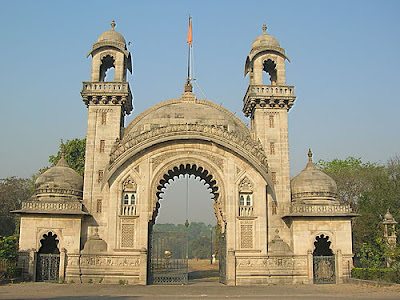 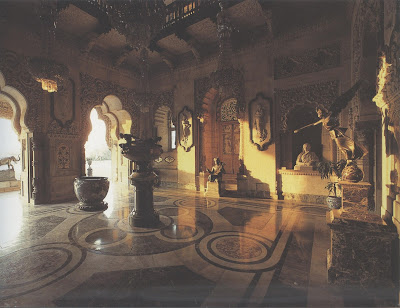 One of the reception rooms, with Italian marble, Moorish arches, and Indian carvings.
Posted by John at 3:28 PM