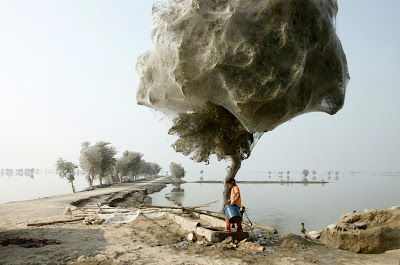 One of the entrants in this year's National Geographic photography contest is this picture from Pakistan, by Russell Watkins. The caption reads:

An unexpected side-effect of the 2010 flooding in parts of Sindh, Pakistan, was that millions of spiders climbed up into the trees to escape the rising flood waters; because of the scale of the flooding and the fact that the water took so long to recede, many trees became cocooned in spiders webs. People in the area had never seen this phenomenon before, but they also reported that there were less mosquitos than they would have expected, given the amount of standing water that was left. Not being bitten by mosquitoes was one small blessing for people that had lost everything in the floods. 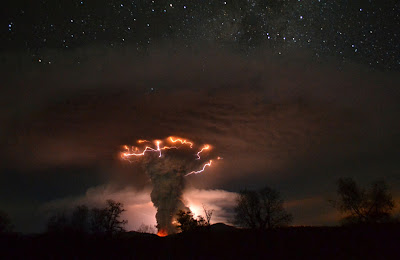 And even though volcanic lightning photos are getting cliché, this picture by Richard Mohr is pretty amazing. 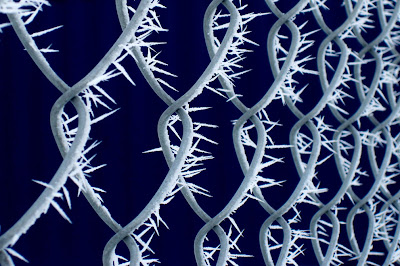 In the "beauty really is everywhere" category I give you this image by Sara Worsham, showing frost on the chain link fence at a construction site, with a blue dumpster in the background.