Readers who have ever taught literature or writing might be interested in David Foster Wallace's syllabi for the courses he taught in modern literature, some of which are being posted online (here and here). He was a fan of the very long, very explicit syllabus. A sample follows, a three-page description of one paper assignment (click to enlarge).

As you might expect, given his fascination with pop culture, Wallace assigned books like The Silence of the Lambs, Carrie, and Lonesome Dove, as well as Kafka and D.H. Lawrence. On the other hand he had a very conservative approach to teaching literature: close reading, analyzing themes and symbolism, class discussion, lots of papers. His syllabi include grim rules about late papers and warnings about missing class, but on the other hand he says his average grade has been in the B to B- range. Some of Wallace's own stories are very free-wheeling in form and deal with strange people or obscure subcultures, which gave him the reputation of a rebel writer, but his paper assignments include precise rules about what must go on the title page and warnings that messy work will be handed back, unread, for revision. 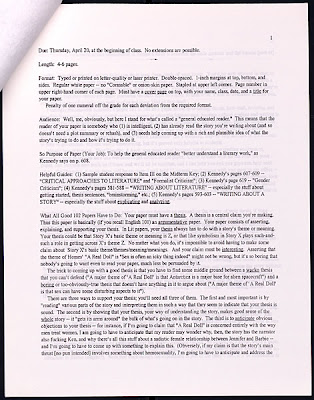 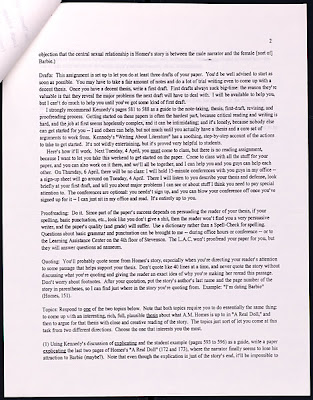 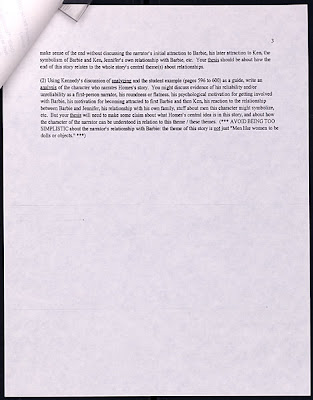