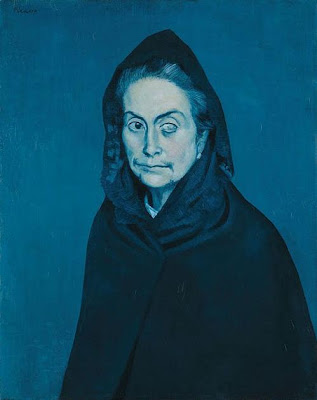 I have noticed that many scorners of modern art (e.g., my three oldest children) have a particular dislike for Picasso. I suppose this is mainly because he is held up to them in school as a great genius, and they have the adolescent's love of despising whatever their teachers offer to them as great. Since some of Picasso's work looks clumsy and cartoonish, they guffaw -- We're supposed to be impressed by that? And, really, who can blame a 14-year-old with no knowledge of art history or the culture of the early twentieth century for thinking that cubism was stupid? (Above, The Woman with One Eye, 1904.) 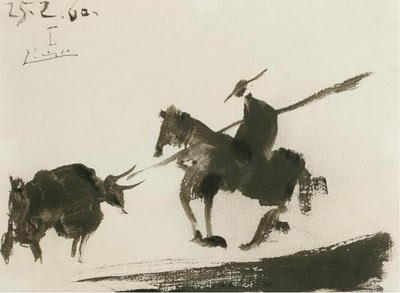 I am myself not a huge fan, but I do respect Picasso's talent and I like some of his work. I here offer a sample of things that show his range and ability, and which I think are amazing. (Above, one of the series Scenes from a Bullfight, 1958. 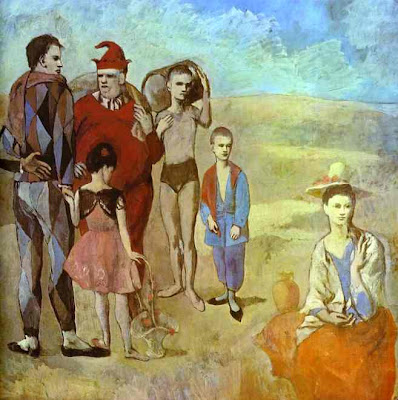 Perhaps schools that want to teach Picasso should tell 14-year-olds that in school Picasso was taught, "you should paint like this and this and this," and he thought, "forget you, I am going to break every single one of your rules and paint however I want and show you that I can still make great art." Fourteen-year-olds might appreciate that. The Family of Saltimbanques, 1905. 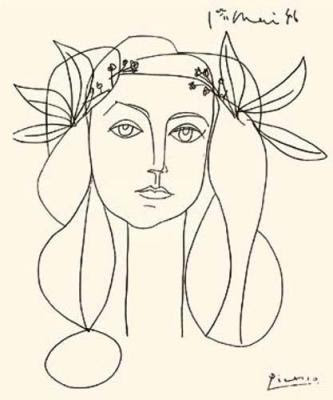 Head of a Woman. 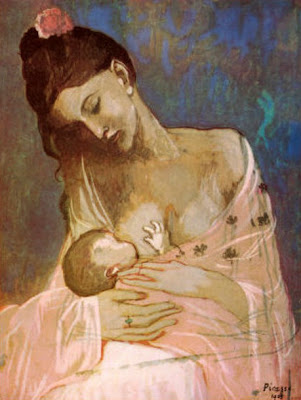 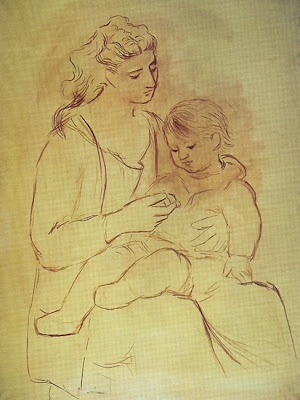 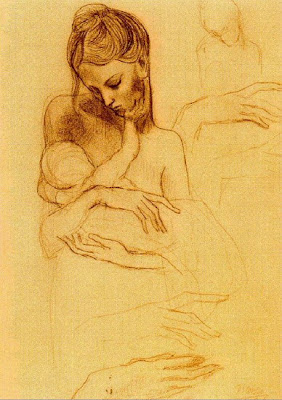 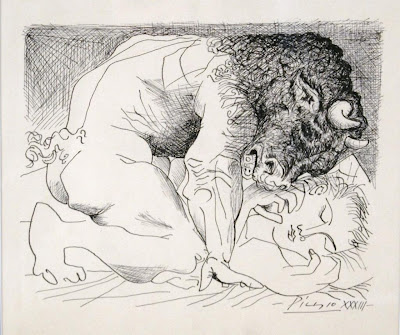 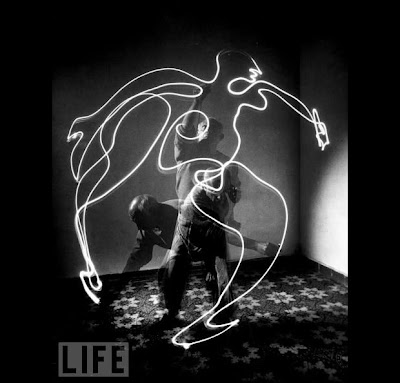 One of the drawings with light Picasso did for Life photographer Gjon Mili in 1949. 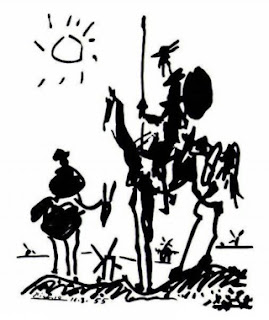 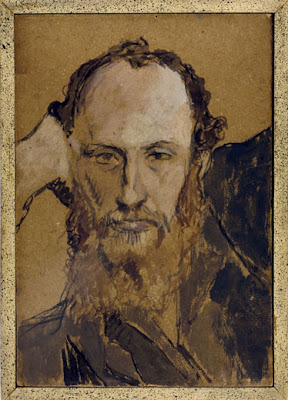 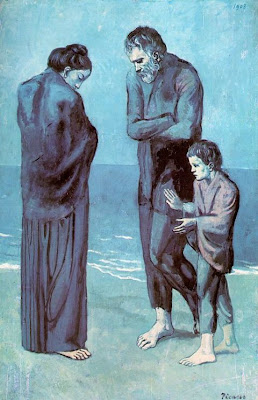 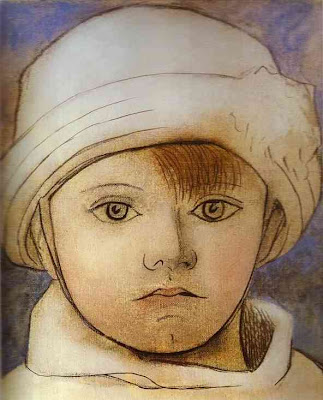 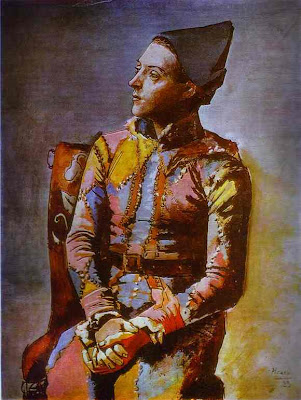 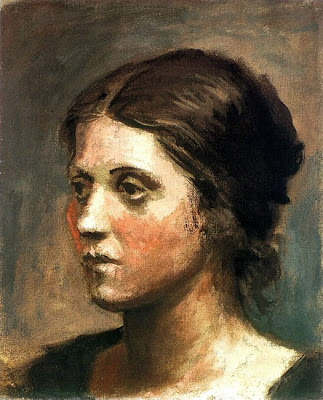 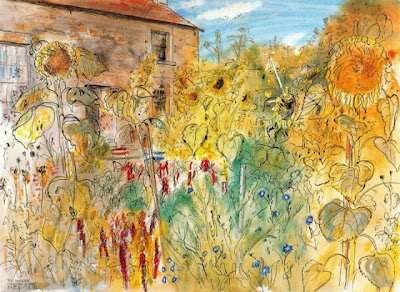 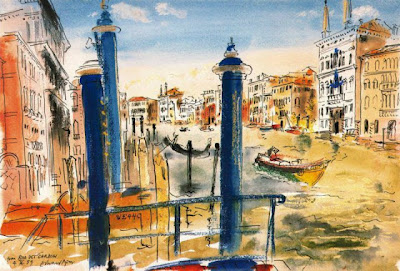 And two watercolors.
Posted by John at 7:17 PM

Not just school children 'love to hate' Picasso. I, personally, love his work; no, not all of it; but, an awful lot. Think he's a master of colour and shape. Have had the fun and learning experience of copying some of his 'Ladies in Hats' series. One of these copies is hanging in our front foyer of the condo (to scare people when they enter!). However, I do not have one friend or acquaintance who would give you a nickel for a Picasso. Aren't they just silly! Am reading "In Montmartre: Picasso , Matisse and the Birth of Modern Art" by Sue Roe right now. People loved to hate he and his contemporaries in the early 1900's, too! Not an easy life for an artist; but, they certainly lead 'colourful' lives. Regina, Canada