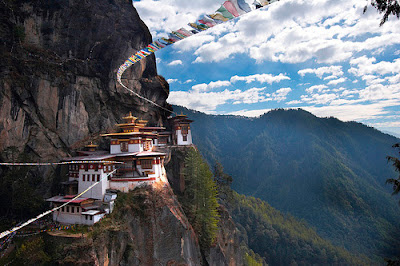 The Paro Taktsang or Tiger's Nest Monastery in Bhutan was built in 1692 around a cave where Guru Padmasambhava, who introduced Buddhism into the region in the 8th century, was said to have meditated for three months. 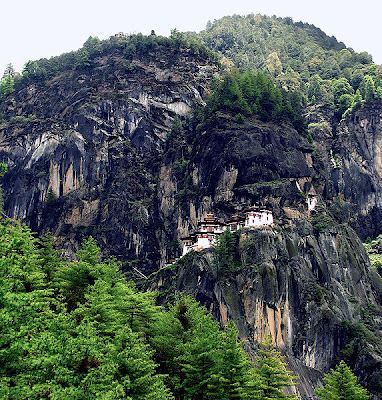 Padmasambhava is supposed to have reached Bhutan by flying on the back of a tigress from his home in Tibet. The cave became a sacred spot, and other important Buddhist leaders came there to meditate as well. 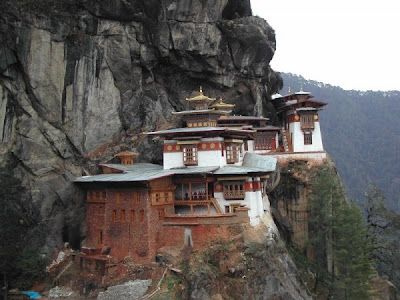 The man who built the monastery, Tenzin Rabgye was said to be Padmasambhava's reincarnation. 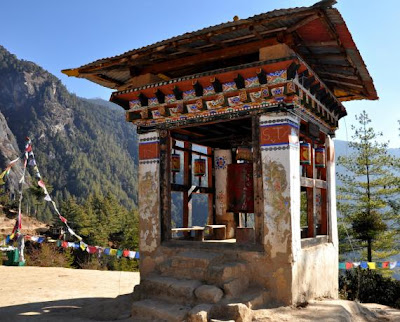