On November 12, Iranian authorities announced that there had been an 'accidental explosion' at a missile base near the city of Malard. But recent satellite images show very extensive destruction at the site; take a look at these before and after photos: 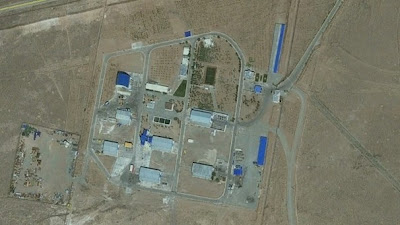 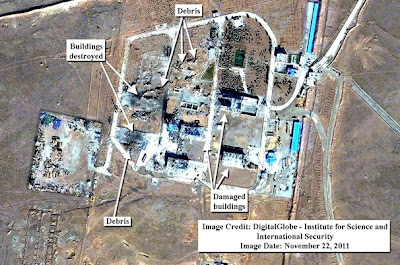 I'm no expert, but that looks to me like the result of more than just an accidental explosion.

Iran has been hit by a rash of explosions over the past few years, especially at oil facilities. The authorities have called them all 'accidents,' but some observers say there have been too many for that:

. . . increasingly strict sanctions prohibiting Western companies from maintaining key installations in Iran could also be to blame. “Now, many projects are finished by Iranian companies without observing safety standards,” said Reza Zandi, an Iranian journalist who specializes in energy issues.

“There is clearly an increase in incidents in recent years,” said Mohammad Abumohsen, an inspector of oil and gas pipelines.

At least 17 gas pipeline explosions have been reported since last year, compared with three in 2008 and 2009. At the same time, nearly a dozen major explosions have damaged refineries since 2010.

Others think this is the work of saboteurs. Suspicion naturally falls on the Israelis and the CIA, but if so they must be covering their tracks well; Iran would surely trumpet any captured Israeli or American agents, or proof that they were at work in the country.

Very murky goings on, indeed.
Posted by John at 7:34 AM