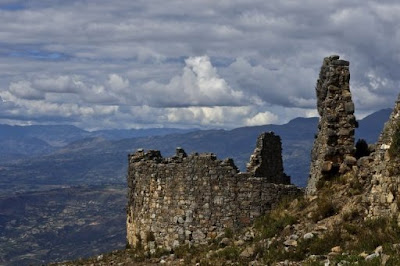 Marcahuamachuco is a pre-Inca archaeological site in Peru, occupied from AD 300 to 700. 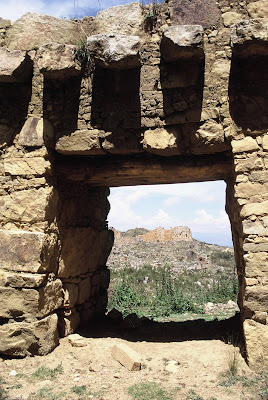 Until recently it was very difficult to get there, but a new road has been built into the area, tourism is increasing, and the Global Heritage Fund has take on the preservation of the site as a project. The site has been severely looted, and although there have been several multi-year archaeological investigations, few impressive artifacts have made it into official hands. 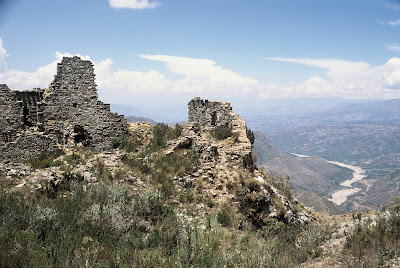 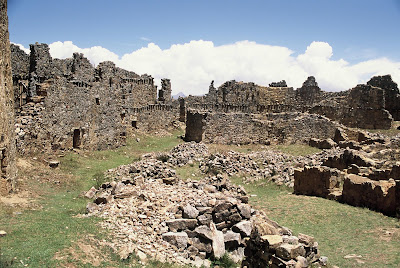 Like Machu Picchu, to which it is often compared, the site is located on a high plateau in what is today a remote district, making for spectacular views. The plateau has an elevation of 3,200 meters (10,000 feet) and is quite large, measuring about 5 kilometers long and 500 meters wide (3 miles by 1600 feet). The ruins are extensive and include several separate structures, plus numerous grave mounds. 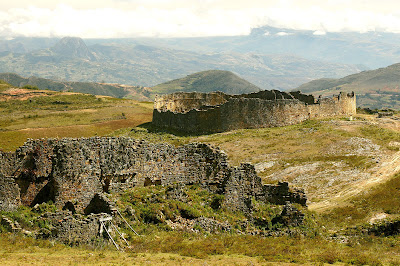 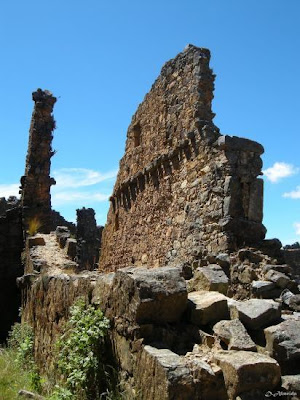 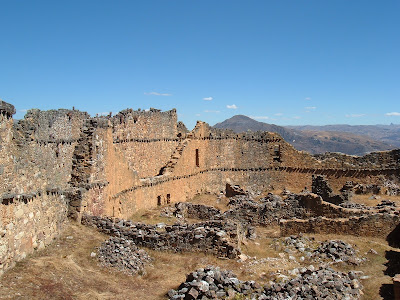 One of the most striking features of the site is these double-walled enclosures; nobody knows why the double wall. No other structures like them are known in the region. In fact, it is entirely unclear where the people who built the citadels came from or what culture they belonged to. 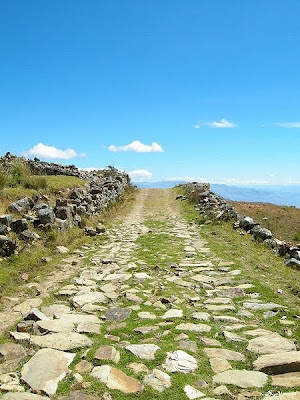 Inca road building is justly famous, but they were building on a tradition that goes back to much earlier times, as in this road to Marcahuamachuco. 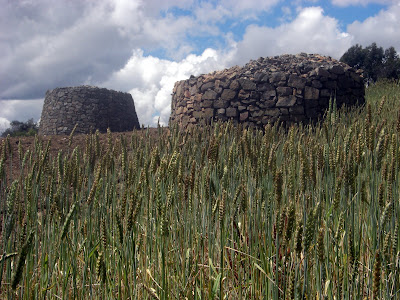 I haven't been able to find out what these are. 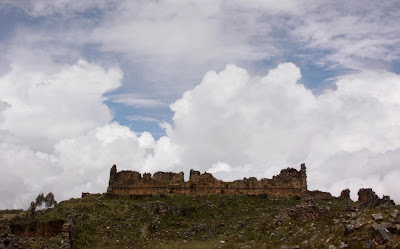 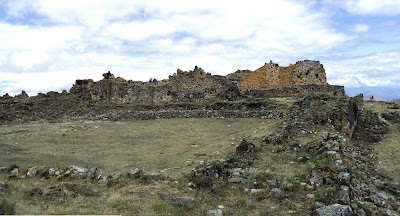 How do you get to the site? Is it a long walk or is there a street leading to it? Looks really great and fascinating!