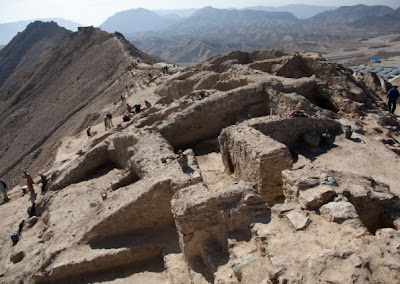 In Afghanistan, an international team of archaeologists is racing to uncover the ruins of a group of Buddhist monasteries dating to the Kushan Empire of the second to sixth centuries AD. The area, called Mes Aynak, will soon be the site of a giant open pit copper mine being developed by Chinese companies. 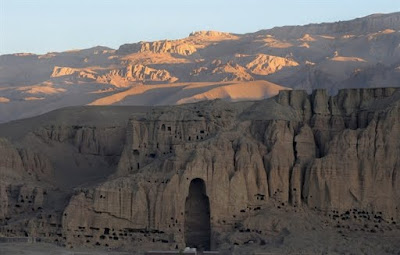 In this image of the ridge, you can see the enormous niche that once held a statue of the Buddha, destroyed by the Taliban in 2001. The other niches and caves are also human creations, some of them shrines, others copper mines, some copper mines that became shrines. 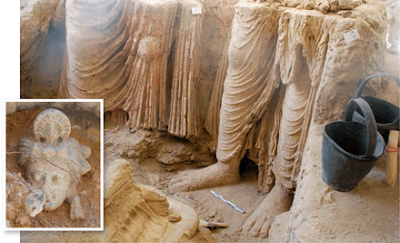 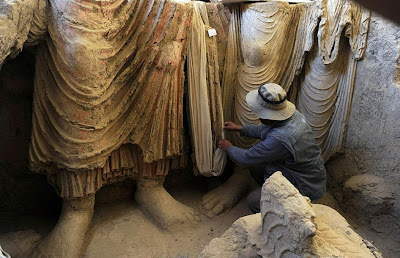 The Kushan Empire was a cultural crossroads whose wealth came from controlling the silk road and the other caravan routes of central Asia. In these statues you can see the lingering influence of the Greek Bactrian kingdom, left behind by Alexander the Great. 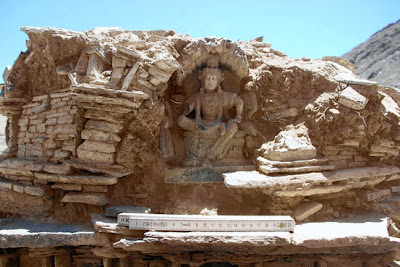 And this tiny idol in its niche shows the influence of India. 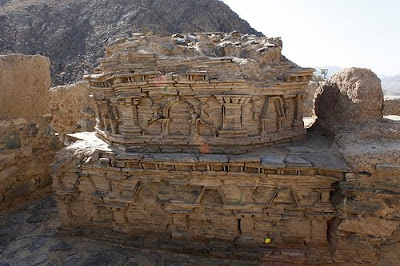 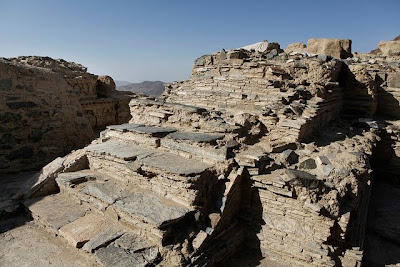 Much of the archaeological world is wringing its hands over this, but although I find this loss sad, I can't feel any anger about it. The Chinese are investing $3.5 billion in this mine, by far the largest ever foreign investment in Afghanistan -- unless you count the American and Soviet invasions. Right now the economy of Afghanistan consists essentially of US aid and opium smuggling. If the country is to survive after American troops leave, they have to find some other ways to make money, and right now mining and natural gas drilling seem to be about the only options. The Afghan government delayed the mine for a year to allow archaeology, and much has been uncovered, as you can see in these photographs.
Posted by John at 7:08 AM

do you know where these recovered artifacts will be housed and so that rest of the world get to see them in real.