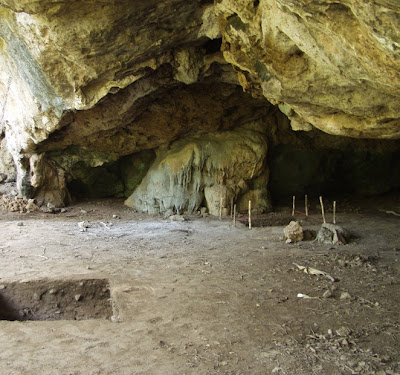 The world's oldest fish hook has been unearthed at a site in East Timor, alongside evidence that modern humans were catching fish from the open ocean as far back as 42,000 years ago. The discoveries, from a limestone cave site known as the Jerimalai shelter on the north of the island, are published today in Science.

Sue O'Connor, an archaeologist at the Australian National University in Canberra, and her colleagues found two broken fish hooks made from shells. They dated one to approximately 11,000 years old and the other to between 23,000 and 16,000 years old — the earliest known example of fish-hook manufacture. 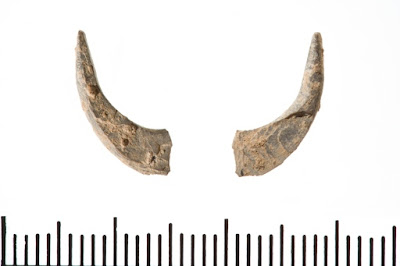 The oldest previously known fish hooks are associated with the beginnings of agriculture, which in South East Asia was around 5,500 years ago, says O'Connor.

The team also found more than 38,000 fish bones at the site, dating the oldest back to 42,000 years ago. Some were from inshore species, but almost half were from 'pelagic species' — fish that dwell in the open ocean, providing the oldest known evidence of humans fishing far from shore. The most commonly found pelagic species at the site were Tuna, but there was also evidence of humans eating sharks and rays, among others.

“That these types of fish were being routinely caught 40,000 years ago is extraordinary,” says O'Connor. “It requires complex technology and shows that early modern humans in island South East Asia had amazingly advanced maritime skills.”

Since people made it to Australia 50,000 years ago, they were obviously capable of crossing deep seas. This evidence of deep sea fishing may help explain how they got that skill. Note that hominid fishing is older than Homo sapiens:

Far older fish bones have been found at sites in southern Africa – those at the Blombos Cave in South Africa, for example, date from 140,000–50,000 years ago – but they have generally been from inshore species whose capture would require less complex technology. A small number of tuna vertebrae have been found, but these can be attributed to scavenging of fish washed up on beaches, says Richard Klein, an archaeologist at Stanford University in California, who has worked extensively in the region. The oldest known fishing tackle from the vicinity dates from around 12,000 years ago, but it includes only bone gorges (straight hooks) and net sinkers, probably used exclusively inshore, he adds.

O'Connor thinks that coastal sites that could have provided more evidence of early maritime technology in Africa may have disappeared owing to a rise in sea levels over time. The Jerimalai site — which was preserved because it perches high up on the edge of an geologically uplifting coastline — provides a “window into what early modern humans were capable of”, she says.