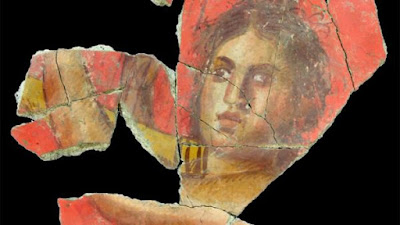 Archaeologists from the Museum of Ancient Arles in southern France have announced the discovery of frescoes from a villa they have been excavating since last year. The frescoes date to between 70 and 20 BCE. (Above, a woman playing a harp.) 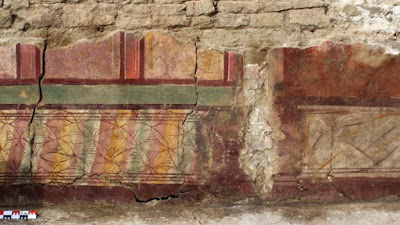 Some of the fresco panels are substantially intact, but there are also 12,000 fragments that the excavators hope to reassemble, although they admit it might take a decade. 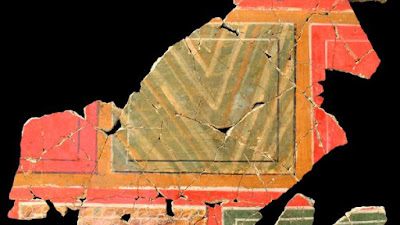 The villa where these were found was part of a lavish neighborhood, and the excavators plan to move on to another one next year.
Posted by John at 7:12 PM