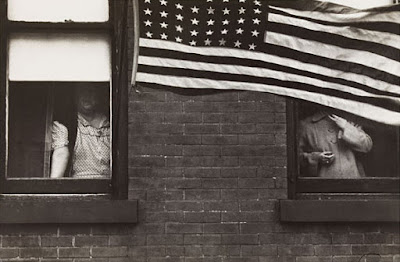 In 1955 Swiss-born photographer Robert Frank embarked on a 10,000-mile road trip across America with his camera by his side. The result was a book titled The Americans, which became a sensation. 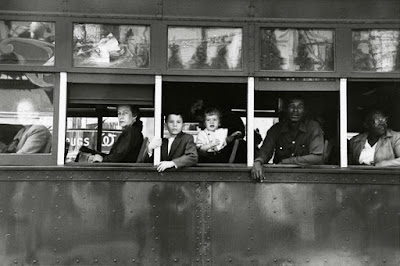 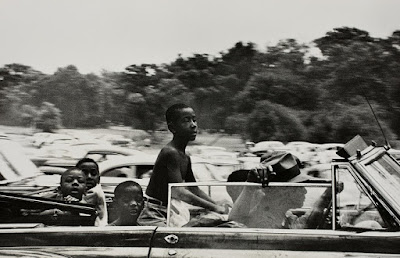 Artistic types were fascinated by the way Frank successfully straddled the line between photojournalism and art:


When it comes to a discussion of the dichotomy between self-expression and reportage, Robert Frank’s enduring classic The Americans is a fine place to start. As an undergraduate student straddling the fence between photojournalism and art in the 1980’s, I, like countless others before and since found myself drawn to this dark, grainy little book. Much of what made The Americans resonate was the tension brought on by the book’s brash, subversive quality. This was liberating: photographs made with a subjective eye, shedding the pretenses of journalistic objectivity and stylistic convention. 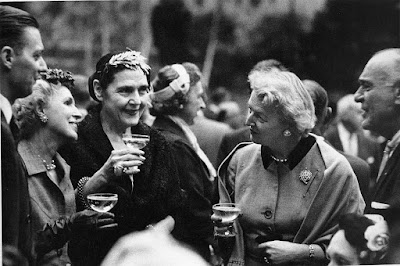 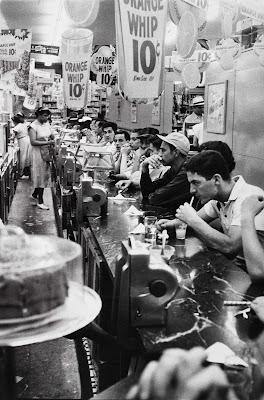 
I have been frequently accused of deliberately twisting subject matter to my point of view. Above all, I know that life for a photographer cannot be a matter of indifference. Opinion often consists of a kind of criticism. But criticism can come out of love. It is important to see what is invisible to others—perhaps the look of hope or the look of sadness. Also, it is always the instantaneous reaction to oneself that produces a photograph. 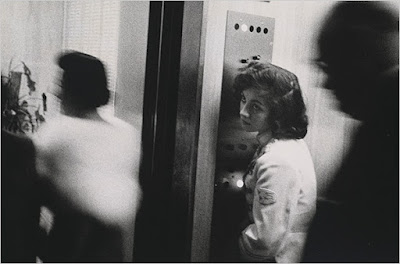 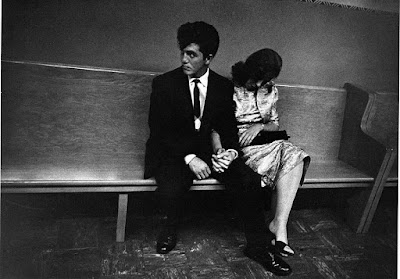 Looking at these I go back to an old question of mine: what makes some photographs so much better than others of the same thing? 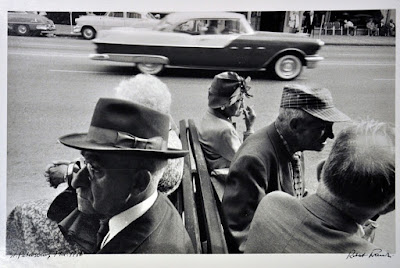 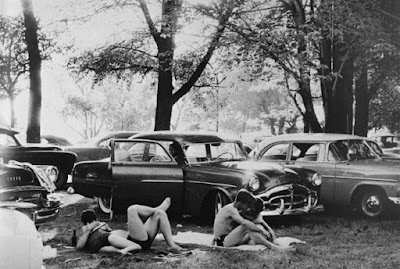 And another question: these photographs were widely interpreted as a critique of America from the left, and Frank is often seen as one of the Beat Generation; but why? Other than the famous image of the New Orleans trolley, what gives these any ideological charge? Frank himself said that during this trip his view of America darkened, as he became more aware of racial tension and other issues. But I honestly don't see it; these just look like excellent pictures of America to me. It takes a certain sort of mind to see any honest depiction of bourgeois society as inherently revolutionary. 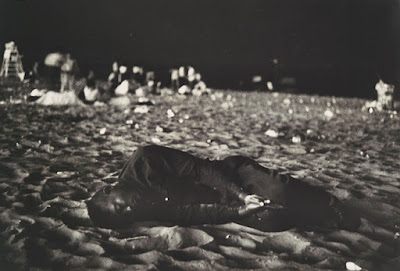 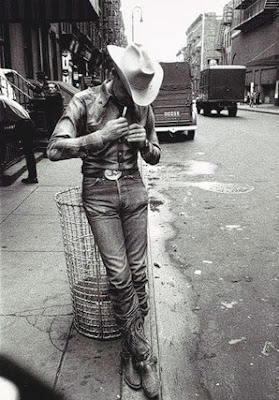 But what great pictures these are, and how great that we have this record of the American past. 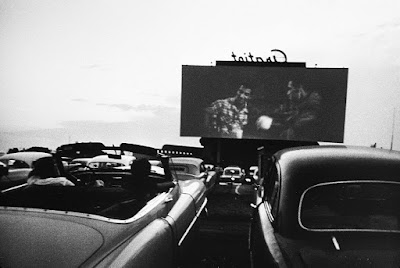