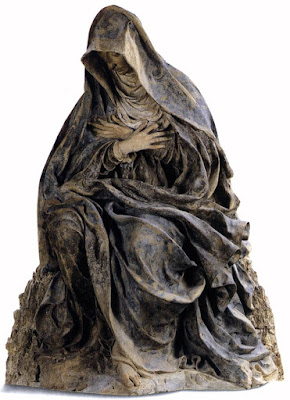 Germain Pilon (1525-1590) was a French sculptor of the Renaissance. He was born in Paris and trained with his father, André Pilon; they are known to have executed some works together. He then worked for a while in the studio of Pierre Bontemps. Above, terracotta model for Mater Dolorosa, which I prefer to the finished marble version. 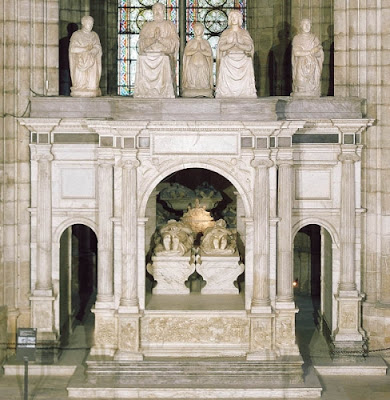 In the sixteenth century the tombs of French royalty grew into small buildings with numerous sculptures, and Pilon spent a good chunk of his career working on two these. Above is the tomb of Francis I. 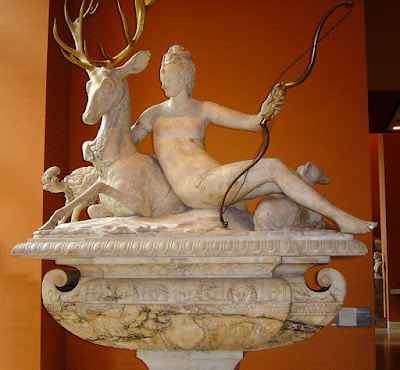 Diana and the Stag, a work that used to be attributed to other sculptors but these days is often attributed to the young Pilon. It was heavily restored in the 18th century. Now in the Louvre, it once graced a fountain at the Château d'Anet, which was built for Diane de Poitiers, Henri II's mistress. 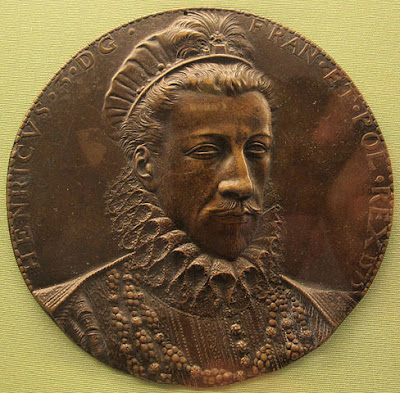 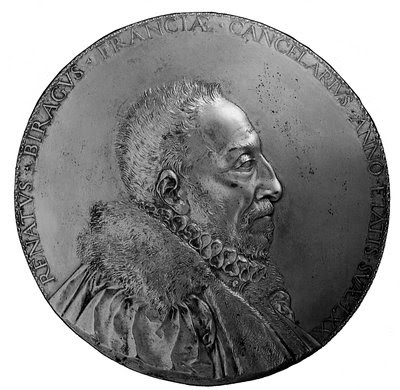 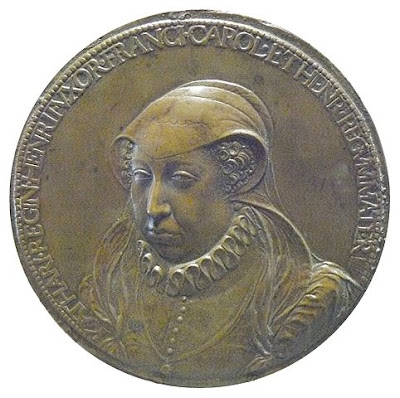 From 1555 on Pilon designed medals for the royal court. Above, Henri III, Rene de Birague, and Catherine de Medicis, wife of Henri II and then widow-regent.

The Three Graces, famous monument for the heart of Henri II, commissioned by the queen after his death in 1559. The custom of burying the king's heart separately from his body allowed him to bestow royal favor on two different churches, with the heart going to a personal favorite. The original urn was smashed during the Revolution and this one is a 19th-century replacement. Because these figures are so stylized, their anatomy  highly distorted, this is considered a work of mannerism as it was practiced in Italy at the time. 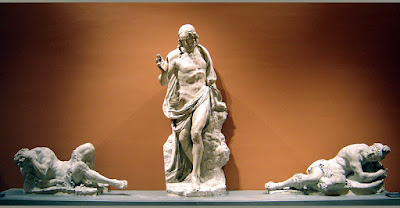 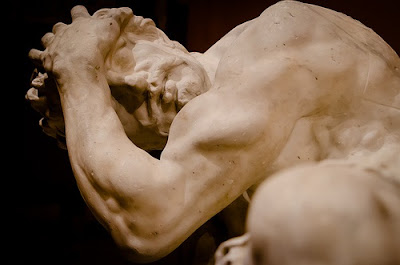 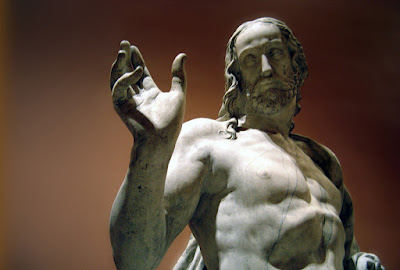 Resurrection, and details; the crouching figures are Roman soldiers. 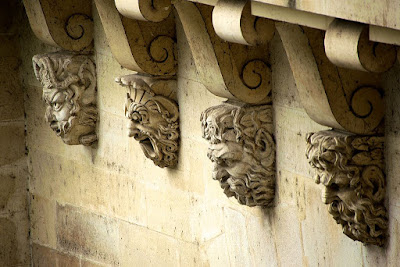 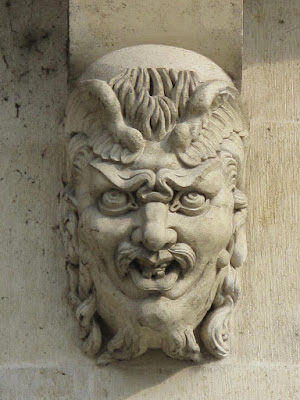 Pilon had something to do with the delightful masks on the Pont Neuf in Paris, but I have not been able to determine exactly what. There are 385 in all, so obviously he did not carve all of them. Construction of the bridge began in 1577 when Pilon was the leading sculptor of the court, but it was not completed until 1607, 17 years after his death. But, anyway, he is sometimes listed as their sculptor. The masks are said to be caricatures of leading nobles and other figures of the court, which is a fascinating idea, if only I could find out anything about who actually carved them and when. 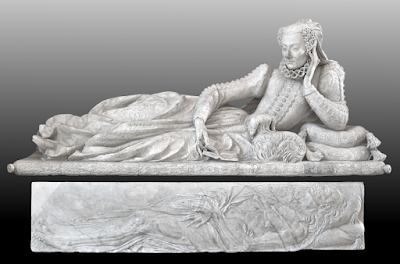 Tomb of Valentine Balbiani. This is a composite image, showing both the main sculpture on the tomb top and the rendering of her decomposing corpse from the base. 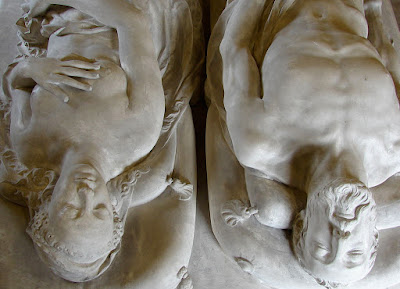 Tomb of Henri II and Catherine de Medicis.
Posted by John at 7:43 AM