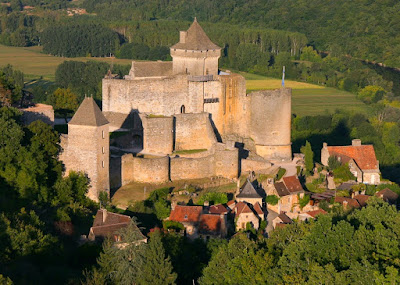 Today's castle is Castelnaud in the Dordogne region of France, once on the eastern border of the great Duchy of Aquitaine. 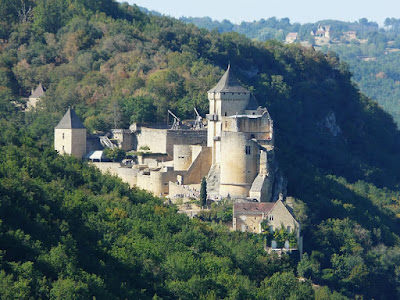 The first castle was built here in the 12th century. In 1214 it belonged to Bernard de Casnac, one of the most outspoken Cathar nobles of France. After the Albigensian Crusade was declared, the crusading army under Simon de Montfort made this one of its first targets, and the castle was taken and destroyed. Only foundations survive from that early fortress. 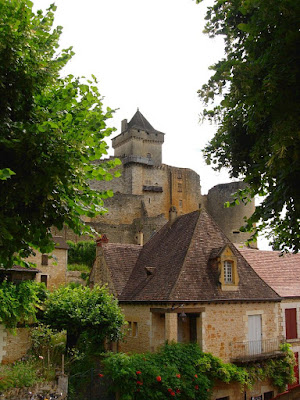 After 1259 new castle was built on the site by the Duke of Aquitaine, that is, King Henry III of England, and entrusted to an allied knightly family who adopted the name Castelnaud. In 1368 an heiress of that family married Nompar de Caumont, and the Caumonts held the place down to the Revolution. 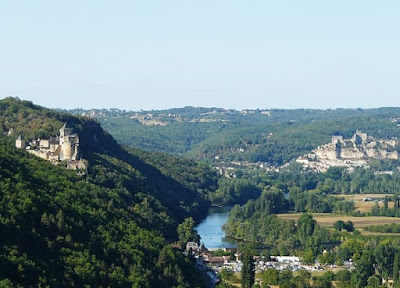 Castelnaud sits almost directly across the river from another famous castle, Beynac. During the Hundred Years War the Dordogne River was the boundary between English-held Aquitaine and France; Castelnaud was on the English side, while Beynac was held by the French. Although there were no great battles or sieges here, there must have been constant low-level fighting for years at a time. Both castles were much enlarged and improved during those years. 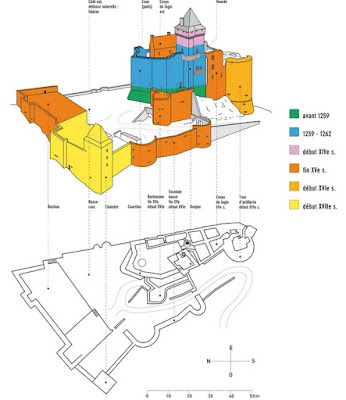 Plan of the castle. You can see the lower part of the keep and some surrounding walls date to the 13th century, with much of the rest dating to the 14th and 15th. The French crown finally took the castle in 1442, but the Caumonts switched sides and got their castle back. 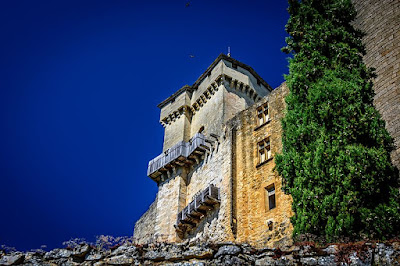 During the 16th-century Wars of Religion there was again much fighting in this area, and the fortifications of the castle were strengthened with bastions and canon. The castle was held by a Protestant captain named Geoffrey Vivans who comes down to us as Geoffrey the Batteler; not surprisingly, the Catholics never managed to take it. 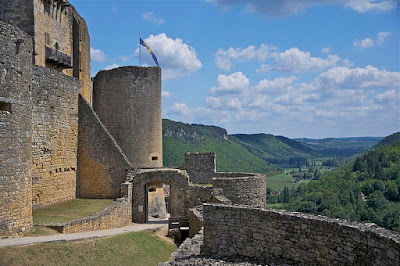 In the 17th century the Caumonts moved to a more modern home, and the castle was largely unoccupied; after the Revolution it fell into ruins and was used as a stone quarry. 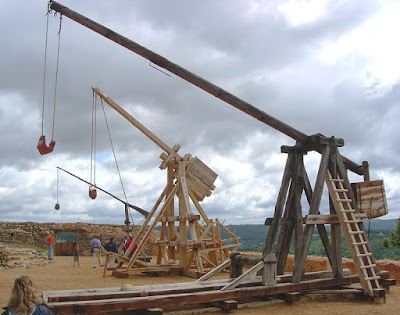 Today the castle belongs to the Rossillon family, who have restored much of it and operate it as a museum of medieval warfare. Above, some of the trebuchets on display. Sixteenth-century archer's wristguard, ivory, on display in the museum. 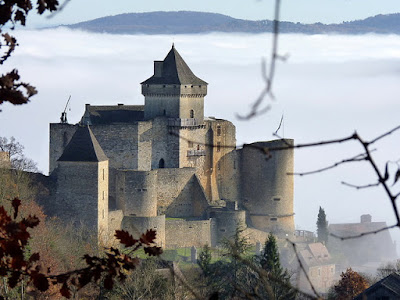 Oh to see it like this, with the modern world hidden in the fog.
Posted by John at 6:26 AM

A foggy morning in a cold, drafty stone castle? Well I suppose at many points in history, it was better than being stuck outside the castle, but still...

Be it ever so humble, there's no time like the present - even if only because we have smaller percentages of the world population toiling to death without any control over their lives, and communicable diseases are much less awful.

Perhaps it is best sometimes to just enjoy the reverie, and not to moralize.