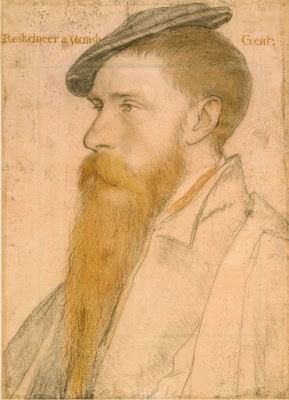 Hans Holbein the Younger (1497-1543) is better known to lovers of history than lovers of art. His portraits of Henry VIII and all the other figures of Henry's court dominate our imagination of Tudor England, and every textbook of English history is lavishly illustrated with his works. There is much less Holbein in histories of art. Yet I find his best work remarkable. I start with his drawings, done in chalk, many of which I can't remember seeing before today. All of Holbein's portraits began as drawings, and many of the drawings survive alongside the paintings. In fact we have some drawings without matching paintings, because the painting was lost or never finished. Above, William Reskimer, c. 1532-1534. 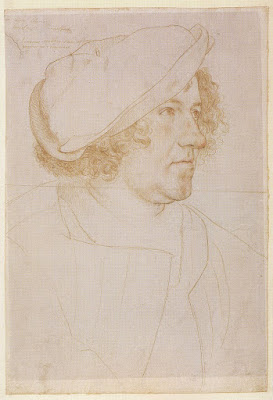 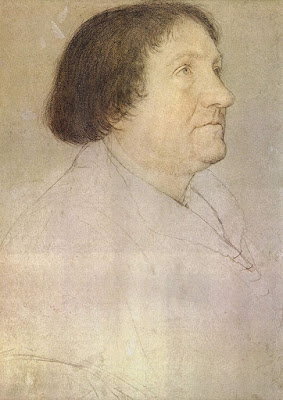 Burgermeister Jacob Meyer of Basel, c 1526-1530. Holbein was born in Augsburg and worked in his father's studio, but he did his apprenticeship in Basel and began his artistic career there. 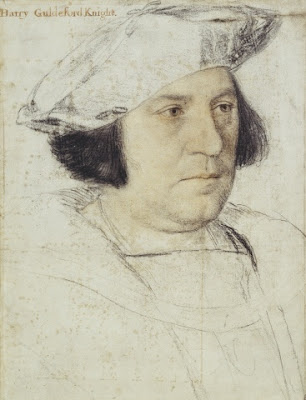 Holbein traveled to England in 1526, with a letter of introduction from Erasmus to Sir Thomas More. He stayed for two years, went back to Basel for four years, and then returned to England in 1532. He seems to have been brought to England the second time by Thomas Cromwell, and with Cromwell's help he became painter to the king in 1535. He spent most of the rest of his life in England. Above, Sir Henry Guildford, 1527. 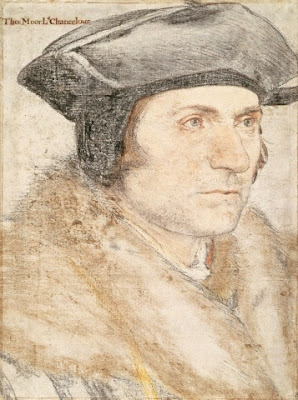 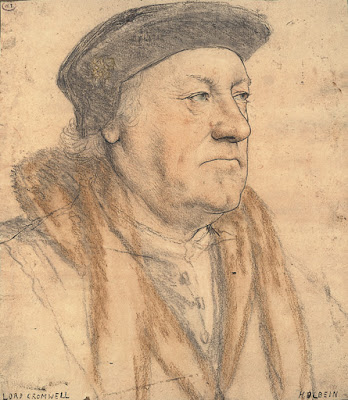 George Nevill, 3rd Baron Bergavenny, c. 1532-1535. I love this drawing. But notice the false title on the bottom, appended in the 18th century. I was once fooled by such a notation, old writing on the back of a Civil War photograph in the National Archives that said "Fort Stevens." But it was actually not Fort Stevens at all, something that was pointed out to me only after 5,000 copies of my pamphlet on the Battle of Fort Stevens had been printed. 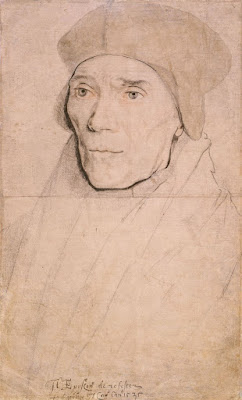 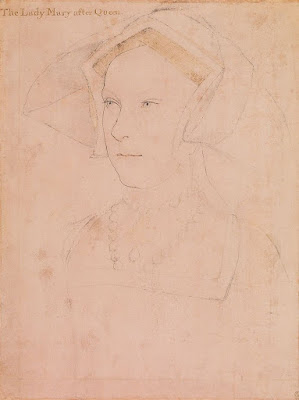 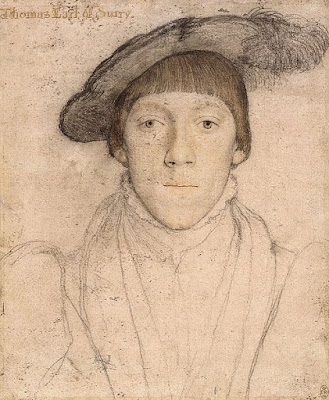 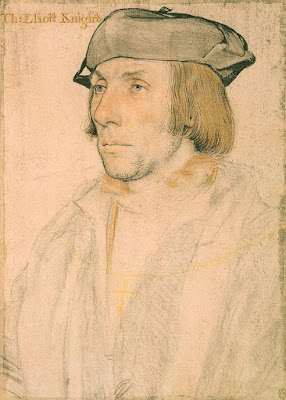 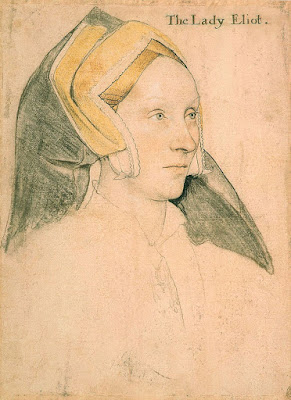 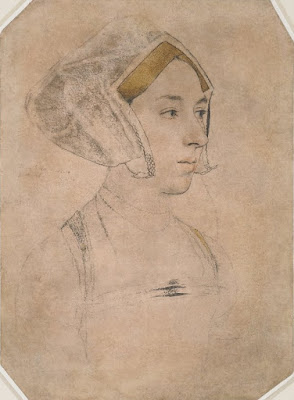 This is thought to be Anne Boleyn before her marriage to Henry, although not everyone agrees. 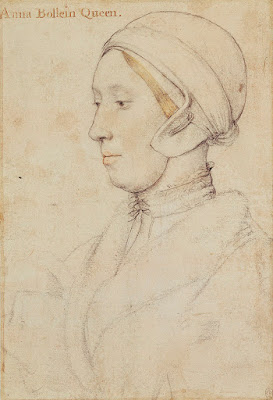 This one is generally agreed to be Anne Boleyn as queen. 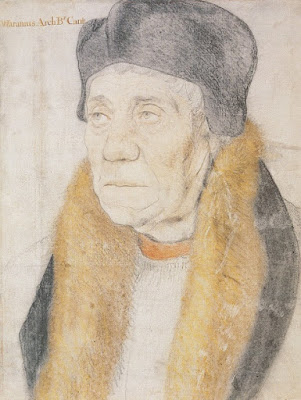 William Warham, Archbishop of Canterbury. Warham had presided at the marriage of Henry VIII and Catherine of Aragon, and then had to preside over their divorce. His expression in this portrait is exactly the way I imagine him looking throughout the divorce crisis. Wikipedia:


Warham . . . assisted Wolsey as assessor during the secret inquiry into the validity of Henry's marriage with Catherine in 1527. Throughout the divorce proceedings Warham's position was essentially that of an old and weary man. He was named as one of the counsellors to assist the queen, but, fearing to incur the king's displeasure and using his favourite phrase ira principis mors est ("the king's anger is death"), he gave her very little help; and he signed the letter to Clement VII, which urged the pope to assent to Henry's wish. Afterwards it was proposed that the archbishop himself should try the case, but this suggestion came to nothing. 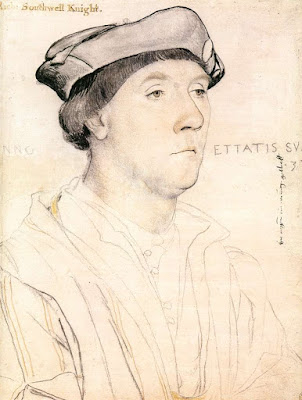 Sir Richard Southwell. What wonderful works, and how much easier it is to imagine the Tudor court with these portraits than any English court before Holbein's time.
Posted by John at 7:22 AM

One of my favorite periods about which to read history-- and how wonderful to see these life portrait sketches to give a face to those names!

Fisher looks precisely as I pictured him!