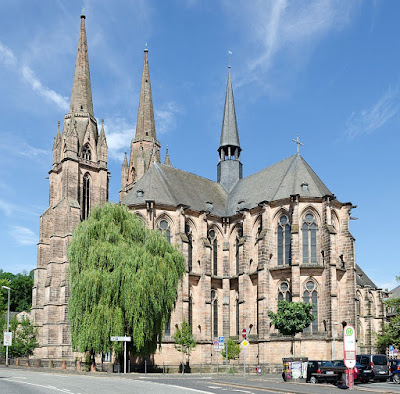 The Church of St. Elizabeth was built by the Teutonic Knights over the tomb of St. Elizabeth of Hungary, which made it a center of pilgrimage. Construction began in 1235, the year she was canonized. 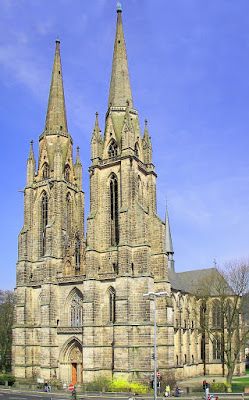 The church was consecrated in 1283, but the towers were not completed until 1340. This was one of the first Gothic churches in the German-speaking lands. It has no flying buttresses, so the walls seem rather heavy compared to many French cathedrals. 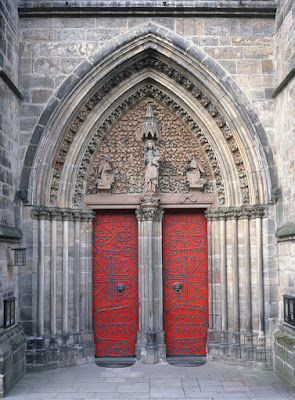 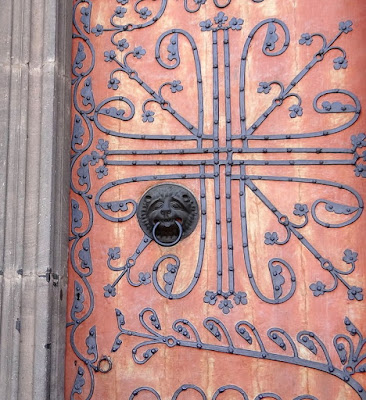 And detail of the door. 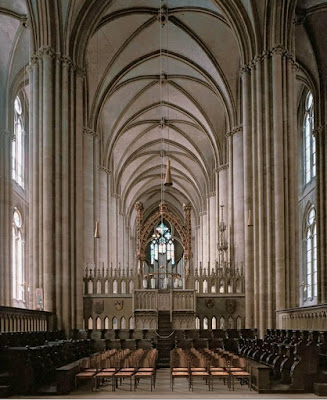 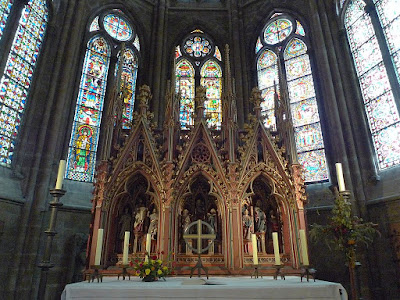 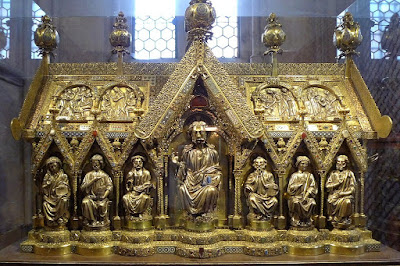 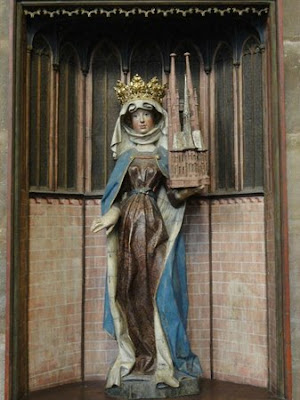 Statue and reliquary of St. Elizabeth. Elizabeth (1207-1231) was the daughter of the King of Hungary, and she was married off at the age of 14 to the Landgrave of Thuringia in Germany. (Incidentally I just discovered that in German she is called Heilige Elisabeth von Thüringen.) Elizabeth was one of those saints devoted to the church from a very early age, prone to giving her clothes and toys to the poor and suchlike. She would have preferred to become a nun, but her family would have none of that -- her marriage was too valuable a diplomatic tool to be dispensed with because of a girl's foolish holiness. So married she was, and she tried to make the best of it. Her husband was rather indulgent of her expensive piety -- once when he was away on imperial business she sold her state robes to raise money for the poor. Then in 1227 her husband died while on crusade. For the rest of her life Elizabeth was embroiled in conflict with various relatives and inlaws as she struggled to regain her dowry and spend it on a hospital to treat the poor, and fight off attempts to have her remarry. The details of these conflicts are obscure and not everyone accepts the accounts given in lives of the saint -- one version has her imprisoned and beaten by her confessor, and in another she is driven out of Marburg by her brother-in-law, who was serving as regent of Thuringia --  but we can certainly believe that recovering her dowry and spending it on charity were not easily accomplished. Elizabeth worked with Franciscans to build her hospital, and she is now considered a patron of their lay order. After Elizabeth died at 24, miracles were immediately attributed to her tomb, and she was canonized within four years of her death. 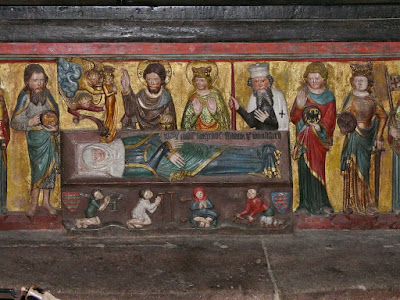 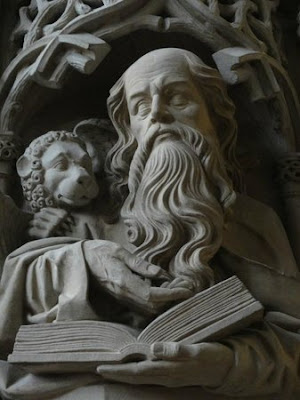 Interior details of the Marburg church. While it is not particularly grand or beautiful as Gothic churches go, it was constructed to a single unified plan in a single style, and it is remarkably intact, so it gives us a clear idea of the builders' original vision.
Posted by John at 7:29 AM